How Is An Aircraft Refueled?

You might think that refueling an aircraft is just like refueling a car. Plug in a hose, pump the gas and pay the attendant. However, a plane is an awful lot bigger than a car and decidedly more complicated. How are aircraft refueled? Let’s explore.

What type of fuel do they take?

This first question was best answered in a previous article, but in general, aircraft use a particular type of fuel that is not suitable for cars, although the fuel has found its way to the maritime industry in recent days.

There are two types of fuel, Jet A and Jet B. We will focus on Jet-A.

Where is the fuel stored on an aircraft?

You might have noticed on a plane that there isn’t much room onboard for all the passengers, cargo, and your personal bags. So how does an airline store thousands of gallons of petrochemicals?

The answer is the wings. There is a center tank that sits in the middle of the plane ( the center of gravity in most cases), and two other tanks on each wing extend nearly to the tips.

How are the planes refueled?

Now that we know what type of fuel we need, and where to put it, how do we do it?

Generally, at airports, fuel providers have low-rising fuel trucks that can park under or next to the wings. The driver will jump out of the cab and connect the hose to the wing and can pump the kerosene in at a rate of 634 gallons per minute (2,400 liters per minute). This can take anywhere from 15 to 20 minutes to refuel an aircraft.

Two trucks can work at once for the bigger plans to get the job done as fast as possible.

Refueling generally takes place between passengers disembarking and boarding the aircraft, as if something were to go wrong, only essential crew should be onboard the plane at a time. Another safety measure is that crews use anti-static devices to prevent any sparks.

“The fuel-truck must be connected to the aircraft, matching its electrostatic potential, so that the fueling rates don’t cause an electrostatic discharge in the piping,” Bergman said in the same interview.

An interesting note is that aircraft are generally only filled up with enough fuel for one leg of its flight (plus emergency fuel), to keep them as light as possible. After all, its almost guaranteed that a plane will be able to refuel at the destination, or worse case, land and refuel at the many airports around the world.

It will take 2,641 gallons (10,000 liters) for a short-haul domestic flight, or up to 18,492 gallons (70,000 liters) for a long-haul intercontinental flight (for example, Stockholm to New York). It’s also worth mentioning that sometimes trucks are not used, and that airports can have ground refueling tanks – nearly a giant gas station.

Of course, many might start to wonder why we don’t refuel planes in the air.

What do you think of this story? Let us know in the comments! 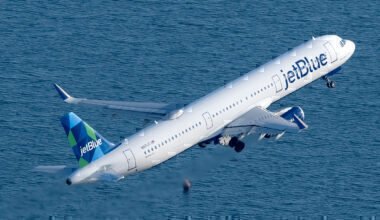 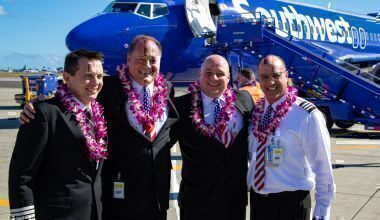 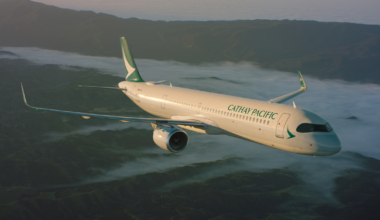 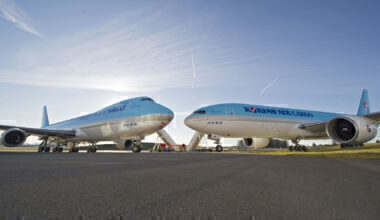 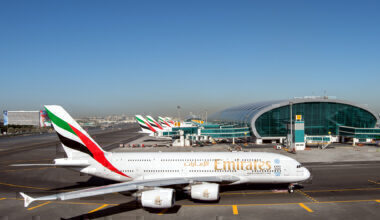