How Was LATAM Born From LAN & TAM?

LATAM Airlines Group was officially born in 2012. Nevertheless, the history of this airline goes back into the twentieth century and two countries: Brazil and Chile. Over the years, LATAM has put itself in a position to become the leading airline in Latin America. Let’s investigate further.

LAN, one of the oldest airlines in Latin America

Back in 1929, Arturo Merino Benítez created Chile’s Línea Aérea Nacional or LAN. Merino Benitez was a Chilean Commodore and is considered the founder of the air industry in this country. Santiago de Chile’s international airport is named after him.

LAN flew for the first time ten years after the first Latin American airline, Avianca. Of the oldest carriers in the region, only Avianca, LAN, Aeropostal Alas de Venezuela, and Cubana de Aviación are still operating.

The original name of LAN was Línea Aeropostal Santiago-Arica, and it provided transportation services to passengers, cargo, and mail. For 60 years, LAN was a state-owned company.

Then, in 1989, the Chilean government sold 51% of its share and started a privatization process. During the 90s, the Chilean carrier expanded, and by the turn of the century, it entered the oneworld alliance.

In 2000, LAN bought 27 new Airbus airplanes, and by 2004 it had expanded to several Latin American countries. It operated in Chile (with LAN Airlines and LAN Express), Peru, Ecuador, and Argentina. Additionally, it acquired the Colombian airline AIRES and turned it into LAN Cargo.

TAM began as a Cessna airline

TAM stands for Táxi Aéreo Marília, and it was an air-taxi company. Five pilots founded this new carrier in January 1961 and originally had four Cessa 180 and one Cessna 170 as is entire fleet.

In 1975, the Government of Brazil founded another TAM, Transportes Aéreos Regionais. It started its operations with the first commercial airplane of Embraer, the EMB 110.

By that time, Brazil had a long history of air travel services. The first airline to appear in the South American giant was called Varig. It was founded back in 1927, right around the same time another carrier: Serviços Aéreos Cruzeiro do Sul. Both had German origins and were even linked to the first Deutsche Lufthansa.

Eventually, both Varig and Serviços Aéreos Cruzeiro do Sul disappeared. GOL Linhas Aereas, one of the leading carriers in Brazil at the moment, absorbed Varig after buying it at the cost of US$320 million.

Meanwhile, TAM had a long road ahead. It was until 1998 when the Brazilian carrier completed its first international flight from Sao Paulo to Miami. But, by 1996, it had expanded its services outside of Brazil by buying Paraguayian airline Lapsa and turning it into TAM Mercosur.

In 2001, TAM established its Services Academy and an MRO. Three years later, it started flying to Santiago de Chile and in 2005 to New York and Buenos Aires. In 2010, TAM joined Star Alliance. One year then, the merger began.

LAN and TAM become one.

In 2011, LAN and TAM signed tying arrangements and began the merger process. One year later, both carriers became one under the brand LATAM Airlines Group. After a few years in which the new airline was a part of oneworld, it finally exited in 2020.

In 2019, the carrier had more than 70 million passengers worldwide. It had a fleet of 342 airplanes and over 41,000 employees. LATAM Airlines had 145 destinations in 26 countries and 155 shared codes. It had US$742 million in operating income with a 7.1% margin. It had branches in Brazil, Paraguay, Argentina, Chile, Peru, Colombia, and Ecuador.

Nevertheless, in 2020, the Group filed for a Chapter 11 bankruptcy due to the current coronavirus crisis.

Have you ever traveled with LATAM? How was it? Let us know in the comments. 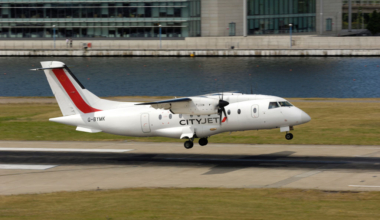 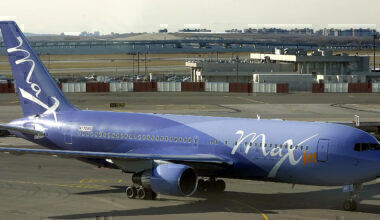 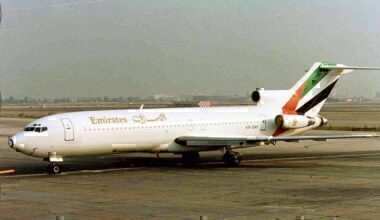