Why And How Was IAG Created?

International Consolidated Airlines Group, S.A., or IAG as they are better known, are one of the most recognisable and powerful airline conglomerates in the world today. But who are they really, and why were they created?

IAG was formed following a merger between the flag carrier of the United Kingdom, British Airways, and Spain’s national airline, Iberia, in January of 2011.

British Airways’ shareholders approved a £5bn merger between their airline and Spanish carrier Iberia to form the 6th largest airline in the world. Seeing as British Airways were the larger of the two airlines at the time of the merger, the U.K. airline received 55% of the new company’s shares.

Why was IAG created?

With both British Airways and Iberia struggling to compete with up and coming low-cost carriers like easyJet and Ryanair, British Airways chief executive, Willie Walsh said the merger would not only benefit both airlines but customers as well.

“The merged company will provide customers with a larger combined network,” he said while talking to shareholders, as reported by the BBC.

Calling the merger a “key move” chairman and chief executive of Iberia Antonio Vazquez said: “This is an important step in the process towards creating one of the world’s leading global airlines that will be better equipped to compete with other major airlines and participate in future industry consolidation.”

Before the merger, both British Airways and Iberia were expected to announce heavy losses, which in the case of BA were predicted to be the biggest. The airline had suffered since being privatized.

Due to the fact they had few overlapping routes, it would allow both airlines to be more competitive with global airline powerhouses Air France and Lufthansa.

It also opened the door for British Airways to move into Iberia’s South American market. At the time of the merger, BA only flew to three destinations in South America: Buenos Aires in Argentina and Rio de Janeiro and São Paulo in Brazil.

Iberia, in contrast, flew to the same three South American destinations as BA, plus eight others.

While this was good for British Airways, the merger gave Iberia new places to fly to in the United States and Canada, while also allowing the new partners to share information on fares.

Given the time period where global reach airlines were struggling to make a profit, analysts saw mergers as being the salvation for larger airlines like BA.

“The merger makes huge sense for passengers and airlines alike. It will allow participating airlines to spread their cost base, something they desperately need to do,” said Ashley Steel, global chair for transport and infrastructure at KPMG while being interviewed by the BBC.

Stone even said called the move a stepping stone towards a merger with American Airlines. However, a merger with the United States’ largest airline never materialized. But IAG and American did agree to a joint venture where they share revenue, and are, of course, partners in the Oneworld Alliance.

Since the merger back in 2011 AIG has incorporated Aer Lingus, Vueling and Level airlines under its umbrella, with 573 aircraft flying to 268 destinations around the world. IAG also just threw Boeing a lifeline by signing a letter of intent to purchase 200 Boeing 737 MAX aircraft in a deal said to be worth $24bn. 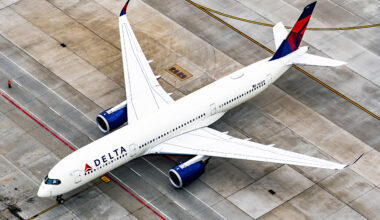 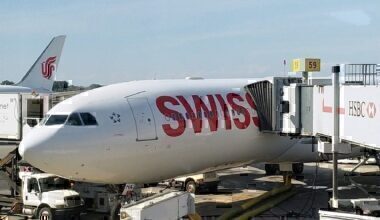