IAG To Defer 68 Aircraft Deliveries Across Next 3 Years

IAG’s first-quarter results, published today, were as weak as expected. Amid a half a billion euro loss, the group shared its plans to return from the COVID-19 crisis. Predicting passenger demand to take three years to recover, the group is planning to return with a smaller and younger fleet, eyeing early retirements of older jets and deferrals of new orders for the next three years.

As part of the IAG results announcement for the first quarter of 2020, it was clear that the group was planning to come back from the COVID-19 crisis with a smaller and younger fleet. Alongside posting an operating loss of €535m ($577m), IAG stated it would defer a large number of aircraft deliveries. In the report, it said,

“IAG does not expect the level of passenger demand in 2019 to recover before 2023, making further Group-wide restructuring measures essential; as a result, IAG expects to defer deliveries of 68 aircraft.”

In addition to pushing back new aircraft deliveries, IAG is looking to return 20 leased aircraft during 2020. It also has the flexibility to not renew leasing contracts in 2021 and 2022, for a total of 96 aircraft.

The group further said it would be accelerating the planned retirement of Boeing 747s in the British Airways fleet, although it only noted two would be retired early. Other 747s, along with A340s, would be assessed for early retirement.

Which aircraft will be deferred?

A slide shared on Twitter gave us some further insight into where and when these cuts will be made.

British Airways is to retire an additional 2 Boeing 747 aircraft in 2020, in addition to planned retirements. It is also investigating early retirement of the aircraft.

The future of Airbus A380 at BA is not mentioned. pic.twitter.com/DXkYQqOC3k

Across the IAG airlines, 11 long-haul and 57 short-haul aircraft will be deferred. Of these, three long haul deliveries will be dropped in 2020, none in 2021 and eight in 2022. IAG has made no clear indication of what aircraft types will be pushed back, but we can speculate to some degree.

Across the group, British Airways, Iberia and Aer Lingus all have long-haul aircraft on order. These are split between Airbus and Boeing, with A350s, 787s and the BA order of the 777X on the books. It’s hard to say which three will be dropped this year, but it won’t be the 777X as these aren’t due until 2022. Eight are due that year, so BA could potentially push back the delivery of all eight until travel demand stabilizes.

On the short-haul side, three will be deferred this year, and then 27 in both 2021 and 2022. All IAG airlines use Airbus models for short-haul services, and all outstanding orders are from the A320neo family. There is, of course, that 200 aircraft 737 MAX order in the pipeline, but this is still at the Letter Of Intent stage, so not a firm order. As such, all the deferrals will be made on the Airbus side.

A ‘meaningful ‘return to service in June

Despite the future planning of the group clearly pointing towards a slow demand recovery, IAG CEO Willie Walsh was keen to stress the near term plans to bring back service. He stated that,

“We are planning for a meaningful return to service in July 2020 at the earliest, depending on the easing of lockdowns and travel restrictions around the world.”

He went on to say that the group is working with regulators to ensure a safe return to service, both for passengers and employees. He indicated that there could be a fundamental change in the way air travel operates, nodding towards 9/11 and the way aviation “has adapted to developments in security requirements in the past.”

Although this points to a short-term recovery, or at least to the start of one, Walsh was clear that he did not expect demand to return to previous levels any time soon, saying,

“…we do not expect passenger demand to recover to the level of 2019 before 2023 at the earliest. This means Groupwide restructuring is essential in order to get through the crisis and preserve an adequate level of liquidity. We intend to come out of the crisis as a stronger Group.”

What do you make of IAG’s delivery deferrals? Let us know in the comments. 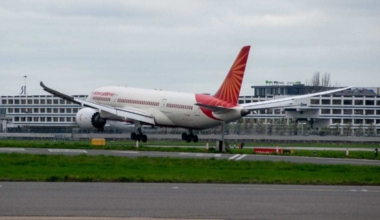 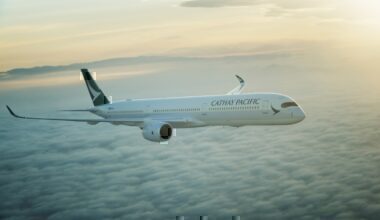