On Monday morning, airline body IATA called on Middle Eastern governments to help airlines manage the financial impact of the coronavirus. The outbreak has lead to an avalanche of flight cancellations in and out of the region, and airlines stand to lose hundreds of millions of dollars in revenue.

Depending on air connectivity

“The region depends on air connectivity, and support from governments will really help the airlines to get through this difficult period,” the International Air Transport Association’s Vice President for Africa and the Middle East Muhammad Ali Albakri told reporters.

IATA representatives say it is not calling for state bail-outs, but that governments could help airlines reduce these direct costs incurred by daily operations. Governments control a number of airline operating costs, such as taxes and landing and overflight fees. Reducing these could help carry a little of the burden.

Most Middle Eastern carriers are state-owned and largely unprofitable. The airlines have already canceled most flights to China and reduced some other Asian routes. IATA says that, at this stage, airlines in the region stand to lose around $100 million in revenue. Emirates, the flag carrier for the UAE, has already asked its staff to take out leave, both paid and unpaid, to help it manage the “measurable slowdown” in demand.

Entry bans across the region

A number of measures are being carried out throughout the region to curtail the advancement of the coronavirus. Saudi Arabia has banned entry for tourists from 25 countries where the coronavirus is present. It has also prohibited all travel from any foreign country to Mecca and Medina, the most important cities in Islam attracting millions of pilgrims and tourists each year.

Airlines have stopped flights to Iran where COVID-19 has spread rapidly, although some flights to Tehran still remain in operation.

Qatar Airways has suspended flights in and out of China, Hong Kong, Iran (except for Tehran) and South Korea. In addition, no passenger from China, Iran or South Korea are allowed entry into the country, but only accepted as transfer passengers via Doha’s Hamad International airport.

Emirates has also canceled all its flights to Iran, including those to the capital, as well as heavily reduced its schedule to Asia. Etihad, the second-largest carrier in the UAE, has also canceled all flights in and out of China, apart from Beijing. Additionally, the UAE has issued a travel ban to Thailand for all its citizens.

The Israeli national flag carrier El Al has already reported losses of up to $50 million and has stated it is considering laying off 1,000 out of its 6,000 staff. It has suspended flights to Beijing, Hong Kong, Bangkok and Tokyo. It has also put temporary suspensions on flights to Milan, Venice, Roma and Naples in effect until March 14.

The novel coronavirus continues its global tour and effects on air travel and travelers worldwide. On Saturday the first death was reported in the United States. Travelers from Italy and South Korea will now be facing additional screenings when entering the country. Furthermore, an entry ban on travelers from Iran is to be extended to any foreign national who has visited Iran in the past 14 days.

How do you feel about the extensive flight suspensions and cancellations and other measures related to travel and the virus? Do you think that the airlines are overreacting, or are they not doing enough? Follow our live update on flight suspensions here. 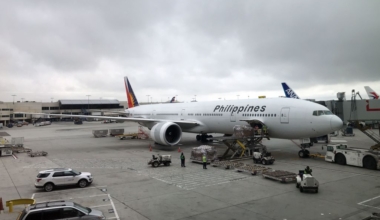 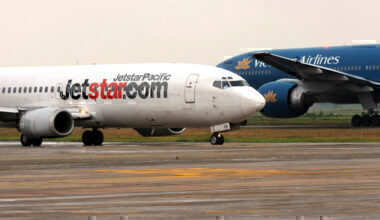 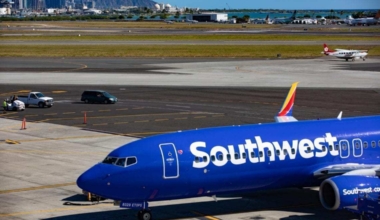