Iberia Adds Brussels As Another Short Haul Airbus A350 Route

This spring and summer Iberia will be deploying its Airbus A350-900 on select short-haul routes for short periods of time. Destinations flown from its Madrid hub include Brussels, Paris Orly, and Rome Fiumicino. As these routes would usually be flown by single-aisle Airbus A320-family aircraft, having the airline’s latest widebody would be quite a treat for passengers.

This is what Iberia had to say about its use of A350s on these routes:

With four A350-900 jets in its fleet, Iberia doesn’t use the A350 – or any widebody aircraft – on short-haul routes too often. However, according to Aviation24, Iberia will place the aircraft on its Madrid-Brussels route once per week. The quote given to us by Iberia alludes to the fact that these will be training and familiarization flights for crews.

It’s an irregular pattern but A350 service between Madrid and Brussels will happen on:

The A350, of course, isn’t a normal part of Iberia’s short-haul service as the airline normally uses it for longer routes:

“Currently used on the New York route, as from February 2019 it will gradually be phased in for the Buenos Aires route, so that by the end of the year we’ll be using it for one of our daily flights between Spain and Argentina.”

Shorthaul service on Iberia is fairly diverse. In fact, during the winter 2019-2020 season, Iberia operated several A330 and A340-600 wide-body aircraft on routes like Madrid-Brussels. As an example, on 30 January the airline used an A330 between the two cities. On 6 February it is scheduled to use the larger A340.

According to FlightRadar, in addition to the occasional widebody, the airline may fluctuate using narrowbodies like the A320ceo, A320neo, and A321 on a single route.

Other A350 routes within Europe

At one point British Airways was flying the Airbus A350 within Europe. When the airline took delivery of their first two aircraft from August 2019, they were temporarily being used on the Heathrow to Madrid route. These have now been moved to long haul services but these training flights may re-appear when more aircraft are delivered.

On the other side of Europe, Finnair has been flying its A350-900s to Brussels, once a week, on Saturdays. A regular service, this has been happening since Winter 2018. The Finnish airline also flies from Helsinki to London Heathrow using the A350 (although sometimes this is an A330).

Every now and then it’s nice to be able to have the comfort of a widebody jet on a short-haul flight within Europe. Usually, there’s a little more legroom and a fair bit more overhead luggage space as well!

This would be a more common occurrence with fifth-freedom flights from faraway international airlines. Singapore Airlines (Moscow-Stockholm) and LATAM (Madrid-Frankfurt) are two great examples of widebody fifth-freedom routes within Europe! KLM and Emirates have some interesting ones around the world as well.

Would you go out of your way to fly one of these routes just to be on a larger aircraft? Let us know in the comments! 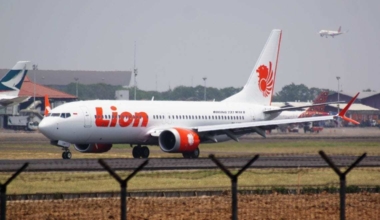 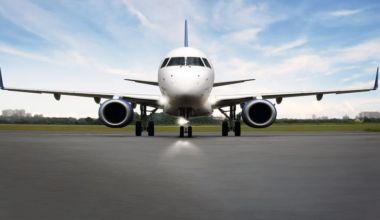