The Directorate General of Civil Aviation (DGCA) in India issued a mandate on Sunday that will allow airlines to keep the middle seat occupied on aircraft. The order stated that passengers that are seated in the middle must be provided with wrap-around gowns as part of their personal protective equipment (PPE). The move will allow airlines to fill flights while protecting passengers from the spread of COVID-19.

As India restarted domestic flights on May 25th, a number of new rules were in place to protect passengers flying in the time of COVID-19. The directions provided by the DGCA have since been updated and include a new rule on the occupancy of the middle seat on board an aircraft.

Previously, airlines were encouraged to keep the middle set vacant. The DGCA has now relaxed this regulation. The new rules state that airlines should only keep this seat empty if capacity onboard the plane allows. If the flight is too full, then passengers in the middle seat will be given wrap-around gowns as part of the personal protective equipment (PPE) packages that airlines must provide.

The new order comes as an Air India pilot moved the Mumbai High Court on the issue after observing that repatriation flights, as part of the Vande Bharat mission, were arriving into India almost full. The High Court questioned the practice, and Air India moved an urgent plea in the Supreme Court.

On May 25th, the Supreme Court ruled that the DGCA was free to alter any norms that were considered necessary in the interest of public health and passenger safety. In light of this, the Aviation Ministry consulted a committee of three doctors on the matter. The report that the doctors gave was considered, and the new mandate was released. The ministry later added that keeping the middle seat empty would render airlines financially unviable and that the practice was not being adopted elsewhere.

The order from the DGCA will come into effect on June 3rd. It is binding on all airlines, charters, and private jet operators and must be followed by all airlines, whether Indian or foreign.

Aside from giving some passengers PPE gowns, there are several other regulations stipulated by the DGCA that must be followed by all airlines. Indian authorities have taken safety precautions very seriously, with airlines instructed to provide its passengers with a face mask, a face shield, and hand sanitizer. Carriers are also not allowed to give food or drinking water except in extreme circumstances.

While in flight, the cabin air has to be replaced as often as the air-conditioning system will allow, lavatories must be sanitized regularly, and all crew must wear full PPE.

Between flights, the aircraft must be adequately cleaned and disinfected. The DGCA also wants airlines to explore the possibility of using a disinfection tunnel to ensure the safety of flyers. Before such a tunnel can be used, the implications for people’s health must be fully evaluated.

What do you think of India’s strict flying rules? Let us know in the comments. 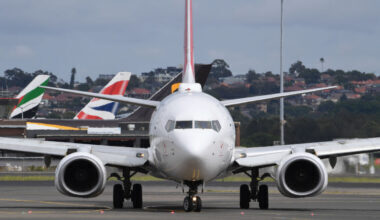 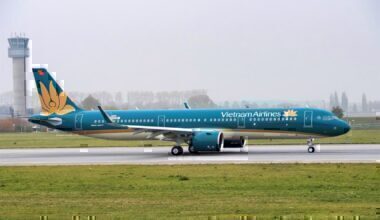