Before the pandemic banned most international travel, Indian low-cost giant IndiGo was in the midst of a huge expansion. In 2019, half of all new routes were international, with new continents joining the network. However, despite the last year of restrictions, IndiGo is keen to add some more new international routes as soon as it can. Here’s a look inside the airline’s ambitious plans for an international expansion.

IndiGo kicked off 2018 and 2019 with its eye on a new market: international flights. Before 2018, the carrier only offered flights to seven destinations outside India, mainly those in South Asia, the Middle East, and some popular locations in Southeast Asia. However, with the larger A321neo joining the fleet soon, shrinking profits at home, and an expanding market, IndiGo decided to grow its reach.

Almost immediately, the airline began looking at destinations within the reach of its A320neos. Indeed, there was a lot of room for expansion, particularly in East Asia. In the two years, IndiGo added flights to Ho Chi Minh, Hanoi, and Yangon from its base in Kolkata, creating a new gateway for Asian routes.

The airline also began taking a macro approach and targeted underserved markets. One such market was China, where it saw huge room for growth. In 2019, the low-cost carrier added connections from Delhi to Chengdu and another one from Kolkata to the industrial hub of Guangzhou. The airline also added new connections to Hong Kong, serving it from Bangalore and Kolkata.

This didn’t mean IndiGo was taking its eye off another key market, the Middle East. 2019 was an expansion into Saudi Arabia, a hugely important country for hundreds of thousands of migrant workers and for pilgrimage traffic. Riyadh became the airline’s newest destination in the region, doubling down its presence.

However, IndiGo had wanted to go past East Asia and the Middle East, and tap into the European market. To do this, it required the larger A321neo, which had a longer range and could seat substantially more passengers. On this front, IndiGo faced several delays in ramping up the size of its fleet.

In March 2019, IndiGo used its two A321neos to launch flights to Istanbul, its first and only destination in Europe. While the rollout faced some bumps to the closure of Pakistani airspace due to an ongoing conflict and aircraft range issues, these were sorted out by the end of the year.

By the close of 2019, IndiGo had officially 23 international destinations and was showing no signs of slowing down. While longer routes would have due to A321neo delivery delays, 2020 was shaping up to be another year of expansion.

When 2020 began, India’s biggest airline, which had recently become the first to hit 1,500 daily departures, had plans to continue its growth. In particular, IndiGo wanted to create focus cities and traffic corridors to provide more connections abroad. Kolkata was already an example of this, and more would be considered.

Even when COVID-19 hit China in January, and spread to Southeast Asia in the next two months, IndiGo was still hoping the situation would be contained. In February, the carrier launched new flights to Dammam, its third city in Saudi Arabia. However, this 24th international destination would prove to be the airline’s last for well over 16 months.

By late March, IndiGo was forced to suspend all domestic and international flights under India’s severe COVID-19 lockdown. This effectively paused all expansion plans as the low-cost carrier simply attempted to survive the crisis first and focus on securing domestic flights first. Since then, things have been bumpy, with a strong but uneven domestic recovery and international flights still far away.

We’ve discussed India’s aviation industry in great detail over the last year, including IndiGo’s performance. However, despite losing all but a fraction of international revenue, the low-cost giant still sounds optimistic about the future of foreign travel.

In June 2020, CEO Ronojoy Dutta spoke about the changing market structure and how it will help IndiGo and said,

“I think there’s a structure within the international which will work to the benefit of Indian carriers in general. There have been too many foreign hubs all around India with a lot of connecting traffic. Long term, and I’m not talking three or four months but more than a year ahead, we think there will be more opportunities for us to expand internationally.”

After over a year of tight travel restrictions, outright bans, and new waves of cases, the future of long-haul travel seems uncertain. However, IndiGo believes that it will eventually have to bounce back, and when it does, the airline has some routes it wants to kick off.

In an interview with CAPA Live yesterday, IndiGo CCO Willy Boulter spoke about the airline’s focus once international traffic returns. Before the pandemic, international capacity accounted for 25% of IndiGo’s business, making it a substantial part. Currently, the airline is only flying to five to six international destinations due to travel restrictions.

Boulter identified two markets where the airline is looking to fly as soon as possible, saying,

“We’ve already said we want to go into new markets like Russia, Moscow, is an obvious point, [and] Indonesia, Jakarta, would be an early focus as we get back to the international network.”

These destinations are separate from IndiGo’s massive expansion planned using the Airbus A321XLR, which will see it enter western Europe and deep into East Asia. For now, IndiGo will follow the strategy of pausing its international growth for now, unlike its competitors, and then jumping back in as soon as the climate is right.

What do you think about IndiGo’s last three years of expansion and future plans? Let us know in the comments! 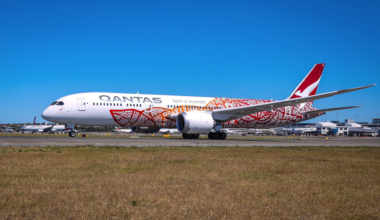 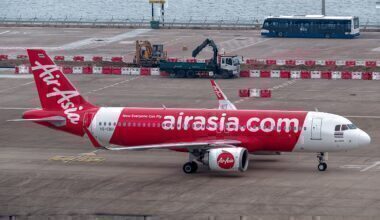 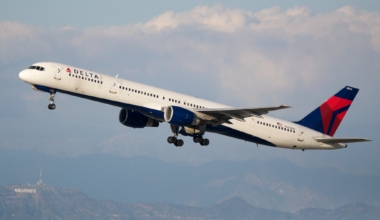