Privacy, space, and exclusivity are synonymous with premium air travel. As the onboard experience has evolved, passengers have demanded greater levels of personal and private space. Hiding away from fellow passengers hasn’t always been the main focus of cabin design. Inflight privacy actually came as a result of the introduction of another premium mainstay – the flatbed. Simple Flying caught up with Acumen Design Associates CEO, Ian Dryburgh and brand experience director, Mike Crump, about the evolution of this factor.

Acumen is a UK-based aviation powerhouse. The company is behind the designs of many of the most famous aircraft interiors around the world. Altogether, the need for privacy was largely driven by premium seats going flatter. Traditional first class seats offered ‘angled flat beds’ in double seat configurations – with little separation or privacy from the adjacent passenger. As passengers on these seats became more exposed by laying flat, it became one of the key insights that led to the revolution in premium travel.

Acumen, a pioneer in modern aircraft cabin design, sought to address the situation creatively when they invented the first aisle access suite and flatbed for British Airways in 1996. The fundamental aspect of the innovation was the seat mechanism that translated flat within a fixed backshell, which coincidentally provided privacy when in bed mode.

“When you’re pioneering, you’re creating new sets of rules, and as you go along, you realize that the brief changes. So, when we realized that the challenge was to put a fully flatbed on a plane, a new requirement came to create added levels of privacy. As you move from a recliner seat into a fully flat bed, you’re far more vulnerable and exposed, especially in a fully sleeping position,” Dryburgh told Simple Flying.

“When people are brushing past down the aisle, for example, you don’t really want them peering over at you or interfering with your good night’s sleep. The privacy element was a very key aspect of what came out of going fully flat.”

Spreading across the continents

Following British Airways lead, in 1998, acumen designed American Airlines First Class Flagship Suite. The design incorporated a swivel seat enabling greater privacy to be achieved in the outboard seats by turning away from the cabin. Meanwhile, the more sociable center seats offered the ability to dine or work together but also included center privacy screens.

Acumen’s design for Air France’s First Class La Premiere seats in 2002 was a more traditional layout. However, the seats were angled to separate them more and incorporated a flexible central divider and cocooning back shell for privacy during sleep.

Some carriers are fans of adopting inboard herringbone layouts in their cabins which are less private. However, the designs differ significantly by region, depending on local cultural requirements.

“In the earlier versions of inboard herringbone seats that acumen designed in the early 2000s for Air Canada and Jet Airways, privacy was less of an issue as customers would trade off a greater bed length or bed width that the layout offered,” Dryburgh added.

“In certain Asian cultures, they don’t like serving to people over their feet or having their feet exposed to others, which drove different layout requirements. These cultural aspects have to be understood and designed for as people from different parts of the world perceive privacy in very different ways.”

Before single-aisle access seats became the default for long-haul business class, in 2007, Acumen designed the Aura Business Class seat platform for Safran (previously Contour). The Aura platform seat was the best-selling business class seat in the market at the time – with its flexible center privacy screen incorporated into the armrest design.

In 2009 acumen designed Korean Air’s First Class – The Kosmo Suite, incorporating an electronic privacy screen as part of the seat shell. The airline wanted this privacy screen down for take-off to give the cabin a less enclosed and airy feel when boarding, but this could be adjusted by the passenger to increase privacy inflight.

By the late ’00s, inspired by the SIA First Class suites, many airlines were asking for greater levels of privacy in their First Class cabins. Acumen designed Air China’s First Class creating a fully private and enclosed suite. Central dividers were integrated into the center seats to enable the suite to be opened to form a double bed.

Overall, Acumen conveys that ‘privacy for one person can sometimes mean claustrophobia for another, and it’s clear that luxury and exclusivity vary by market and regional segment.

In the Middle East, privacy is an essential way of life and expectation, and customers had no fear of traveling in fully enclosed private suites. However, in North America, the need to be ‘boxed in’ is unnecessary and undesirable to many. So, there is no international rule for privacy.

Carrying on the innovations

As business class suites evolved, the need for privacy became more important for some airlines. Acumen’s design of the Etihad Business Class Studio in 2014 is inherently private with its forwards and aft facing layout with center seats that incorporate a movable divider. This design was two years before the Delta One suite was launched with the introduction of doors – which now appears to be mandatory on all new business class seats.

The launch of Etihad’s First Class Apartments in 2014 incorporated higher suite walls, and doors which acumen explained pushed the rule book out of the window with regard to regulations on suite door designs and heights. The result led to the first fully enclosed bedroom on a commercial aircraft with The Residence.

Even to this day, Acumen is balancing privacy and comfort while meeting the requirements of local regions. This aspect can be seen with two of its recent designs on either side of the world – JetBlue’s Mint Suites and ANA’s Business Class – The Room. JetBlue’s Mint Suites were designed for a narrowbody aircraft to provide the same levels of comfort as a widebody. Privacy is now a mandatory feature for business class seats, but Acumen still managed to maintain an unboxed feel on the single-aisle aircraft.

The new Mint Suite layout faces inward, so greater privacy was created by raising the curved walls between the suites without being boxed in. A benefit of the inboard facing layout keeps the head away from the noise of the aisle, whilst the addition of suite doors gives more privacy when sleeping.

These privacy features were inspired by Japanese shoji screens in Japanese homes and provide flexibility to have partial or full privacy. The center suites also have a central divider to open up space for more sociability, meeting the needs of the growing premium leisure passenger in the business class cabins.

Privacy will remain a crucial requirement when flying in the premium classes for decades to come. Above all, it will continue to evolve with new seat product variants, technological advancements, and changes to certification and regulatory rules. It will be interesting to see how the field develops going forward.

What are your thoughts about how inflight privacy has developed over the years? What do you make of the evolution? Let us know what you think of the different offerings and their progress in the comment section. 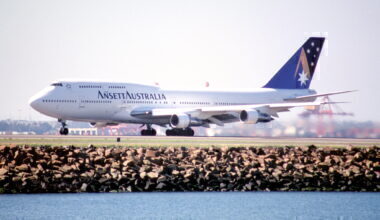 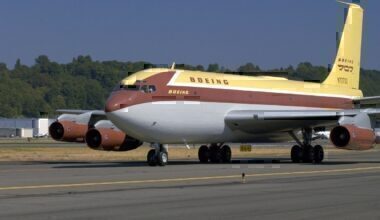 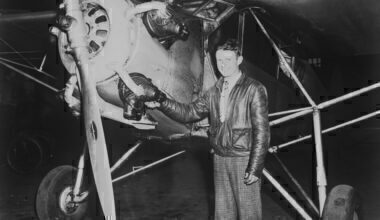 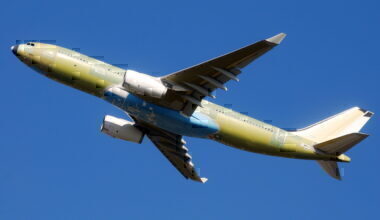