Inmarsat has successfully launched and acquired its most advanced commercial satellite, the first of its fleet of seven I-6 vessels. The satellite launched on December 22nd, and today the firm announced that it has begun the Electric Orbit Raising process. I-6 F1 is expected to enter service in early 2023, when it will be joined by the second of the seven hybrid L- and Ka-band units.

Inmarsat’s first I-6 takes off

Inmarsat has today announced the deployment of its most advanced commercial communications satellite yet. The I-6 F1 satellite was launched by Mitsubishi Heavy Industries (MHI) from the JAXA Tanegashima Space Center in Japan on December 22nd, 2021.

The satellite was successfully acquired, and on Christmas Eve, its apogee thruster firing and solar array deployment were completed. Days later, the nine-meter-wide L-band reflector was also deployed without any issues.

Now, Inmarsat has begun the next critical stage of the deployment of its first I-6 – Electric Orbit Raising (EOR). The EOR process, which takes the satellite to its final location in geostationary orbit via an all-electric propulsion system, is expected to take around 200 days to complete.

“This launch marks Inmarsat’s newest technological leap forward as we maintain our strong commercial momentum and sector leadership. This satellite extends our world leading mobile satellite communications services for our customers and partners, especially in the Indo Pacific region. I-6 F1 will play a crucial role in Inmarsat’s world-leading, dynamic mesh network ORCHESTRA as we plot the course to further connectivity innovation for our customers.

“My warmest thanks and congratulations go to the Inmarsat team that delivered flawlessly on this project as well as our launch provider Mitsubishi Heavy Industries and our satellite manufacturing partner Airbus Defence and Space.”

One I-6 F1 arrives in its final position, roughly some 22,500 miles (36,000 km) away from Earth, it will enter an extensive testing phase. Supported by ground stations in Perth and Merredin in Western Australia F1 will enter into service in early 2023.

What will the I-6s be doing?

The I-6 is the first-ever hybrid L- and Ka-band satellite from Inmarsat, and F1 is number one of seven that are planned for launch by 2024. F2 is already built, and is undergoing ground testing ahead of a launch in early 2023.

For airlines and other Inmarsat customers, the increased capacity and technological advances delivered by I-6 promise a much-enhanced end-user experience. These new technology satellites are the backbone of the ELERA L-band services, which will make it possible to embrace next-generation technologies like the ‘Internet of Things’.

As well as increasing capacity and resilience, the I-6s will also offer additional high-speed broadband capacity for Inmarsat’s renowned Global Xpress (GX) network. As one of the most widely used networks in aviation, GX underpins the connectivity of many of the world’s leading international airlines and already boasts a fleet of 14 geostationary satellites.

The I-6 launch is one of the first steps on the road to Inmarsat’s multi-spectrum, multi-orbit network of the future – ORCHESTRA. This eventual network will bring together GEO, highly elliptical orbit (HEO), low Earth orbit (LEO) and terrestrial 5G in a powerful, reliable package. 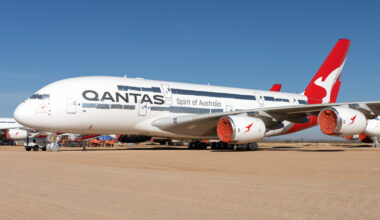 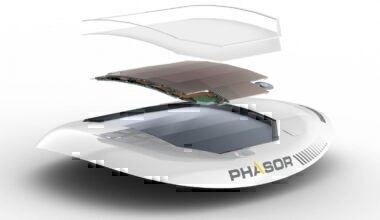 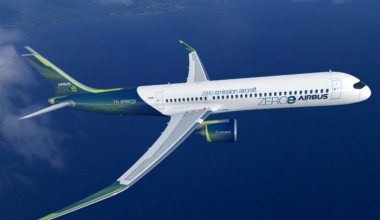