Inside British Airways: How To Train Cabin Crew – Part 2

Earlier this week I touched on how British Airways trains its staff with safety in mind. However, the airline also places a huge emphasis on the customer service delivered by its crew.

Once hired by the airline, the new recruits head to the company’s Global Learning Academy at London Heathrow Airport. With over 100 trainers tied with state of the art facilities, dozens of airlines from around the world use the center. British Airways invited Simple Flying to take a look around guided by trainers Carl, Christopher, Claire, Jade, Nadine, Leoni, and Nina, under the guidance of Anita.

The importance of service

Two of British Airways’ trainers explained to me that the whole training process takes around 31 days, spread across six weeks. Around seven of these days focus on initial customer service training. This will start by introducing members of the crew to British Airways’ core values.

Following on from this, the crew will go on to learn about service. Once qualified, Carl explains to me that the cabin crew will be able to work in four cabins. This consists of both short-haul cabins, in addition to World Traveller and World Traveller Plus on long-haul flights.

Carl then goes on to explain that it is an aspiration for cabin crew to be able to serve in premium cabins. Around six months after completing their initial training, crew will typically begin to work on the ‘Club World Development Programme’. This is typically followed by ‘First Development’ around a year later.

One key skill that all members of British Airways’ cabin crew are taught may surprise you. Every member of British Airways crew will be invited to a wine tasting class. Carl and Leoni invited us to experience this ourselves.

Proceedings were kicked off with a quiz about wine. I very quickly realized how little I actually knew about wine! Obviously, there are two different types of wine, white and red. However, both types can further be broken down into Old World (from Europe) and New World (from elsewhere).

We started off with a glass of new world white wine from the Club World menu. Initially, we were shown how to roughly determine the alcoholic content and age of a wine. This involves looking to see how fast the wine falls down the side of the glass after being swirled, and how clear the edge of the liquid is if tilted.

Carl instructed us to take a sip of the drink to cleanse our pallet. We were then invited to get a taste of the wine in front of us. Not being a wine aficionado, I could unfortunately only say that it tasted like white wine! However, we were then instructed to try a bite of brie and take another drink. To my amazement, this totally changed the taste of the wine.

We were then prompted to repeat this process with a new world red wine. The same result was achieved, however, this time we were instructed to try with a piece of strong cheese. While most of the class opted for the mature cheddar, I opted for a piece of blue cheese. The result was even more noticeable than with the white wine. As a special treat Carl, Leoni, and Anita then treated us to a couple of old-world wines from the First menu.

Following Carl’s eye-opening wine tasting, Leoni invited us to see what first class service at 36,000 feet looks like. Firstly we were shown a seat turned into a bed. The duvet’s filling in First is actually made from recycled plastic bottles. We were then shown what an afternoon tea service with cakes and scones looks like.

Leoni mentioned that customers in First can dine whenever they like. This leads to many customers requesting to eat afternoon tea upon boarding due to its popularity. The table was laid in front of the customer with a white table cloth underneath. It was explained that it is important to carry the table cloth on a different arm to where you wear your watch.

Next, it was time to bring the food and beverages out. Leoni asked if we could guess why she was holding the tray in her right hand, and trying to be smart from the previous point I commented that she was wearing a watch on her left arm. In actual fact, it was because the tray should always be held by the arm away from the customer. That way, bumping the passenger with the tray can be avoided.

However, the best part of the training was about to start. As the mockup aircraft had been catered like a regular flight (albeit with much smaller quantities), all of the food had to be eaten up. This included British Airways’ popular scones!

Simple Flying would like to express our gratitude to everyone at British Airways for their hospitality on the day.

Have you been through cabin crew training? What did you make of it? Let us know your thoughts in the comments! 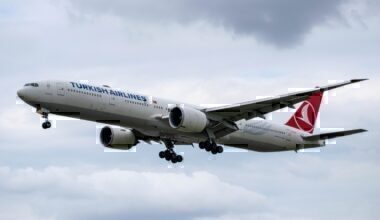 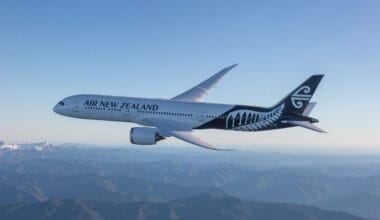 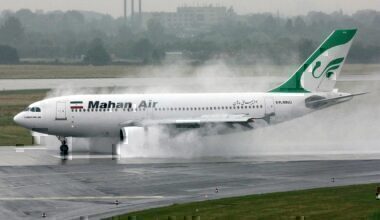 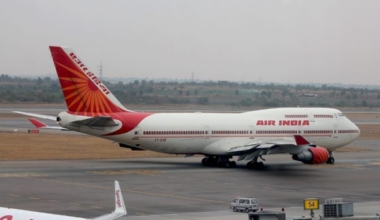