The new Istanbul International Airport has been delayed until March 2019, frustrating government officials and delaying the world’s most complicated equipment transfer.

The new airport was supposed to open officially at the end of October, but officials decided to delay it until January 1st. Unfortunately (as you may notice if you are reading this Christmas Day (And Merry Christmas from Simple Flying)) the airport is not yet ready to receive all the flights from the old airport. 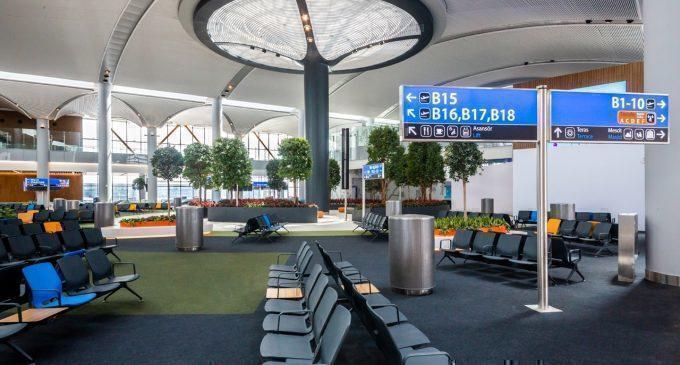 Thus officials have decided to postpone it yet again until March. The meeting reportedly took only two hours.

When it is open, it will trade its work in progress IATA code, ISL, with, IST (Previously held by Istanbul-Atatürk Airport).

According to the Turkish transportation ministry, operations will gradually shift from Istanbul-Atatürk Airport to Istanbul-New Airport starting January 1, 2019

When fully open, the new airport is expected to handle around 90 million passengers a year. 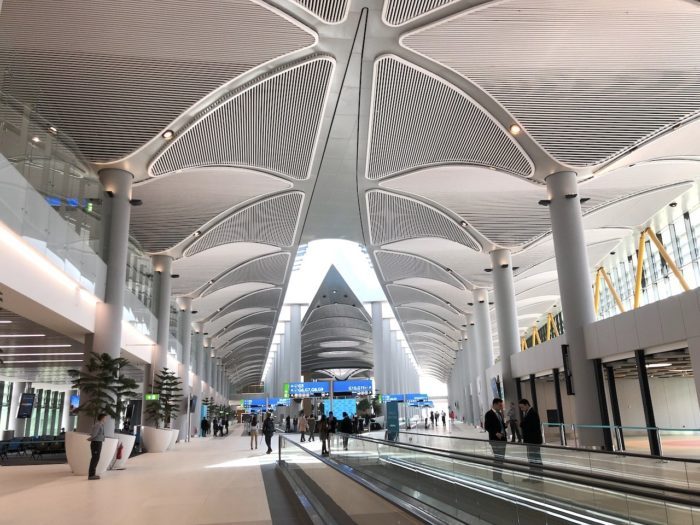 The airport is still very much under construction (despite 42 months of hard work) and currently is only handing light regional traffic (to five destinations). However, we expect traffic to slowly pick up over the new three months. 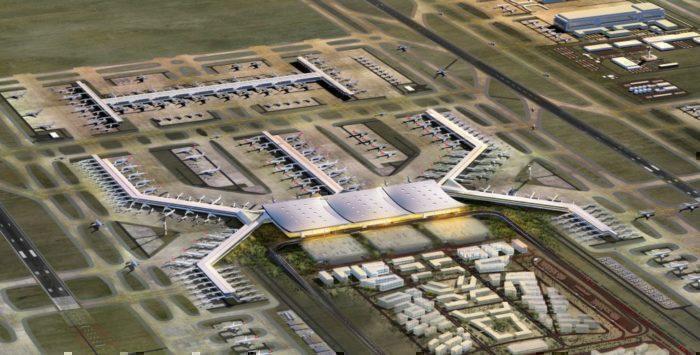 Turkish Airlines will also be moving the vast majority of its fleet to this new airport, to some protest. 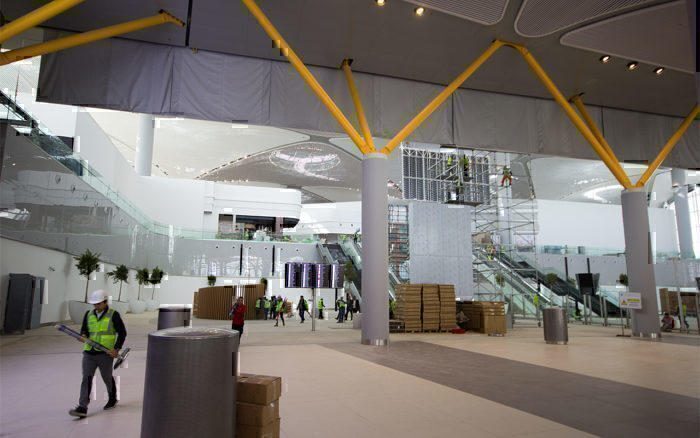 Turkish Airlines’ chairman Ilker Aycı, was quick to point out how much of a ‘pain in the neck’ this move was, and how frustrating it was to perform the world’s largest asset move. The airline has been given only 45 hours to move the majority of its routes, planes, staff and more to the new facility. Planes leaving the old airport on December 29th onwards are supposed to return to the new airport instead. 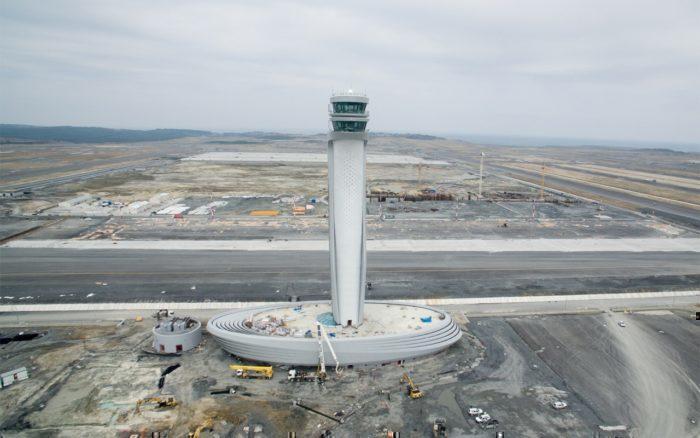 And it is not just planes that need to move, but tens of thousands of operational equipment, such as trucks, cars, computers, and office equipment need to be relocated. Kadri Samsunlu, IGA Airport CEO and the CEO of the new airport, will be overseeing the move over three days from December 28th. The distance between the airports is roughly 35km (22 miles). 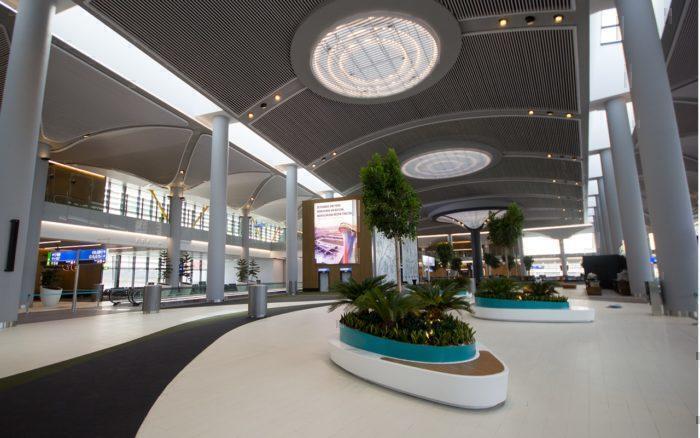 “At the end of December, there will be the ‘hard opening’ or the ‘big bang opening,’ which means that the entire business at the Atatürk Airport will be transferred here,” – Samsunlu

It has been dubbed “The largest airport under one roof in the world”, a title previously held by Hong Kong International. 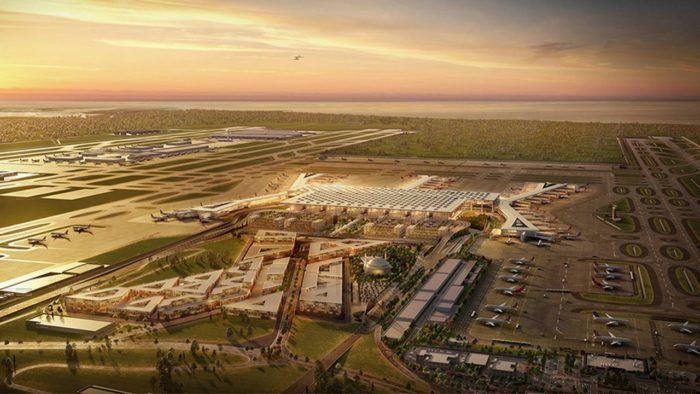 By 2028, the airport will have six runways and two terminals spread over 76 square kilometers (29 square miles).

Erdoğan championed the €10.5 billion (US$12 billion) project in a bid to transform Istanbul into a world-class air transport hub while supporting the plans of flag carrier Turkish Airlines (TK) to become a global aviation powerhouse. He also used the soft launch in October (to coincide with 90 years of the Turkish Republic) to blast critics who said he could not complete the project on time. Whether or not they are satisfied remains to be seen, but officials are downplaying this delay. 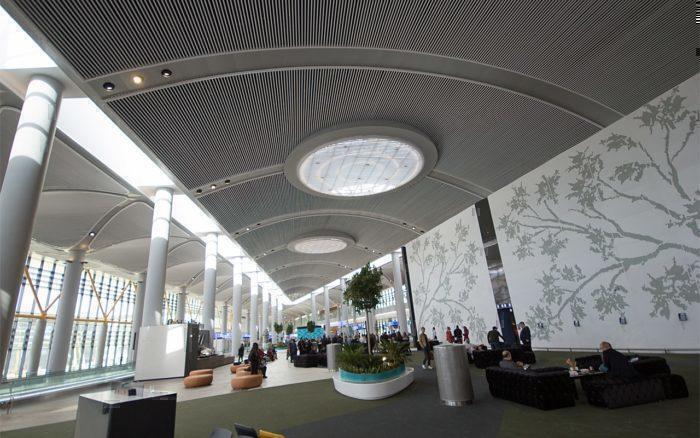 The existing airport, Istanbul-Atatürk Airport will remain open until the end of 2019. 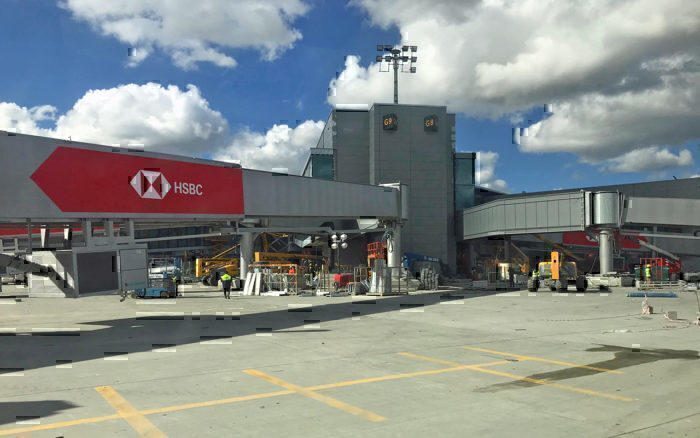 Whether or not this complicated rollout will happen as planned remains to be seen, but we cannot doubt this is an impressive accomplishment for Turkey and look forward to flying into their new international hub. 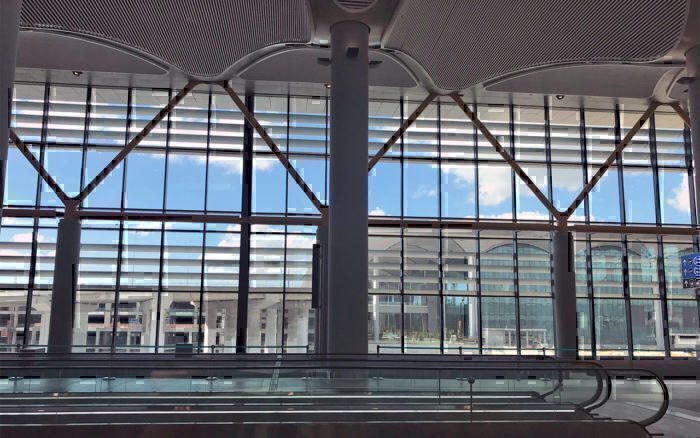 Did they indicate which type of flights will land at Ataturk in 2019? For example, shorter flights from Athens to Istanbul? Would they be using the new airport for long haul international departures? Thanks.

My flight will be landing on the 10th of June .Im travelling on Saudia. Which airport will i land at Ataturk or the new Istanbul Airport

My flight will be landing on the 17 th of March 2019.I am travelling on Singapore air line .
I will travelling from Istanbul to Belgrade on the same date ( late afternoon) so
on which airport I will lend and departing Istanbul?

I visited istanbul new airport in early jan 2019. it was still under construction. as i am writing this comment, latest information is, it will fully open on 5th april 2019.

details are described at https://www.livetravelturkey.com/2019/02/istanbul-new-airport-why-istanbul-new.html

I will travel on 10 March from istanbul with turky airlines to Frankfurt, how can I come to the new air port istanbul with bus, I living in Marmara park çumhuriat Mahallesi.

I am flying to Istanbul from OR Tambo, Johannesburg on 10th June 2019 on Turkish Airlines. Will we be landing at the new airport? Will the TourIstanbul facility be available from there? It is a lay over en route to Varna, 8.5 hours.

Is there an Airport Hotel to stay at ?