Iran Air has announced that it will be resuming Tehran to Rome flights. This is following the news that Mahan Air has been banned from Italian airspace. The carrier will continue to operate its Tehran to Milan flights. These provide a vital means of travel for Iranians living abroad in Italy.

On Thursday Iran Air announced it will be resuming flights between the Iranian and Italian capitals on 2 December. The decision comes in the wake of more bad news for Iran’s second-largest carrier, Mahan Air, which was recently banned from Italian airspace.

Why has Mahan Air been banned from Italy?

Iranian airlines have had an increasingly difficult time over recent years with the reinstatement of international sanctions. In 2011 the US applied sanctions to Mahan Air after accusing it of financing Iran’s Revolutionary Guard Corps.

In the past couple of years, the carrier has been a particular target of additional sanctions and restrictions by the US. The country has accused the airline of transporting troops and weapons to conflict areas in the Middle East. Furthermore, both France and Germany have already banned Mahan Air from their airspace.

It seems likely that Italy’s recent decision comes as a result of a specific request made by US Secretary of State, Mike Pompeo, during his visit to Italy at the beginning of October.

“Along with their pressure on our country, the Americans have pressed Italy to stop Mahan Air flights to Rome and Milan,” secretary of the Association of Iranian Airlines, Maqsoud Asadi-Samani, told Mehr News Agency.

Alongside the more immediate sanctions against Iranian airlines, there are many longer-term effects of the country’s worsening relations on the international stage.

But sanctions were soon reinstated, meaning Iran’s airline fleets continue to age and deteriorate. Previous sanctions on Cuba forced the local population to make do with old cars and motor vehicles. Similarly, Iran’s airlines are having to make to with old and outdated aircraft.

For example, the Airbus A300, the world’s first widebody, twin-engine passenger jet is now almost exclusively operated in a passenger capacity by Iranian carriers. The Airbus A300 went out of production in 2007, and many of the examples among the fleets of Mahan Air, Iran Air, and other smaller Iranian airlines are more than 30 years old.

Ultimately, it remains to be seen how long these aircraft can be kept flying safely. However, the Iranian airlines don’t have much choice as long as sanctions remain in place.

Altogether, what are your thoughts on Iran Air’s move to launch flights to Rome? Let us know your thoughts in the comment section. 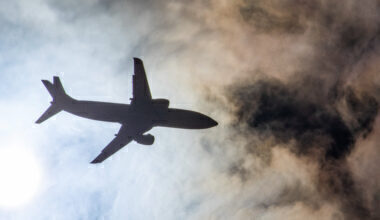 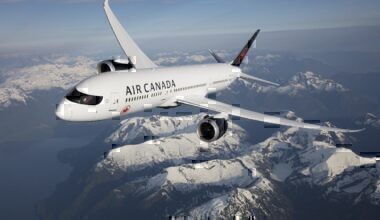