The fleet of Japan Airlines (JAL) is set to undergo an interesting transformation in the coming years. While the Japanese flag carrier currently considers the Boeing 777 to be its flagship aircraft, it will shift its focus toward the Airbus A350 by the middle of the decade. It stands to benefit from increased fuel efficiency as a result of this change.

JAL to renew its flagship fleet

As part of Japan Airlines’ ‘Medium-Term Management Plan,’ it is set to renew its flagship fleet. This currently consists of aircraft from the Boeing 777 family, with the larger 777-300ER being deployed internationally. Meanwhile, the high-demand Japanese domestic market has also seen JAL utilize widebodies like the 777-200 on internal flights.

However, the airline has decided that the time has come for it to switch its flagship to the Airbus A350 XWB family. A key factor in this decision is the enhanced efficiency of this next-generation widebody series, which will help to reduce JAL’s operating costs. Indeed, the airline states that the A350’s improvement in fuel efficiency vs the 777 is around 25%.

JAL also believes that customers will prefer the A350’s cabin. Even on domestic routes, every seat on the XWB features a personal entertainment screen and AC power. Overall, the number of 777s in JAL’s fleet will drop from 39 in the 2019 financial year to just 13 by 2023.

The remaining triple-sevens will be models with General Electric engines, following JAL’s recent decision to retire its Pratt & Whitney-powered models. Meanwhile, the airline will increase its A350 contingent from five aircraft (2019) to 18 by 2023.

Smaller ratio of large planes in the new fleet

Despite the planned increase in the number of A350s at JAL, its overall fleet going forward will be smaller than before the pandemic. This is primarily because, as we have seen, it is removing more 777s than the number of A350s that it is bringing in. This will see its total fleet size drop from 241 aircraft (2019) to 229 (2023).

As we have established, 777s will be the primary casualty of this reduction. As such, this will also impact JAL’s fleet composition in terms of the ratios of different-sized aircraft that it operates. Specifically, the airline states that it will “reduce the ratio of [the] large-sized fleet, from 18% (FY2019) to 14% (FY2023).” The A350 and 777 make up this group, with JAL categorizing its other widebodies (Boeing 767 and 787) as medium-sized.

BA potentially eyeing the A350 as a flagship

As it happens, JAL may not be the only oneworld member airline to be considering the A350 as a future flagship aircraft. Indeed, UK flag carrier and oneworld founding member British Airways may also be eyeing Airbus’s next-generation twinjet for this role.

Rumors of this came about after the Heathrow-based airline featured the A350 in its new television advert, titled ‘You Make Us Fly.’ Of course, BA no longer operates the Boeing 747, and the future for the Airbus A380 is uncertain, hence the A350 has become a contender.

Overall, an airline’s flagship aircraft type plays a useful and interesting role in boosting the carrier’s public perception. This takes place both locally and on an international level, and JAL will soon do this with the A350. Of course, owing to Japan’s uniquely busy domestic network, it will also see service regionally, as well as on its lucrative intercontinental services.

What do you make of JAL’s move away from Boeing 777s toward Airbus A350s for its flagship fleet? Which of these twin-engine widebody designs do you prefer? Let us know your thoughts in the comments. 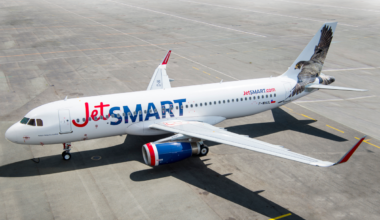 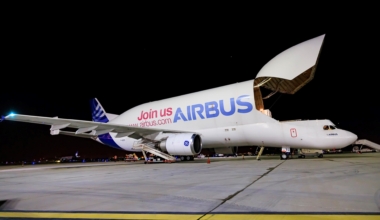 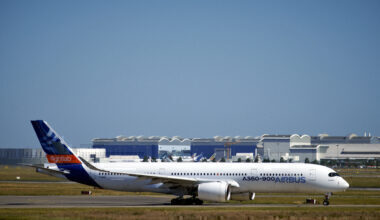 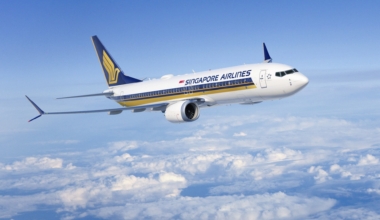