Japan Airlines flew a Boeing 787 to Greece earlier. However, this flight was not like any other flight. In fact, the Boeing 787 registered as JA837J was undergoing a very special mission. The aircraft was en-route to collect the Olympic Flame ahead of the 2020 Tokyo Olympics.

Every four years in Athens, the Olympic flame is lit for that year’s summer Olympics. It then goes on to head to the host country of the games. In 2008 this was Beijing, 2012 saw the flame head to London, and in 2016 it flew to Rio De Janeiro. However, now, it is Tokyo’s turn to host the Olympics.

Flying to get the flame

Transporting a flame from one side of the world to another isn’t an easy feat. You could travel by land, which would take an age, or there is air travel. But hang on? Isn’t a flame classed as dangerous goods?

Well, yes, typically aircraft try to avoid flames at all costs. However, given its symbolism, the Olympic flame is given a special dispensation. In order to transport the flame, it is placed into a special container, which is then accompanied by guards who are trained in firefighting in case anything happens.

It is typically the role of the national carrier of the host nation to collect the flame from Athens. In this case, that is Japan Air Lines. The Japanese flag carrier has repainted one of its Boeing 787-8 aircraft in a special livery to mark the occasion. However, ANA is also involved in this duty, despite the plane being provided by JAL.

This aircraft, JA837J departed from Tokyo Haneda at 13:07 local time or 06:07 Greek time. It then flew North, up through Russia until it reached Europe. The flight then skirted around Ukraine passing through Belarus, Poland, Slovakia, Hungary, Romania, and Bulgaria before entering Greek airspace. It then touched down in Athens at 18:23 local time, 01:23 the next day Japanese time.

However, prior to the opening ceremony of the games, a big journey must be undertaken. The flame will, tomorrow, be flown back to Japan on board the Boeing 787-8. Upon arrival, it will then travel the country as part of the Olympic torch relay. In London, this consisted of 8,000 torchbearers carrying the flame across 70 days. There are 128 days until the Japanese Olympic games, suggesting a slightly longer torch relay has been planned.

Are you excited for the Olympic flame to travel to Japan head of the Tokyo Olympics? Let us know your thoughts in the comments! 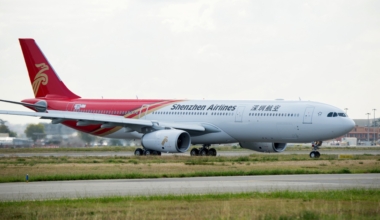 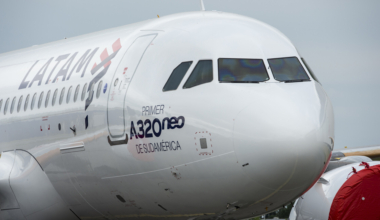 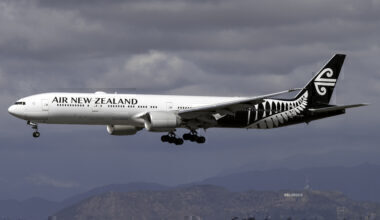 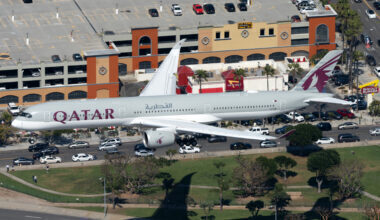