On June 18th, Japan Airlines (JAL) revealed its operations will ramp up in July. The airline will fly 53% of its original domestic schedule from July 1-16. This is an increase from 46% in the second half of June.

The reason for the increase comes as Japan eases lockdown measures in the country. In a statement sent to Simple Flying, the state of emergency in Japan has been lifted. Additionally, the removal of domestic travel restrictions took place on Friday.

A recent forecast for the airline indicated a 20% recovery for travel demand this month, and double that is predicted for July.

The flag carrier began reducing its domestic route network back in March, along with ANA (All Nippon Airways). JAL hit a 20% reduction of flights in late March, which slowly deteriorated. The beginning of June was when it reached its peak. A whopping 72% of domestic flights were canceled then.

Seeing as the country will undeniably experience a recovery in domestic travel soon, the flight reduction has dropped to less than half of its original.

As a result, JAL will operate over 50% of its domestic schedule. From July 1st to July 16th, most flights will depart from hubs such as Haneda, Narita, Itami, and Fukuoka.

A detailed domestic flight schedule can be viewed here.

On the international front, flights will increase as well. The latest schedule for next month shows it will be flying 7% of its original international flights. The number is a 3% increase from June.

Flights will operate to six cities in the United States, including New York, Los Angeles, and Chicago. For Europe, flights to Helsinki, Frankfurt, Paris, and London will continue.

Trips to cities in Australia, India, and Singapore remain suspended.

According to a statement seen by Simple Flying, cargo-only flights for the airline will continue. JAL will utilize passenger aircraft on some routes within Japan for its cargo-only operations.

According to NHK, Japan Airlines is using passenger aircraft to fly an estimated 1,200 cargo flights for June.

Further, Japan Airlines’ subsidiary, ZipAir, has been operating cargo-only flights since its launch. The low-cost airline came to fruition on May 21st when the aviation industry was at a standstill due to the virus outbreak. Hence, the airline could only fly cargo, reserving its passenger services for a later time.

Specifically, the carrier has been operating cargo-only flights to and fro Tokyo and Bangkok – in a Boeing 787 Dreamliner.

Akin to other airlines, JAL has implemented enhanced security and safety measures for its passengers moving forward.

Each aircraft has installed HEPA filters. Anti-bacterial hand wipes and sanitizing stations are also provided at each customer touchpoint.

On top of that, masks are a compulsory requirement for both staff and passengers. The airline has also implemented staggered boarding rules and social distancing guide markers in the airport.

What do you make of JAL’s increased route network? Are you flying with JAL in July? Let us know in the comments. 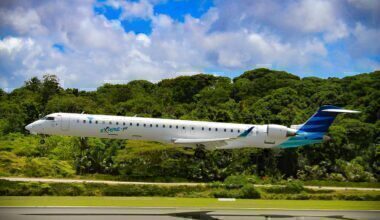 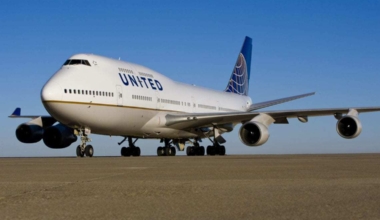