Jazeera Airways vs FlyDubai: Which Middle East LCC Is Best?

With the success of airlines like Southwest, Ryanair and Air Asia, the low-cost carrier (LCC) model is being replicated all over the world. This is true for the Middle East region, where Jazeera Airways and FlyDubai offer budget travel options for those wanting something outside of what the “Middle East Three” offer. So which of these two LCC’s is best? Let’s compare and find out.

While the history of the airlines doesn’t have too much of an impact on how they compare, it’s interesting to see their origins.

Jazeera Airways came on to the scene in 2004, making its first flight in 2005. According to the airline’s website, Jazeera Airways is the “first non-government owned airline in the Middle East”.

This can be contrasted with FlyDubai, which began operations in 2009. Unlike Jazeera Airways, FlyDubai receives the support of the Government of Dubai – according to the airline’s website.

Jazeera Airways seems to be quite proud of its financial situation and independence as it is mentioned a few times on their website:

“Operationally, Jazeera Airways is one of the few airlines in the region to maintain annual profits for the past seven years. The airline was able to proudly announce a net profit of KD 6.2 million (US$20 million) for the first six months of 2019.”

According to Jazeera’s website, the airline flies to 30 destinations “across the Middle East, India and Europe”.  Passengers have access to these destinations via its hub at Terminal 5 of Kuwait International Airport.

The airline is firmly established across the Middle East and serves the major cities of the region. Furthermore, many of the major Indian cities are served, which facilitates the flow of migrant workers into the region.

The airline has a limited European presence, although it does serve Istanbul and Tbilisi (Georgia) and Baku (Azerbaijan) – which are technically actually Northwest Asia. However, Jazeera Airways will be flying to London in just over a month – a first for low-cost carriers from this region.

Jazeera’s route network is quite meager in comparison to FlyDubai’s 90 destinations. Out of its main hub at Dubai International (DXB), the airline hits the major cities in the Middle East but also serves destinations across East Africa and many more destinations in India. The airline seems to have central and eastern Europe quite well covered as well as the larger capital cities of Central Asia.

Without a doubt, FlyDubai wins in the routes and network category!

Jazeera Airways operates an all-Airbus fleet. This includes the Airbus A320 and A320neo aircraft. All aircraft offer a two-class cabin: Business and economy. The airline highlights its “high on-time performance”, that is “consistently the best in the Middle East”. The Jazeera Airways fleet is quite small, with only 10 aircraft. That would certainly explain the slim route map.

On the other hand, FlyDubai has about six times that fleet size, with an all-Boeing 737 lineup. However, within their 64 aircraft in possession, 14 of them are 737 MAX variants, which are currently grounded. Furthermore, there are 236 737 MAX aircraft on order. If these were all delivered tomorrow, it would make FlyDubai larger than full-service airline Etihad.

It’s clear that FlyDubai is the larger airline, offering far more destinations with its greater fleet size. Furthermore, FlyDubai’s partnership with Emirates further extends what it can offer to its passengers.

It is difficult to compare the airport hub experiences of the two airlines personally as I have never been to the Jazeera Airways terminal at Kuwait International Airport. However, one would assume that with DXB being the larger airport, there would be more facilities and amenities offered there compared to KWI.

Have you flown on either or both of these airlines? We have particular interest if anyone out there is able to compare the experience. If you have something to say please do leave a comment! 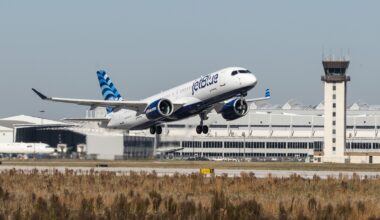 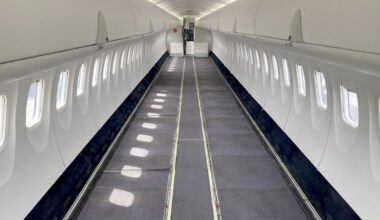 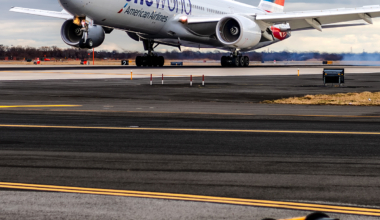