JetBlue’s Embraer 190s have received a stay of execution. While the 60-strong fleet was expected to be retired by 2025, 30 aircraft – all owned by the airline – will be now be kept beyond that year. JetBlue will benefit from the very low ownership costs as it continues to recover from the pandemic. Meanwhile, the remaining 30 Embraer aircraft, all leased, will now be gone between 2023 and 2026. We take a look inside JetBlue’s E190 operations.

First delivered in September 2005 and used commercially two months later, the 100-seat Embraer 190 has played an important role in the fleet of ‘New York’s Hometown Airline’. Interestingly, analyzing Cirium data shows that since 2005, the regional jet aircraft have had more flights from Boston than the carrier’s JFK hub.

JetBlue’s E190s, which have a 2-2 layout obviously with no middle seat, have an average age of 12.8 years, according to ch-aviation.com. They continue to play an important role, focusing as they do on shorter and less-demanded routes that wouldn’t justify a higher-capacity aircraft, at least not at the same frequency or with the same level of unit revenue. They also boost frequencies during off-peak times. In time, they’ll be replaced by incoming Airbus A220s.

Where is JetBlue flying the E190 in August?

Amusingly enough given how many seats the aircraft has, some 100 routes will see the E190 in August. These include a number of infrequent services and one-offs, OAG indicates, such as Orlando to Aguadilla on August 5th, New York La Guardia to Fort Lauderdale the following day, and JFK-Fort Myers on the 26th.

There are some 28 routes from JFK (2,241 movements), 27 from Boston (2,459), and 18 from Fort Lauderdale (1,408), JetBlue’s three main airports. Boston to Washington’s downtown airport has the most flights, as follows, with up to five daily outbound flights depending on the day.

Obviously, regional jets are normally deployed on relatively short routes as that is where their economics are more advantageous. Breeze’s initial Embraer network, for example, is an average of 604 miles.

Perhaps more interesting are the longer sectors. And JetBlue has more routes above 1,000 miles than it does less than 300 miles. No doubt the superior economics of the A220, which sees airBaltic use it from Riga to Dubai, will ensure they’re used fairly soon.

Chief among JetBlue’s longer routes is Boston-Austin, as shown below, although this has only four flights by the E190 and is otherwise served by the A320. Boston-Houston, meanwhile, is once-daily, 1,597 miles, and fully by the Embraer. JetBlue’s entry into Key West with the type has helped that airport to grow significantly.

What are your experiences of the E190 with the carrier? Let us know by commenting. 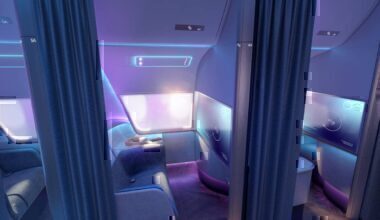 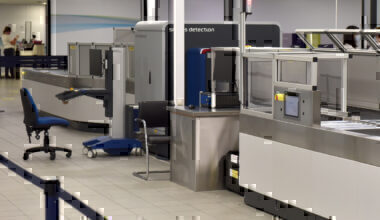 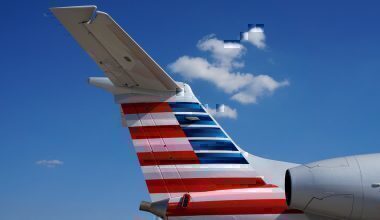