Despite the incredibly difficult times being experienced by airlines right now, JetBlue remains committed to its eagerly anticipated London launch. Contrary to speculation that the routes could be delayed by quite some time, the airline has today confirmed that it is still targeting 2021 for the start of these game-changing services.

If there’s one shred of hope and excitement left in the aviation industry right now, it’s got to be the arrival of JetBlue in Europe. Formally announced in April 2019 (but rumored for a long time before), the community has been rife with speculation and anticipation for these game-changing flights.

As such, the wind was thoroughly taken out of our sails last week, when CEO Robin Hayes said the London launch would be “shifted back a little bit in time.” In the current climate, when airlines talk about delays and timeshifts, that’s usually in the magnitude of several years.

However, today the Blue flame has been reignited, as the airline confirmed to Simple Flying that 2021 is definitely still the target date. The airline told Simple Flying,

“We anticipate the need for JetBlue’s low fares and exceptional service – particularly on transatlantic routes dominated by a handful of mega-carriers charging high fares – will be more needed than ever once the market recovers from the impact of coronavirus.

“We still plan on taking deliveries of the A321LR and launching service to London in 2021. The timing of our launch may shift later than initially planned as we continue to evaluate the impact of coronavirus and partner with Airbus on our delivery schedule.”

We have to say, that’s the best news we’ve had for, oh, three months or so. To be frank, it’s almost a ‘Dream Come Blue.’

What do we know about JetBlue’s London launch?

JetBlue has been relatively tight-lipped about its London launch but nevertheless has succeeded in generating quite the buzz. Snippets of information have filtered through to the public domain, which has only served to raise our pulses even further.

Right now, we know these routes will be served by the A321LR aircraft. These are neo-ized versions of the popular narrowbody plane, with additional range to enable the transatlantic trip.

We also know they’ll be launching from both New York (JFK) and Boston (BOS) at some point next year. Both the statement from Hayes and the airline’s input today suggest the exact date is a movable feast, but that’s to be expected given the current climate. At least we know the target is still next year.

There have also been rumors of a brand-new business class product for the routes. Fans of the Mint product will already be well aware of the superb value these offers, but rumors of newly registered trademarks in February this year – ‘Mint Suite’ and ‘Mint Studio’ – could suggest something even better is being planned.

The airline already confirmed in September last year that the Mint cabin would likely be larger than what is seen in the US right now. The airline told Simple Flying at the time,

“[The A321LR] will include more than the 16 seats currently configured on our existing A321s with Mint with personalized service from hospitality-trained JetBlue crewmembers.”

Clearly, the airline is planning to aggressively go after some of that lucrative business class traffic between New York and London. We can’t wait to hear more details on these new products and services.

The really big question all JetBlue fans need answering is where it will land? The airline confirmed London would be its first European destination (the first of many, we hope), but at which airport?

London has more than its fair share of suitable airports, from the slot constrained and expensive Heathrow to the budget, slightly out of the way Stansted. There’s also second-placed Gatwick, an ideal hub for leisure connections, and low-cost Luton, home to budget rivals Wizz Air and easyJet. You can see how JetBlue could argue the case to fit in at, well, any of them really.

COO Joanna Geraghty has previously said nothing was yet ruled out. In fact, she said JetBlue might even consider flying into multiple London-area airports. But that was 18 months ago, and a lot has changed since then.

Right now, the timing couldn’t be better for JetBlue to snap up some landing slots at either of the ‘big two’ London airports. While Heathrow doesn’t fit amazingly with the airline’s low-cost model, its Mint Suites could prove popular with the business traveler, who typically prefers to transit through this airport. It would also allow it to easily link up with a number of codeshare mainline carriers, including Emirates, Etihad and Iberia.

However, there’s an argument to be made for Gatwick too. With a newly(ish) inked interlining agreement with Norwegian, a connection at the South London hub would make sense. But then, of course, if it wanted to feed its budget-conscious passengers to other low-cost airlines, Luton and Stansted are back in the game.

It’s frustratingly difficult to predict, with any certainty, where exactly in London JetBlue will land. Until there’s a formal announcement, we’ll just have to bide our time and dream of the day we can chill in a Mint Suite across the Atlantic. One thing’s for sure though – the plucky Blue airline now has a few more options open than it did this time last year.

Are you as excited as we are to see JetBlue in Europe? Let us know your thoughts in the comments. 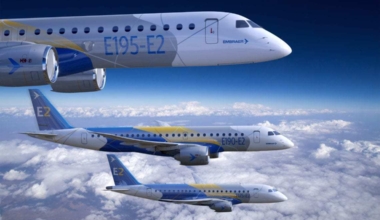 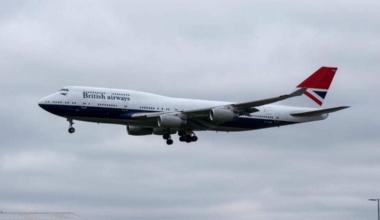 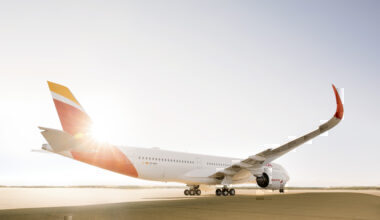