A former Qantas 707-138B that was once part of John Travolta’s private plane collection is destined to see out the remainder of its life at an aviation museum in Australia. But its delivery has been delayed until some time in 2020 while work continues on bringing the plane up to speed in order to get the okay to make the transpacific ferry flight.

The long and storied history of VH-EBM

John Travolta has owned and housed the vintage Boeing 707 in his private hanger in Florida since buying it in 1998. Recently, he donated it to the Historical Aircraft Restoration Society (HARS) based at Albion Park Airport, a regional airport south of Sydney. Mr Travolta has previously caused quite a stir by captaining the plane into Sydney and Melbourne once or twice, managing to both gracefully land the plane and look pretty sharp in a captain’s uniform. The word is he’d like to do an encore performance into Albion Park – which should send local ladies of a certain age all warm and tingly.

The old Boeing was flown by Qantas between 1964 and 1968 as VH-EBM City of Launceston. It is an unusual plane because it is a one-off model, one of only 13 manufactured especially for Qantas back in the 1960s. It used to fly the Fiesta route to London. But Qantas offloaded  VH-EBM to Braniff Airlines in 1968 where it spent some time before it became a corporate jet belonging to, amongst other people, Frank Sinatra. Mr Travolta bought it in 1998, restoring it with its original Qantas livery, in the process delighting Qantas who appointed him a brand ambassador in 2002.

Mr Travolta did a deal with Qantas – they maintained it while he owned it – which sounds like a good deal. Originally seating 140 passengers, Mr Travolta opted for more comfortable arrangements. The Boeing 707 now seats 25 people and has a bedroom (with ensuite), a proper kitchen, lounge and dining room. Alas for Mr Travolta, the maintenance deal with Qantas lapsed. Maintaining the ageing plane (it was manufactured in 1964) swung back to Mr Travolta. It is a big ask given the difficulty of procuring spare parts and the dwindling know-how associated with the aircraft type.

Mr Travolta has donated his 707 to HARS, which is very generous of him. But the problem is the plane hasn’t been certified to fly for several years. It is now housed at Stambaugh Aviation, Brunswick, Georgia and getting the plane airworthy again, certified, and capable of making the long flight across the Pacific is both costly and time-consuming.

Hopes of having the plane fly into Albion Park later this year (nicely timed to coincide with Mr Travolta’s speaking tour) have been squashed.

Getting the plane back in the air

HARS has had volunteers over in Georgia working on the plane in conjunction with Stambaugh Aviation. HARS has reported that systems checks, including engines and instruments, have been done. Some fuel has been pumped into the tanks and the four engines are running okay.

A more recent update from comes from Australian Aviation who quote HARS saying work needs to be done to comply with an airworthiness directive. An inspection of the four engines to search for cracks using a high-frequency eddy current needs to be done. Work is also being done on the pylon support brackets.

Simple Flying has been told that the aircraft is in okay shape. It isn’t rundown and the airframe doesn’t have a lot of hours. It’s a matter of determining what needs to be done, getting it done, and getting the necessary approvals.

It is worth noting that however VH-EBM makes its way to Australia, it doesn’t have the range of modern aircraft and it will need refuelling stops. Approvals will be needed from every jurisdiction it plans to stopover in. It is an added complication

Governmental and inspection hurdles are compounded by the fact that HARS is largely run by volunteers and the costs of this venture are not insignificant. Nonetheless, it is a respected organisation with over 750 volunteers including more than 200 former Qantas employees. They scored a coup in 2015 when Qantas donated a 747-400 (VH-OJA) and made a spectacular landing on the 1819 meter Albion Park runway in March 2015.

HARS are unsure when in 2020 they expect Mr Travolta and his former Boeing 707. But when it does hit Australian shores again, it will make for another spectacular touchdown at the small regional airport. Whether Mr Travolta will be there and wearing his Captain’s outfit remains unconfirmed. 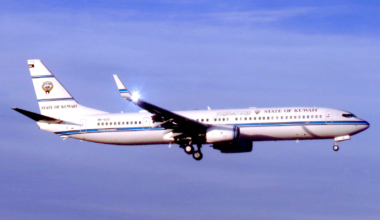 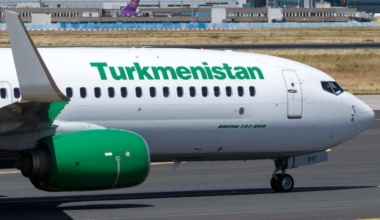