Kenya Airways today operates a widebody fleet of Boeing 787 aircraft. But prior to this, it was an operator of the 767 and 777, with both 777-200ER and 777-300ER aircraft. Unfortunately, these left the fleet long before their time, as this article explores.

Before taking on the 777-300ER, Kenya Airways operated four 777-200ER aircraft. These entered the fleet between May 2005 and February 2007 (according to fleet data from ch-aviation.com). They were all acquired as new aircraft from Boeing.

The four aircraft were all retired and sold in April 2015, with the oldest of them just coming up to 10 years. All four remain in service as of June 2021. Three aircraft passed to leasing company Cargo Aircraft Management and are leased to charter operator Omni Air International (two currently serve with the US Air Force). The fourth aircraft now flies with Eastern Airlines.

This is not an uncommon move amongst airlines, as, at that age, there is still considerable life and re-sale value left in the aircraft. Kenya Airways, by that time, had already started to take delivery of the more efficient Boeing 787 and had also acquired the larger 777-300ER.

The story of the 777-300ERs is not as simple. Kenya Airways took on three aircraft between 2013 and 2014, intending to offer higher capacity on its existing long-haul routes. This came as part of a plan to rapidly expand routes and the fleet (known as Project Mawingu). Airline CEO at the time, Dr. Titus Naikuni, explained this is a statement, saying:

“The delivery of this Boeing 777-300ER aircraft marks a key milestone for us at Kenya Airways. Its long-haul capability is a perfect fit for our network expansion plans as it will enable us serve our existing long range markets much more effectively and facilitate the opening of routes in the near future,”

The three aircraft were all leased by Kenya Airways – two from GECAS and one from CDB Leasing. The first aircraft to arrive, in October 2013, was registration 5Y-KZZ (named Maasai Mara). It was followed in May 2014 by 5Y-KZY (named Vicotria Falls) and in July 2014 by 5Y-KZX.

Cost-cutting and subleasing the aircraft

The year after the arrival of the 777-300s was not a good one for Kenya Airways. The financial year ending in 2015 showed the worst ever losses for the airline (despite passenger number increasing from 3.7 million to 4.2 million).

Several factors were to blame, including the previous strategy to expand rapidly. Losses due to fuel-price hedging were also a factor, as was its partnership with KLM.

These financial difficulties put an early end to its 777-300 plans, along with other fleet and route reductions. In 2015 the airline announced it would sublease the three aircraft. In March 2016, they were all re-registered and entered service with Turkish Airlines. 5Y-KZZ joined with registration TC-LKA; 5Y-LZY became TC-LKB, and 5Y-KZX flew as TC-LKC.

The 777 story does not end there, however. In 2018, there was speculation that Kenya Airways would take the aircraft back. Its operating environment, and financials, had improved  (although it was still not in profit), and the aircraft could once again find use in the fleet. CEO Sebastian Mikosz confirmed in March 2018 that the airline was planned to take back the three 777s leased to Turkish Airlines and also two 787s leased to Oman Air. A new route from Nairobi was JFK was a big driver for this.

The return of the 777s never happened, though, and by Summer 2019, it was confirmed that the aircraft would stay with Turkish Airlines.

With the onset of the pandemic, though, Turkish Airlines has not needed its full fleet of 33 777-300ERs. Many were grounded in 2020, and all three of the aircraft leased from Kenya Airways remain inactive and stored. Whether they return to service with Turkish Airlines post-pandemic or Kenya Airways takes them back (for use or disposal) remains to be seen. But with an age of less than 10 years, there is plenty left in these aircraft.

Do you think Kenya Airways was too ambitious in its fleet expansion? Now that it has a fleet of nine 787s, do you think it would want the 777s back? Let us know your thoughts in the comments. 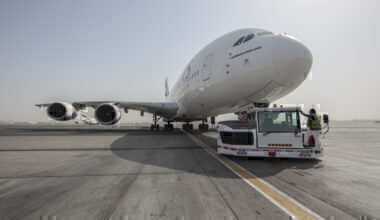 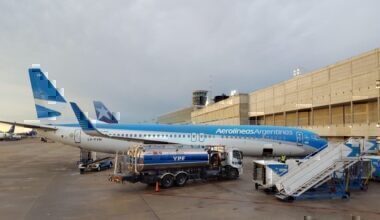 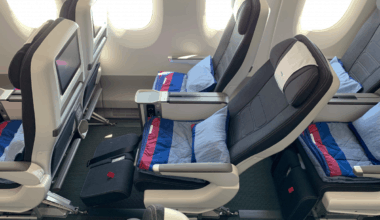