KLM Vs Air France Economy – Which Is Best For International Long Haul?

It’s been a while since we did an Air France-KLM comparison. The two airlines are part of the same airline group and have much of their operations integrated with one another. They even have the same loyalty program: Flying Blue. However, their respective countries have very different, distinct cultures and this is reflected in the airlines and the passenger experience. So let’s see how they compare for an international long-haul experience in economy!

If you know your aircraft types then this comparison might concern you; comparing a 14-year old A330 with an almost brand new A350. However, I believe the cabin can be compared quite fairly as KLM has updated its A330 cabins in the last two years. Of course, new features will be taken into consideration.

I won’t go too in-depth with this part of the comparison but I can’t neglect it either. I personally enjoy transferring through Amsterdam’s Schiphol airport much more than Paris Charles de Gaulle. With all my experiences leaving/entering the Schengen area of the airports, I’ve found Dutch border guards to be much more pleasant. Furthermore, Schiphol is a smaller airport than Charles de Gaulle, which usually means a less confusing and stressful transfer.

The one point that Charles de Gaulle has over Amsterdam Schiphol is that CDG has fast-track lanes designated for SkyPriority (SkyTeam elite status) travelers. This makes the border control experience a little easier for anyone unable to use the automatic gates if they are a frequent flier with status.

On space and seating, I feel like it’s a tie between both airlines. Looking at the color scheme and decor in both cabins, I think they both look nice in their own way. Maybe Air France gets a fraction of a point for having patterns on their pillow covers but also loses that point because of a narrower seat. According to SeatGuru, the A350 offers 17-inch-wide seats in economy. The KLM A330 offers 17.5. Both airlines and their aircraft, however, offer 31-inches of pitch.

I believe the best inflight entertainment goes to Air France. Both inflight systems offer a great selection and I wouldn’t be able to identify all the unique content each airline has. Last year, KLM did have a lot of old, classic movies and TV shows as part of their 100-year-anniversary commemoration.

I believe that Air France has better inflight entertainment mainly because of one thing: A tail camera. The tail camera is incredibly fun to watch on the IFE, especially when you’re getting your wings de-iced or watching the sun rise/set. I wouldn’t expect KLM’s A330 to have this, but its new Boeing 787-10s don’t have them either. Actually, no KLM aircraft offer this feature. Only some Air France jets have this – specifically their A350s and A380s.

I was going to say that Air France also wins because of free basic WiFi for messaging. However, KLM does offer this on its 787s as well as select 777s and A330s. Apparently this will be installed across KLM’s long-haul fleet by end of 2021.

While it uses up a fair amount of paper, I have to say I really enjoy the fact that Air France distributes a menu at the beginning of the flight. It just makes the dining experience a little more ‘human’, so to speak.

Which airline has better tasting food? I think there are so many variables, it makes it hard to compare. Factors like the flight schedule, departure airport, meal selection, and personal taste mean that everyone may have a different experience. If you ask me what my preference is, I would go with Air France. But KLM’s food isn’t bad by any means.

Service. The service offered by all flight attendants was excellent. You might have heard of the French stereotype of rudeness but I’ve never experienced this on any of my Air France flights. KLM crew have always been really friendly and approachable as well.

Aircraft choice. KLM still has a notable fleet of Boeing 747s. The airline will phase these out soon, but until then, you may just be stuck in an old, tired cabin with half-functioning IFE for 8+ hours. With Air France, you run the same risk as the airline has some pretty old and outdated A330s on certain routes. But thanks to a refurbishment initiative, the chances are lower.

Sustainability. One thing I think KLM does well is highlighting (and hopefully following through on) their sustainability initiatives. Their recent “Fly Responsibly” video really makes you think. Furthermore, they have been quite public about their biofuel initiatives. Finally, the airline has a number of sustainable catering initiatives that make you feel good about your meal.

Getting upgraded. The last factor, which may just be my own personal circumstances, is the likeliness of getting an upgrade. I’ve flown extensively on both airlines and have been slowly making my way up the loyalty scheme. Air France has seen it fit to upgrade me twice from economy to premium economy – even though the first time I wrote an unfavorable review about it.

However, despite numerous long-haul (and short-haul) KLM flights in the last year, there hasn’t been much recognition of my loyalty and status – when compared to my Air France experiences. Although I did get a nice handwritten note/card on my birthday in 2018. Anyways, I hope this doesn’t make me sound spoiled or entitled! I do think that if there’s an empty seat up front, airlines could do with the occasional upgrade for an upper-level loyalty member.

It’s a really, really tough decision with these two airlines. There are pros and cons to both! However, based on my long-haul journeys in the last year and a half, I have to say that Air France has been the better experience for me. I can’t stress enough how close the decision is and that both offer a very decent long-haul economy experience.

Hopefully, this review gives you the information you need in order to choose the airline with features that matter most to you!

Have you flown long-haul economy on these two airlines? What would your choice be? Let us know in the comments! 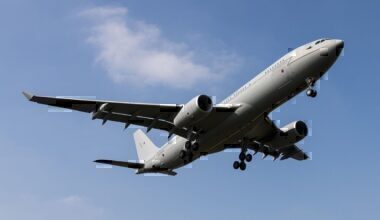 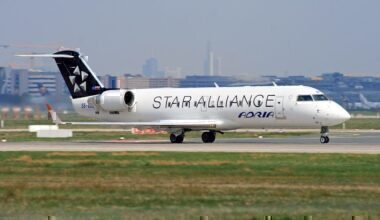 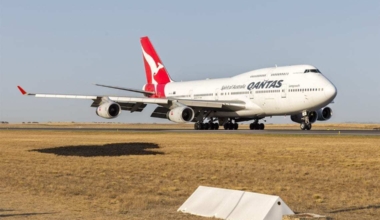