What If KLM Operated The Airbus A380?

Back in the early 2000s, as airlines around the world were considering A380 orders, KLM made a decision not to purchase the superjumbo. 20 years on, with production ending and many airlines retiring A380s early, it seems this was the right choice. In this article, we take a look at why KLM did not want the plane and what may have happened if it had taken it.

The A380 proved popular with many major European airlines. British Airways, Air France, and Lufthansa all chose it to operate on their key high capacity long-haul routes. Virgin Atlantic came close as well but did not end up ordering.

KLM, however, decided against introducing the A380. The airline said at the time that (reported by Reuters and recalled in this airliners.net post) it preferred to operate aircraft of half the size. Few of its routes would support the seating capacity of the A380 (perhaps including New York JFK, Dubai, Nairobi, and Curacao).

Up to then, KLM had also been a very loyal Boeing customer. So, there were likely advantages with sticking to a mainly Boeing fleet. It introduced the Airbus A330 in 2005, but prior to that, its fleet was dominated by Boeing and McDonnell Douglas aircraft.

Other aircraft also suit KLM’s way of operating better too. It tends to have a lower business class density than other carriers and does not operate a first class. This would have further heightened the challenge of filling an A380 on many routes.

The cargo capacity may have been a problem as well, with more on offer when flying two smaller aircraft on a route, rather than one A380, especially with its 747 Combi aircraft. For its size, the A380 offers a relatively low cargo capacity.

What would KLM have done with the A380?

Assuming that KLM had taken the A380, it would most likely have been a small fleet. There are only a few destinations that could have taken that capacity. Moreover, the infrastructure at Schipol airport would have been limiting. Of course, there would have to be work done to create more gates or remote stands for the A380, but KLM would not have wanted to over commit on this.

This small fleet size would have been a problem (and is likely one of the reasons KLM decided against it). Notably, operating and maintenance costs per unit would be higher.

In terms of what it would have looked like, KLM would probably have opted for a higher capacity layout than other European carriers. It is unlikely to have introduced a first class cabin, and would have gone with a three class layout.

Simple Flying compared long-haul economy with KLM and Air France and found many similarities in seating and comfort. It’s likely KLM would have exceeded Air France’s 389 seat economy layout, and offer less than its 80 business seats. We also took a look at what would have happened if Ryanair operated the A380 – KLM would still be much better than this all economy 853 passenger version!

It is nice to think that KLM would have introduced some sort of lounge or bar space for premium passengers (and lowered seating capacity), but given other European operator choices not to, this seems unlikely.

Would KLM be retiring the A380 now?

The A380, of course, has not worked out so well for many airlines. Several have experienced challenges with the large capacity, limited destination airports, and running costs and efficiency. The general trend has been to shift to more efficient twin-engine aircraft. So it seems KLM got this right 20 years ago.

Airbus is putting an end to A380 production this year, and several airlines have already begun removing the type from their fleets. This has been happening for several years (Malaysia Airlines tried to lease its aircraft in 2016, and Singapore Airlines returned four leased aircraft in 2017 and 2018), but has increased in 2020 following the slowdown in passenger traffic.

The situation with Air France and its 10 A380 aircraft is a good comparison, as Air France and KLM are part of the Air France-KLM group. Air France retired its first A380 in February 2020, at just 10 years old. This was the first part of a planned retirement of the fleet by 2022, at a cost to the airline of around €370m ($399m).

If KLM had taken the A380 it would likely have ended the same way. It didn’t make sense for KLM at the start, and this didn’t change. Interestingly, as Simple Flying discussed, one of the advantages Air France saw with the A380 was its use in busy airports and for maximizing slot use. This didn’t eventually matter that much to Air France, and likely would be the same for KLM.

Of course, we will never know what would have happened and perhaps KLM would have found a way to make it work!

Let us know your thoughts on both the KLM fleet and the future of the A380 in the comments. 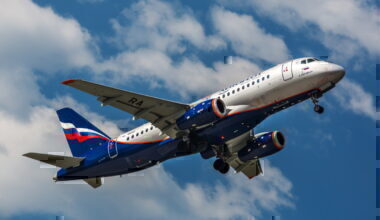 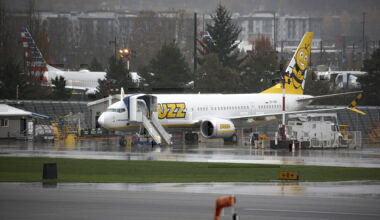 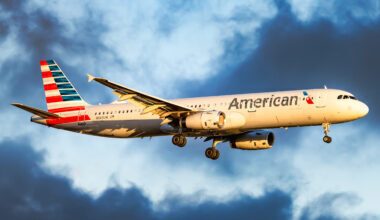 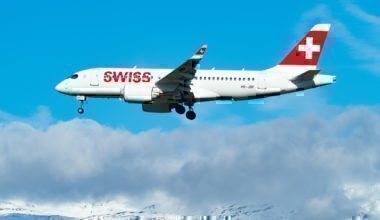