KLM has just scheduled its last Boeing 747 Combi flight, from New York JFK to Amsterdam on January 3, 2021. If you have always wanted to fly onboard the KLM 747, the clock is now ticking for you to buy that ticket.

As reported by The Points Guy, KLM has moved ahead with plans to retire the Boeing 747 and has scheduled the final passenger service on the aircraft for their network.

Specifically, Routes Online is reporting that the final trip will be flight KL644 from New York (JFK) to Amsterdam (AMS) on January 3, 2021.

Not only is it the last KLM Boeing 747 passenger flight, but it will also be the last Boeing 747 Combi Aircraft. As we mentioned in our special 747 variant article, the ‘combi’ version of the 747 was a special aircraft that could carry passengers and cargo via a moving divider.

If an aircraft was going to fly a route with little passengers but a big demand for cargo, KLM could quickly reformat the aircraft to carry more cargo. This feature was especially useful for KLM when it flew to its Carribean destinations like St. Maarten.

It is possible that another airline might pick up the airframe when it is retired (like a cargo carrier), however, with so many cheaper and more efficient aircraft on the market it is unlikely.

What is it like to fly onboard the KLM 747Combi?

The KLM Boeing 747 ‘combi’ is configured to carry 268 passengers.

There are 35 lie-flat seats in business class, spread over two decks. These seats have 80 inches of pitch in a lie-flat mode and are in a 2-2 configuration in most of the rows.

The next cabin onboard is the premium economy (economy comfort) with 35 inches of legroom in a 3-2 configuration with a single aisle. The other half of the aircraft, including the other aisle, is actually a galley.

A cool item to note (and well said by The Points Guy) is that thanks to the way the 747 fuselage curves forward, seat 1A and 1K in business class actually look forward. This gives you a look down the runway as you take off and land, and allows you to make sure there is nothing in front of you when flying.

And as mentioned at the start of the article, it is unlikely that you will be down the back of the aircraft as this space is reserved for cargo.

If you want to catch this aircraft before its retired, you can fly onboard the last flight to Amsterdam from New York on the 3rd, or another KLM 747 Combi from these destinations:

What do you think about this news? Will you be jumping onboard the KLM Boeing 747? Let us know in the comments. 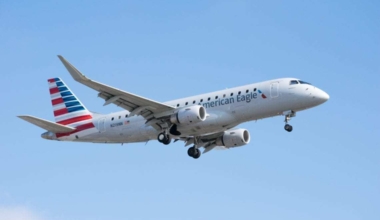 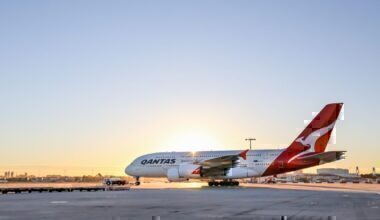 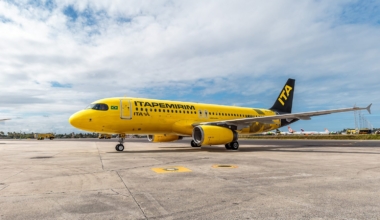 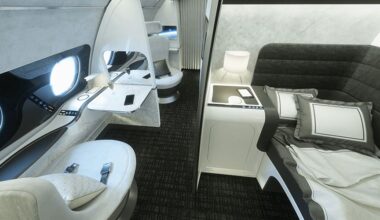 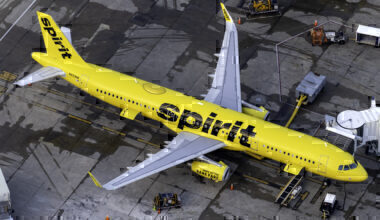