A new video by Korean Air uses Lego bricks and Minifigures to demonstrate COVID safety in the cabin. As well as showing how airplanes are sanitized, it offers perhaps the easiest to understand explanation of cabin air flow and High Efficiency Particulate Air (HEPA) filters.

Korean Air gets the message across

Korean Air has released a passenger information video, with a bit of a twist. In a bid to convince passengers to fly again, the airline has employed everyone’s favorite childhood toy to deliver the message.

In the video, a team of Minifigures workers can be seen sanitizing the cabin of a Lego Boeing 777. As they go about their chores, they can be seen removing seat covers and spraying disinfectant solution prior to departure.

Most interestingly, the airline uses little Lego bricks to simulate how the HEPA filters remove the germs and viruses from cabin air. It says that its Boeing 777 has eight of the filters, and even shows a little Lego worker removing and replacing the unit to keep the air safe and clean.

Tiny Lego studs are also used to demonstrate how airflow in the cabin reduces the spread of contaminants. It’s a very visual and easy to understand description of what aircraft manufacturers have been telling us all along, but far more engaging than any other method we’ve seen to date.

Korean Air followed its first video with a sequel, explaining procedures and safety measures at the airport. While sequels are usually poor cousins to the original film, we have to say this one’s pretty good too.

It’s not the first time Lego bricks have had a cameo in an airline film. Last year, Turkish Airlines worked with the stars of the Lego Movie to drive home its safety message in a hilarious new video.

A mountain to climb

For Korean Air, it has perhaps a bigger job than most to restore passenger confidence. In a recent survey undertaken by Inmarsat Aviation, South Koreans were shown to be more cautious than any other nation when it comes to resuming flying.

The Passenger Confidence Tracker found that 35% of respondents would not take a flight until COVID-19 disappears, a significantly higher number than any of the other 12 countries included in the research. 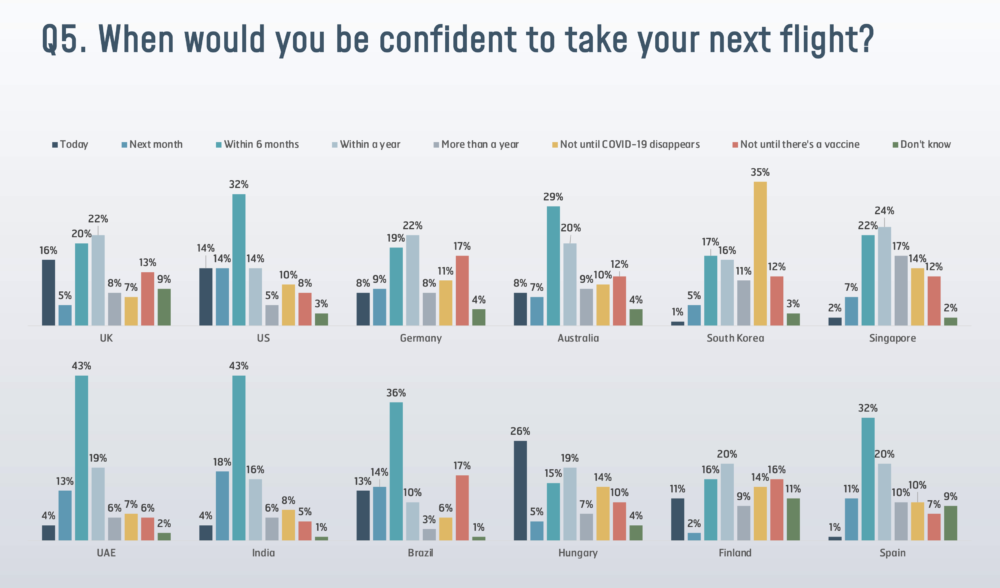 South Koreans are also worried about virus transmission on the plane. 54% said that worries about catching the virus at the airport or on the plane were preventing them from travel right now, a figure only overshadowed by their fears of catching COVID abroad. 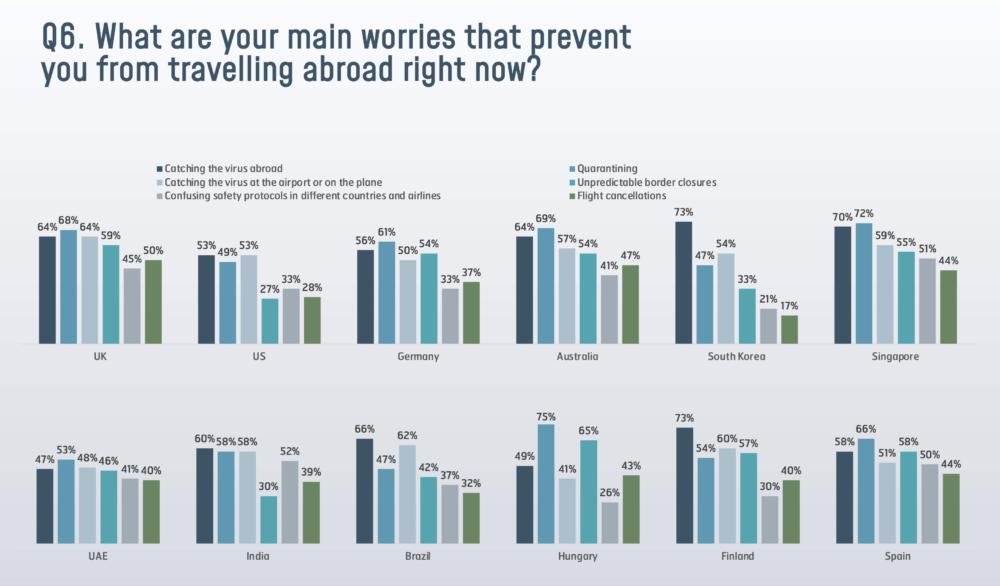 Much research and marketing have been done by airlines and manufacturers alike, in a bid to help people feel safer when flying. But Korean Air’s effort using Lego bricks has to be one of the most innovative we’ve seen to date.

Does it get the message across for you? Do you feel any better about flying? Let us know what you think in the comments.