Fiji is losing its direct service to Seoul with Korean Airlines axing its Seoul-Nadi flights from 1st October 2019. From this date, bookings are no longer being accepted on the thrice weekly A330-300 service, according to Routes Online.

The axing of the service is a double blow for Fiji. It provided a handy access route for Fijians into Europe and the UK. It also brought a steady stream of European and UK visitors to the island.

Korean Airlines is the only airline outside the South Pacific that flies into Fiji. The bulk of passengers on the Korean Airlines Nadi flights used Seoul as a transit port, going to or coming from elsewhere.

The flight is a key link to the wider world for Fiji, making access to the island nation easier and cheaper for tourists coming from the far side of the world.

Korean Airlines is a classic example of South Korea’s problematic chaebol system, whereby corporate conglomerates, in this case the Cho family, breed a culture of nepotism, dysfunction, and overreach.

The fully privatised Korean Airlines, South Korea’s largest airline, has been battered on several fronts in the last couple of years. The airline’s profitability has plummeted and it had a net loss in 2018. The USD has risen significantly against the Won which drove up fuel costs by 26% and net interest costs by 14%.

In addition, a series of scandals have engulfed the family that controls the airline. Last year, the Chairman of Korean Airlines, Cho Yang-ho, and several of his family members were questioned by South Korean authorities over fraud and breach of trust issues.

Cho Yang-ho, who succeeded his father as Chairman of Korean Airlines in 1999, died in Los Angeles three months ago. His son, Cho Won-tae, is now Chairman and CEO of the airline.

Despite this, Korean Airlines maintains a reputation as a quality airline. Its withdrawal from Nadi is a big blow for Fiji.

Fiji is a collection of 330 islands in the South Pacific. It is a lovely part of the part. But it’s a long way from anywhere, and getting there can be expensive and time consuming.

Fiji used to be a regular refuelling pit-stop on transpacific flights. But modern aircraft can cross the Pacific nonstop, and Fiji is bypassed.  Nowadays, there are about 30 international flight movements a day at Nadi.

In addition to the end of the Korean Airlines flights, local carrier Fiji Airways announced last week that it was quitting the Adelaide market and ending its Nadi – Adelaide flights. The cessation of the twice weekly flights is been put down to profitability and aircraft availability issues. Fiji Airways has two aircraft out of action owing to the 737 MAX grounding.

Fiji’s national airline, Fiji Airways, has a decent reputation around the region and is introducing A350s later in 2019.

These things matter because tourism is one of the biggest sectors in the Fijian economy. It provides jobs for over 40,000 people and generates around USD$1 billion per annum, a big chunk of Fiji’s GNI.

In the 2017/18 year, Fiji received nearly 860,000 international arrivals. Some 65% of these arrivals come from Australia and New Zealand.

Less than 9,000 South Koreans visited Fiji in the same period, but some 50,000 visitors from Europe and the UK jetted in, reinforcing the view that most travellers on the Korean Airlines Nadi flights travelled in from outside Korea.

The withdrawal of Korean Airlines flights means Fiji loses its only air service from a carrier based outside the South Pacific area. It loses access to the easy transit facility that Seoul’s Incheon Airport offers travellers from further afield. It loses the seamless transfers into Europe and Asia that Korean Airlines offered.

In addition to offering a quality product, Korean Airlines has a reputation for competitive fares, something Fijian locals appreciated.

It’s a blow for Fiji, its tourist market, and Fijian residents. 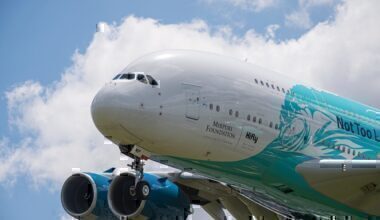 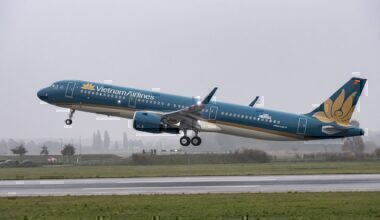