On Monday, an estimated 30 Korean Air employees and executives came together to disinfect one of its Airbus A330s. The South Korean carrier’s Chairman, Walter Cho, also got his hands dirty cleaning the aircraft.

The aircraft, stationed in Seoul, had completed its Jeju-Gimpo flight route on June 28th. Seats, armrests, seatbelts, meal tables, windows, toilets on the Airbus A330-300 received a good scrubbing. These airline executives received prior training on cleaning methods as well as safety guidelines.

The thorough sanitization process performed by the airline staff shows a determination to keep passengers safe on board, amid concerns COVID-19 could spread on airplanes.

In a statement sent to Simple Flying, Chairman Cho said,

“Korean Air puts the health and safety of its passengers as our top priority. Executives and employees have come together to assure customers of our dedication to delivering an even safer in-flight environment.”

Korean Air uses HEPA filters, a common sight in most airlines due to COVID-19. The HEPA filters allow for a regular recirculation of air, precisely every two to three minutes. Cabin air in the airline’s aircraft also flows from ceiling to floor as opposed to front to back, which helps to limit the spread of contaminants.

Specifically, the airline’s domestic flights are disinfected more than once a week. International flights arriving at Incheon International Airport and flights departing from Incheon to the Americas receive additional disinfection work.

Korean Air utilizes sterilization product, MD-125, in its cleaning process. The product is approved by the Korean Ministry of Food and Drug Safety and the U.S. Environmental Protection Agency (EPA). According to the official statement, “MD-125 is known as an effective product to eliminate COVID-19.”

Altogether, Korean Air was one airline that was quick to respond to the coronavirus situation, seeing as it remains geographically close to the origin of the virus outbreak in Wuhan, China.

A possible reason for the prompt response could have been due to one of its Boeing 747 rescue flight fiasco in January. There were 18 passengers on board who showed symptoms of the virus and thus brought to a government facility. Chairman Cho had also voluntarily been on the flight, which evacuated Korean citizens from Wuhan.

Starting January 30th, the airline stepped up its disinfecting procedures. Additionally, in the same month, the carrier made mask-wearing and sanitization stations a norm for its airline staff. Currently, wearing masks is compulsory for both crew and passengers. Furthermore, on top of face coverings, cabin crew must wear protective gowns and goggles.

“Back to front” zone boarding

On June 10th, the flag carrier implemented a new boarding process. Dubbed the “back to front” zone boarding, those seated at the back of the aircraft will board first to minimize contact between passengers. Special assistance passengers, the elderly, and customers with children are unaffected by the new system. These passengers will continue to board first.

According to an official statement seen by Simple Flying,

“To emphasize social distancing measures that are in place, there will also be floor markers at the gate floor for international flights so that passengers can keep their distance while waiting to board the flight.“

Additionally, the airline continues to conduct temperature checks before boarding.

After reporting a massive loss in Q1 of 2020 following the pandemic, Korean Air is finding ways to receive financial aid. As of May 15th, Simple Flying said the carrier accumulated a $46m loss. This was even after executives took a 50% pay cut, and 70% of its employees were on leave.

In April, state-owned banks threw the carrier a lifeline in the form of $971m in liquidity. Reuters reports the Korea Development Bank (KDB) and Export-Import Bank of Korea provided loans and bonds to keep the airline afloat.

On Friday, Business Korea reported that the Key Industry Stabilization Fund also aims to help the airline monetarily. The details are unconfirmed.

It appears the fund is South Korea’s attempt at particularly aiding companies in the aviation and shipping industry. Beyond that, the fund also helps other companies affected by the crisis.

What do you think about Korean Air’s cleaning process? Do you feel safe to fly with the South Korean carrier? Let us know in the comments. 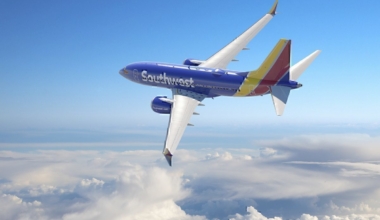 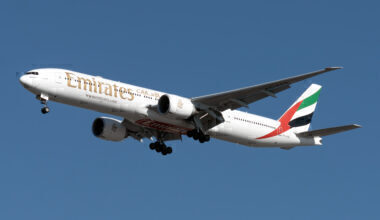 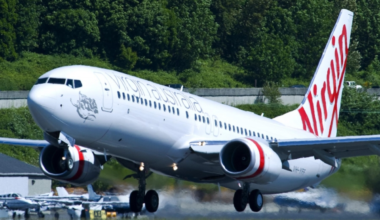