Which Airlines Have The Largest Airbus A350 Orders?

The Airbus A350 is a popular aircraft among airlines and is now reaching closer to the 1,000-order mark. While 2020 may have seen a slowdown in orders and deliveries, we can expect a more exciting 2021 for new A350s. Here are the airlines will the largest A350 orders.

With 52 aircraft in the fleet, the A350 forms the backbone of the airline’s fleet and is only narrowly behind the 777 for most planes. The A350 can be found on key routes to cities like New York, San Francisco, Sydney, and more.

Singapore Airlines comes a close to second to having the largest A350 order, with 67 of the A350-900 on order. The carrier has configured these planes for various missions, from flying the longest flight in the world to flying regional routes. Singapore is also the only airline to fly the A350-900ULR (Ultra Long Range).

Singapore Airlines has 52 A350-900s in its fleet today, tying with Qatar for the largest A350 fleet currently. The A350 is the workhorse of the fleet, usually flying to cities across the network, including New York, Perth, Kuala Lumpur, Amsterdam, and more.

Emirates currently has an order for 50 A350s. The Middle East giant upped its order from 30 to 50 planes last November at the Dubai Air Show. Choosing the A350-900, the aircraft would provide the right balance of range and capacity for the airline’s all-A380 and 777 fleet. However, the carrier yet to take delivery of any A350s.

The first A350s were to join Emirates’ fleet in 2023, if all went well. However, the events of 2020 have likely delayed any further aircraft deliveries. With the last A380 only reaching Emirates in 2022, the A350 seems a while away.

Hong Kong flag carrier Cathay Pacific is the fourth-largest customer for the A350. The carrier has an order for 46 aircraft, with 26 for the -900 and 20 for the -1000. As of today, 40 planes have been delivered to Cathay, according to Planespotters.net.

Cathay Pacific recently reached a deal with Airbus to defer A350 deliveries that were planned for 2020 and 2021. The airline will now see deliveries between 2020 and 2023 for the remaining aircraft. A similar deal for deferral has been made with Boeing for the 777X, which will now only join the fleet after 2025.

While these are the biggest customers for the A350, many other airlines have ordered the plane. From United’s repeatedly delayed order for 45 A350s to French bee’s, the all-A350 airline, the plane has aircraft quite popular among airlines.

What do you think about the Airbus A350? Which airlines have you flown on it with? Let us know in the comments below! 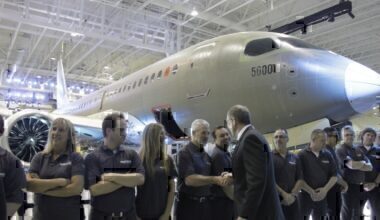 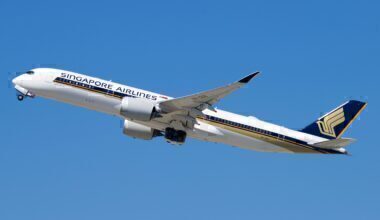 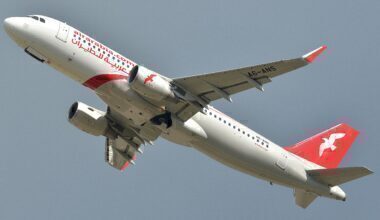