The Top 10 Largest Planes Ever Made

What are the largest aircraft flying? We all know the A380 is the largest passenger jet built – and likely will be for some time. We take a look here at this and other large passenger jets, as well as transport aircraft and some one-off developments. There are many ways to measure large aircraft – including length, weight, volume, or wingspan. We’ll take a look at all of this, but bear in mind, others could easily make the list!

The A380 is the largest passenger jet ever built by passenger capacity, volume, weight, and wingspan. The 747-8 beats it for length however, as will the upcoming 777-9.

It offers a maximum passenger capacity (exit limit) of 853 but a typical capacity of 400 to 550. Such high capacity demonstrates a world-class feat of engineering. But, unfortunately, it has not worked out as well as hoped for airlines.

Emirates has made a success of it with its hub-based model, but most airlines have struggled. The rise in the ability of twin-engine aircraft and the shift away from hub and spoke operations damaged the aircraft’s potential, and the slowdown seen following the events of 2020 has sealed its fate for several airlines.

Sadly, with increasing retirements, it is failing to find a new use. Only Hi Fly has taken on a second-hand aircraft for charter use but even that airline has now retired it. Its potential in the cargo market is limited by its design, and although it would make an amazing private jet or VIP transport, its size and limitations have so far stopped this from happening.

The 747 is, of course, the other very large passenger jet. The latest 747-8 is the largest version offered, coming in just over three meters longer than the A380. But it has a lower maximum capacity of 605 (again, this is the maximum exit limit, with a typical capacity around 450). It also has a much shorter wingspan (68.4 meters compared to 79.95 meters), which has been a benefit as it increases the number of airports at which it can operate.

Until the A380, the 747 was the largest passenger aircraft flying. This has been its hallmark since its launch in 1968. It was developed in collaboration with Pan American World Airways (Pan Am). The airline had seen success with the 707 and wanted to take this further with a new aircraft over twice the size. It was, in fact, originally planned with a full-length upper deck, but this could not be made to work with safety requirements.

As test aircraft are now flying, it seems appropriate to include Boeing’s upcoming 777X. The largest variant, the 777-9, will be the longest passenger aircraft ever launched, at just over 76 meters. And it will offer a typical capacity of up to 426 – not far off that of the 747-8.

Unlike the other passenger aircraft on this list, the 777X, of course, is a twin-engine aircraft. And these new GE9X engines are the largest and most powerful commercial engines ever built – larger than a 737’s fuselage! The 777X will bring in a new era of very high-capacity, very efficient twins. We are unlikely to see four-engine commercial jets again for some time, but there could be more developments in this area.

We still have to wait a while to see the 777X in airline use. Development has been delayed due to engine problems and issues with structural testing. And production delays have also crept in due to the slowdown during the pandemic.

As of May 2021, orders stood at 320 (down from 350 before the pandemic). Qatar Airways currently expects to take its first aircraft in 2023, but Emirates (by far the largest customer) may not until as late as 2025.

Moving away from passenger jets, one of the largest aircraft you will ever see flying is the Antonov An-225 freighter. Only of these is operational, although a second remains partially built. This is the heaviest aircraft ever built and has the widest wingspan of any operational aircraft. It also has six engines and 32 wheels!

It was originally launched in 1971 to transport the USSR’s equivalent of the Space Shuttle, known as Buran. The shuttle would be carried on top of the aircraft, and parts of the rocket could fit into the large fuselage. It can carry the highest payload of any aircraft – an enormous 250 tonnes (for comparison, the 747-8F freighter aircraft can carry up to 136 tonnes). As such, it has remained in service and seen some specialized uses.

Sticking with the same manufacturer, the An-124 is smaller than the An-225 but is one of the largest commercially developed freighters. It launched in 1982, and 55 aircraft have been built. Until the 747-8 was introduced, it was the heaviest commercially produced aircraft.

As of April 2021, 33 An-124 aircraft remain in use (according to data from planespotters.net). Seven of these are operated by Ukrainian airline Antonov Airlines, 12 by Russian airline Volga-Dnepr and one by each of Libyan Air Cargo and UAE-based Maximus Air Cargo. They regularly see unusual cargo operations, such as transporting Maglev trains from Germany to China.

Carrying on with large transport aircraft, the C-5 Galaxy is also high up the list for size and payload. It is a military transporter aircraft built by US manufacturer Lockheed and entered service in 1970. It followed other successful transporters, such as the C-130 Hercules, but simply needed to be bigger.

At just over 75 meters long, it is bigger than the A380 and the An-124. It can carry a payload of 127 tonnes and adds inflight refueling for a huge range.

It remains in active service with the US Air Force, although several large transports have followed it. The Boeing C-17 Globemaster is a leading example – it’s big but not as big as the C-5.

Interestingly, Lockheed was also interested in an even larger replacement. The so-called VLST (Very Large Subsonic Transport) was proposed in the 1990s but never developed. A passenger version would have two decks, four aisles and carry up to 900 passengers.

Technically, the Beluga XL is not an aircraft type but a modification of the Airbus A330. As such, some may question whether it should appear on such a list. But however you treat it, it is one of the largest aircraft you will see regularly flying.

By volume, it is the largest. It offers a fuselage volume of 2,209 cubic meters. For comparison, Boeing’s Dreamlifter comes in behind at 1,840 cubic meters.

Airbus built the Beluga XL (and its predecessor Beluga) to transport its aircraft components. From its outset, Airbus has split aircraft construction over several locations. It was formed as a consortium of several European manufacturers to take on Boeing.

The Beluga was introduced in 1995, based on the A300 airframe, and used mainly for A340 construction. The Beluga XL, based on the A330-200, followed in early 2000. Its larger size was needed for larger A350 components. So far, three aircraft have been delivered, and six will enter service by 2024.

The Dreamlifter is Boeing’s modified fuselage transporter. This is based on a stretched 747-400 fuselage, with an innovative tail swing door to allow full access to the fuselage.

It was designed to carry Boeing 787 parts from suppliers in Italy and Japan (as well as US locations) to final assembly facilities in Washington and South Carolina. The first Dreamlifter entered service in 2007, and there is now a fleet of four.

The Hughes H-4 Hercules was one of the largest aircraft ever built but never moved beyond the one prototype version. It is a flying boat transport and was designed for use during the Second World War. It could carry 750 troops or two 30-ton M4 tanks. However, it did not get flying until 1947, after the war had ended.

It has the second largest wingspan ever (after the Stratolaunch), at 97.8 meters, and is powered by eight Pratt & Whitney engines. To conserve metals during the war years, it has a wooden fuselage, hence its nickname of the ‘Spruce Goose.’

The one prototype did make test flights but never entered service. It remains preserved and on display at the Evergreen Aviation and Space Museum in Oregon, US.

Last on our list is the Stratolaunch aircraft (with the full name of the Scaled Composites Model 351 Stratolaunch). This huge double fuselage plane has the largest wingspan of any aircraft ever – an amazing 117 meters (the closest behind this today is the An-225 at 88.4 meters).

It was designed to carry a rocket, weighing up to 250 tonnes, between the fuselages for launch into orbit. Much of the technology, and its six engines, are based on the 747-400. The two fuselages are each 73 meters long – and in case you are wondering, the pilots sit in the right-hand cockpit. The left side is unpressurized and used just for equipment.

There have been delays to the program, most notably following the death of its founder Paul Allen in 2018. The new owner, Cerberus Capital Management, decided to shift the role of the aircraft to be a launch vehicle for reusable hypersonic flight research vehicles. After a two-year delay from its first flight, the Stratlauch flew again in April 2021. We’ll keep an eye on future developments for this exciting aircraft.

Hopefully, this has been an interesting look at some of the largest aircraft around. Remember, there are many ways to measure such aircraft and several others could have made the list. Feel free to discuss the listed ones, or any others, in the comments. 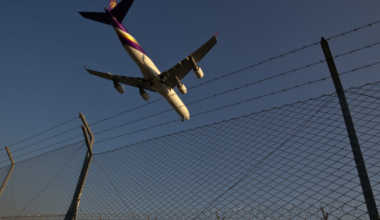 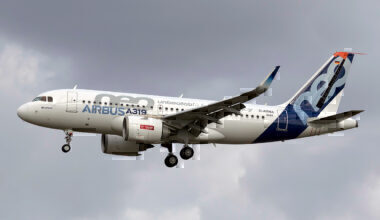 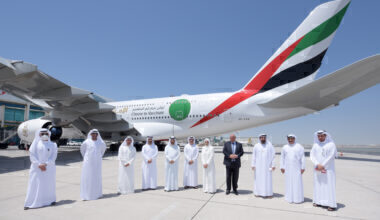 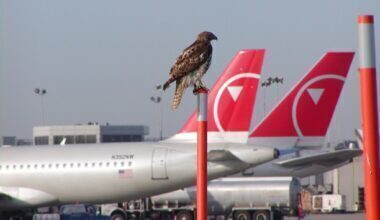 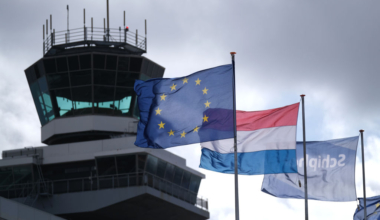