That’s A Wrap: Emirates Takes The Last Ever Airbus A380

And just like that, it’s over. Emirates has taken delivery of its 123rd Airbus A380 order, bringing the entire double-decker jet program to a close. The Dubai-based airline was the first to place an order for the A380, then called the A3XX, way back at the 2000 Farnborough Airshow, and has since grown to be the A380’s largest customer.

The Airbus A380 first joined the Emirates fleet in 2008, and in the years since, has been used for more than 380,000 flights according to schedule data provided by Cirium. With two of the airline’s A380s already being retired, Emirates now has a fleet of 121 A380s. Earlier this year the airline revealed that one of those retired, its first-ever A380, has been dismantled.

Today was a bittersweet day for Emirates and Airbus. While new aircraft deliveries are usually cause for celebration, the end of an aircraft program is a somber occasion. This seems to be especially the case for the Airbus A380, a jet loved by passengers, but not so much by airlines.

The aircraft delivered to Emirates today will be registered as A6-EVS and will be delivered with the new Emirates premium economy cabin. The aircraft is only the 254th A380 to be built by the European planemaker, though it has the serial number 272.

The difference in the two numbers is primarily explained by canceled orders. Orders were assigned a place in the queue, and thus an MSN. However, when they were canceled, the queue was shuffled forwards, but not the serial numbers allocated. For example, according to Planespotters.net, MSN 37 was due to go to FedEx, while 185 was destined for Skymark Airlines, and 196 for Transaero.

“The A380 has touched the lives of so many passengers by setting new standards in terms of flying and travel experience. I’m confident that it will continue to do so for decades to come with Emirates, which has continuously introduced new services and products allowing passengers around the world to experience the unique features of their A380s.”

A key part of the Emirates fleet

The Airbus A380 has played a key role in many airlines’ fleets. Though for Emirates, the jet was always a little bit different. The aircraft makes up around half of the airline’s fleet, alongside the Boeing 777.

While many airlines were shunning the A380 at the height of the pandemic, Emirates was keen to bring the jet back as soon as possible, and now flies to London seven times a day with the giant aircraft. According to Cirium, by the end of the year, Emirates will have flown 386,000+ A380 flights, equating to 188.3 million seats.

Are you sad to see the end of the Airbus A380 program? Let us know what you think and why in the comments! 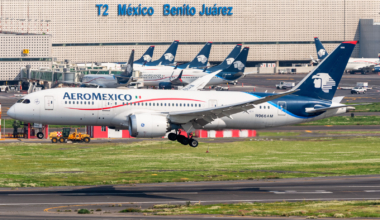 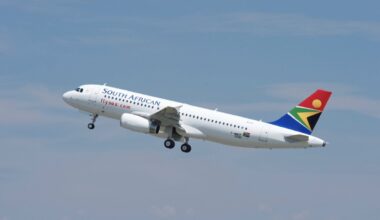