LATAM Reduces Its International Operations To Just 5 Routes In April

Which route will LATAM fly?

Previously, LATAM had announced a cut of 90% of its international flights and a 40% reduction of its domestic routes operations. But the travel restrictions worldwide due to the coronavirus pandemic have made the operations of the airline much harder.

The South American airline group will continue flying between Santiago de Chile and Sao Paulo, Brazil. These cities were the two main hubs of each of the two airlines that form the LATAM Group: LAN from Chile and TAM from Brazil.

Since 27 March, Brazil also banned entry to every foreign traveler transiting through Brazil and on to a third country that restricts their entry. Additionally, the South American country is denying entrance to people coming from 45 countries. Still, the Brazilian government has open borders with the US. I don’t understand this reasoning when the US is the place with most coronavirus confirmed cases.

Chile rejects a bailout for LATAM

Just as Mexico did last week, the Chilean government said that there will be no bailouts for companies, even though LATAM’s CEO, Roberto Alvo said that airlines will need government help.

“I have heard through social media that the airline LATAM was asking for government aid. I want to be super clear about this. We are prioritizing people and I think it’s rushed. I think it’s wishful thinking, for one company to be asking something of that nature.”

According to IATA, the aviation industry contributes 2.8% to the Chilean GDP. It generates over $7 billion yearly and supports 191,000 jobs.

With this in mind, IATA, ACI-LAC, ALTA, and CANSO published a joint statement making an urgent appeal to governments. These organizations know that their previous estimate of an $8 billion hit to the industry in Latin America is a thing of the past. The hit could be a lot higher.

IATA praises Brazil for its support on airlines

Currently, besides critical flights enabling the urgent transport of medicines, vaccines, personnel, and repatriation of citizens, “the rest of the air transport sector in our region has essentially ground to a halt” said the four organizations.

To face this, they asked for aid. They aim to maintain the services provided by airlines, airports, air navigation service providers and associate services. They also plead the inclusion of the aviation sector in any national scheme or special aid package.

Another petition is the facilitation of debt renegotiation and to allow for government budgets to be reinvested in the aviation sector. The four organizations also asked for a relaxed quality of service obligations, the adjustment of working conditions, flexibility of the slot rules, and temporary relief in the requirement to develop infrastructure.

They also recognized and applauded the measures implemented by some governments while encouraging others to follow.

With this in mind, last week IATA praised Brazil for its support on airlines. This country announced air transport-specific relief measures, such as deferment of fees and taxes. ALTA also congratulated this country and added Colombia and Uruguay.

What do you think Latin American carriers should do? Let us know in the comments. 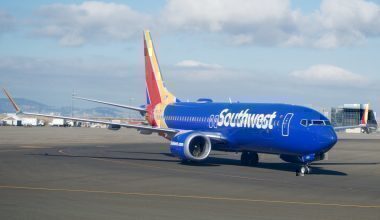