A LATAM Airbus A350 was damaged as a result of a collision with a luggage transportation vehicle at São Paulo/Guarulhos airport in Brazil. Photos of the incident posted to Facebook on June 8th show that the ground vehicle struck the right-hand engine cowling.

The photos, which surfaced on the Facebook page of Aeronews, show the aftermath of the minor incident. It appears that the luggage cart’s windscreen shattered upon impact with the aircraft engine, as glass fragments can be seen in front of the cart.

As for the aircraft, a roughly three-foot crack has appeared, with the main point of impact showing an inwards dent.

Fortunately, there were no injuries reported as a result of this collision. Without being able to contact anyone involved in the incident – the photos would point to a loss of control by the ground vehicle as the main reason for the crash, but this hasn’t been confirmed.

The aircraft involved in the incident is an Airbus A350-900 operated by South American carrier LATAM. The aircraft’s registration is listed as PR-XTI and, according to data from FlightRadar24.com, had recently flown to São Paulo Guarulhos International Airport from Lima, Peru, as flight JJ9561 on June 7th. The A350 is over two years old, having been delivered in December of 2018.

Unfortunately, no further details could be obtained regarding the incident.

Ground collisions at airports, unfortunately, do happen from time to time. Thankfully, unlike incidents that occur in the air, episodes on the ground tend to be less severe. This is because the speed of aircraft and ground vehicles is much slower.

Last November, Two American Eagle Bombardier CRJ900s were damaged at Dallas-Fort Worth airport in Texas after an accident involving a fuel truck. Both aircraft were preparing for departure at the time of the incident.

In the same month, a LATAM Airbus A319 suffered a collision with stairs at Rio de Janeiro’s Santos Dumont Airport. While there were no reported injuries to either passengers or crew, the aircraft sustained damage to the wing. The stair-vehicle appears to have been more seriously damaged.

DAMAGED / LATAM Airbus A319 (PT-TMO, built 2011) was hit by a belt loader vehicle + stairs just after landing at Rio de…

In April, two Cathay Pacific aircraft were damaged when they scraped by one another on the tarmac of Hong Kong’s International Airport. It appears that the sharklet of an Airbus A350 came into contact with the horizontal stabilizer of a Boeing 777-300ER.

Tarmacs can be busy sites of activity with many things happening at once. Not paying attention to one’s surroundings- or just having poor spatial awareness often leads to these types of incidents.

Hopefully, the LATAM A350 can be repaired without too much delay. As it is registered as a LATAM Brasil aircraft, São Paulo is likely the home base for the jet – which will be helpful for making repairs.

What do you think happened for this collision to occur? Could it have been a vehicle malfunction or merely human error? Let us know your thoughts by leaving a comment. 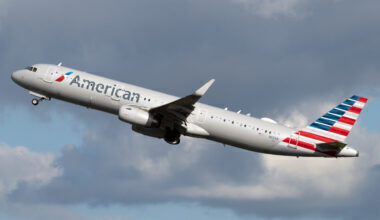 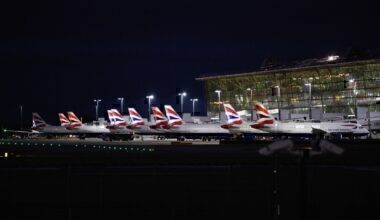 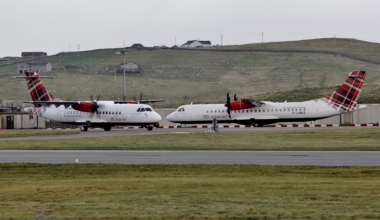 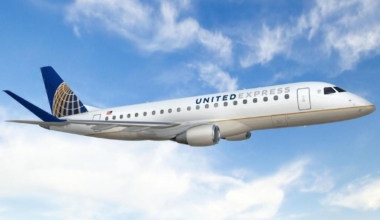 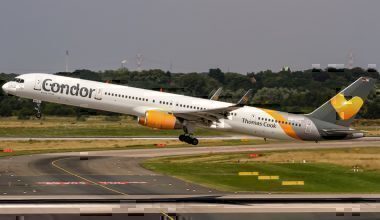