This weekend marks 79 years since the legendary Lockheed L-049 Constellation first flew. The propeller aircraft would go on to leave a legacy in US aviation that is felt nearly eight decades later, thanks to the advanced avionics it brought to the industry.

Taking it to the next level

Howard Hughes was ever-present across social and business spectrums in the United States. This factor was exemplified in the world of aviation. The film producer, businessman, engineer, and of course, aviator was behind several pioneering flight initiatives in the early and mid 20th century.

in 1939, the entrepreneur held a major stake in TWA. He had ambitions of a unique plane that could comfortably carry many guests and plenty of freight across the country. Notably, he was keen to provide the first coast-to-coast, nonstop operation with the aircraft.

Thus, he held a meeting with Lockheed Corporation president Rober Gross, chief research engineer Kelly Johnson, and chief engineer Hall Hibbard. The trio was also eager to revolutionize flight services and introduce the firm’s first large transport that would carry passengers to greater distances while being affordable enough to be an alternative to other methods of long-distance transport at the time.

The Constellation project was then born, being a development from the L-044 Excalibur program that Lockheed had been working on. The Model 44, nonetheless, went on to be canceled while transitioning into the L-049.

The Constellation, or Connie, as it would be affectionately called, would go on to become a favorite in the industry. During the whole series, 856 units were built between 1943 and 1958.

The first of the variants to fly was the L-049, with 14 military and 74 civilian units being produced of the type. Its maiden flight was conducted by a military build.

Notably, following the attack on Pearl Harbor, the United States’ aviation sector was essentially mobilized to assist with the country’s efforts in World War II. Therefore, Lockheed’s production facilities were now overseen by the military. So, 80 L-049s that were intended for commercial carriers were requisitioned by the Air Transport Command and given the designation of C-69.

The XC-69 prototype made its way off the production line in December 1942 and was Lockheed’s first four-engined plane. Following a series of ground tests and inspections, the plane was ready to fly in the new year. Subsequently, Edmund Allen, who was Boeing’s chief test pilot, was consulted to head the controls. He took to the skies with the powerhouse on January 9th, 1943, and was significantly impressed after touching down.

Plenty to shout about

Allen was ecstatic about the flight controls and avionics and even joked that he wasn’t required to fly the plane. The L-049 provided the first hydraulically boosted power controls, which was largely power steering for aircraft.

Moreover, the plane’s speed of 350 mph (560 km) made it quicker than most fighter models. Along with this, 44 passengers could fit in a pressurized cabin, which meant that the aircraft could avoid challenging weather conditions that had a significant impact on flight operations at the time due to the preliminary technology that was around.

“Lockheed’s design was so good, the U.S. military, readying for war, saw its potential as atransport for troops and supplies in Europe and took over production in 1942. The first official flight test for a Constellation, sheathed in olive green paint and redesignated C-69, came early the next year. It was a plane equally beautiful in form as well as function. First flight went so well that five more flights were performed the first day,” Lockheed Martin states.

“Hughes went about publicizing the Constellation the best way he knew how: by breaking a transcontinental speed record on a Burbank to Washington, D.C., flight in April 1944. The Connie averaged 331 mph, flying nonstop in six hours, 57 minutes, and 51 seconds on this flight. After setting the record, that aircraft was returned to the military and during service testing at Wright Field, Ohio, Orville Wright, who had made the first powered flight, made his last flight, serving as copilot on a test run. When the war ended, TWA bought back all the C-69s it could from the government; conversions were made and the Constellation entered commercial service in February 1946.”

Even though the plane was a vital force in WWII, its value didn’t end after the fall of the war. It also had a crucial role in commercial aviation in the decades that followed.

Lockheed acquired five C-69s still in production from the military amid the end of the conflict. These units were then converted into commercial transports with new features such as better ventilation, heating, and insulation to fit in with the new market.

The first commercial production had hit the air on July 12th, 1945, and was then delivered to TWA on November 14th that year. TWA sent its ‘Star of Paris’ to the capital of France from New York on February 5th, 1946, to kick off L-049 scheduled commercial services. The plane stopped off in Ireland and Newfoundland on the way.

Pan Am, who was usually close by when it came to new builds in the mid-1900s, received its first unit on January 5th, 1946. The legacy carrier initially deployed the aircraft between Bermuda and New York.

Capital Airlines, Braniff, Delta Air Lines, Eastern, Panagra, and American Overseas Airlines were some other major US carriers to go on to operate the plane. Air France, BOAC, KLM, El Al, and Cubana were notable international players that also utilized it.

During its heyday, Connie conducted several groundbreaking achievements. For example, the aircraft became the first commercial plane to fly above 12,500 ft (3,810 m). This feat helped it perform the first nonstop coast-to-coast commercial service.

In the year that Connie entered service, Lockheed started mulling over stretched editions. There were several variants of the Constellation, including the larger fuel capacity L-149 and the designated USAAF L-549. However, the most notable development would be the L-1049 Super Constellation, which conducted its first flight on July 14th, 1951, and entered service on December 15th, 1951. In total, 320 military and 259 commercial units of the Super Connie were produced between 1951 and 1958.

This type would bring further advancements, such as air conditioning, reclining seats, and extra air conditioning. It was also at least twice as fuel-efficient as the early jets that were on the scene.

Overall both the original L-049 and advanced L-1049 would leave a mark in the industry that is felt today. There are even some units of the series still flying today. All in all, the Lockheed Constellation program broke ground and wasn’t afraid to take risks with the technology involved with the series.

What are your thoughts about the Lockheed Constellation? Let us know what you think in the comment section. 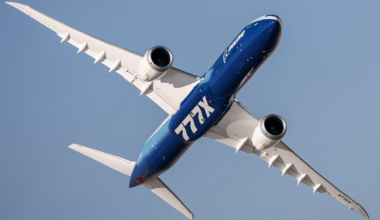 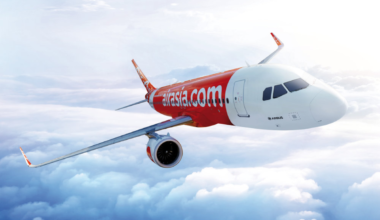 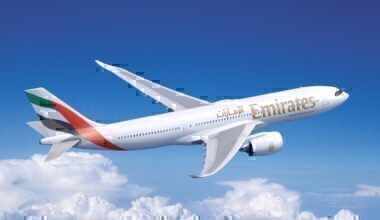 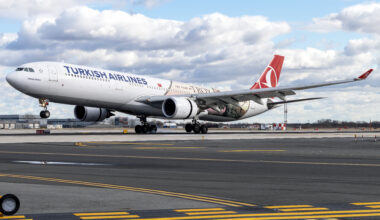