A chance for rapid expansion

One of the main reasons Gatwick is courting Indian carriers is because of the opportunity for tremendous growth. Currently, the market has no Indian airline that flies to long-haul international destinations (barring Air India). This gap has long been filled by the big three Middle East airlines and some European carriers, further so after the fall of Jet Airways. All of this is poised to change in 2020.

Vistara will be the first to launch a possible London service, with its Dreamliners set to be delivered by the end of February. Gatwick is enticing customers like Vistara by offering guaranteed slots, marketing funds, and even outright discounts. Winning a customer like Vistara could create a ripple effect for Gatwick, allowing it to attract more carriers from India as they begin flying to London.

Gatwick also hopes to create competition between itself and Heathrow. If Vistara chooses to go with Gatwick over Heathrow, it could see competition brewing for any additional flights they may deploy. This presents a win-win for airlines like Vistara, giving them a guaranteed slot faster than Heathrow can and creating competition for any further services.

Gatwick’s push comes with a huge advantage: time. Gatwick has slots has available today and can offer airlines capacity in time for the busy summer season. This is in stark contrast to Heathrow, which is nearly at full capacity and winning a slot is like winning the lottery (no, they actually have a lottery). Gatwick has significant room to expand operations and will allow airlines to continue adding services without spending substantial time or money for a slot.

Gatwick is also hoping to become a major, international airport in London. While the airport does have many international departures, it only represents a fraction of Heathrow’s. An India expansion could see new flights arriving soon and an even larger expansion by other airlines like IndiGo and Vistara.

Will airlines be persuaded?

Gatwick’s proposition sounds great on paper, offering slots, discounts, and room for expansion without the wait time or exorbitant fees. The reality, however, is quite different. Gatwick has been offering these incentives for a while now, meaning this isn’t particularly new, and it hasn’t swayed more major carriers from the mighty Heathrow.

It is possible that Vistara decides to go with Gatwick for expediency in the short term, but it will lose out on connecting traffic with its over a dozen codeshare partners (nearly all of whom depart from Heathrow).

Gatwick makes a great argument, but Heathrow’s stature and connectivity make it a tough sell to full-service carriers. But with Heathrow slots only becoming rarer, this might be the big break Gatwick has been looking for. 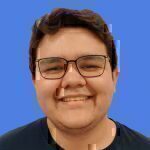 Go back
Continue without disabling
I've disabled my adblock
wpDiscuz