** Update: 17/2/20 @12:53 London Heathrow Airport reached out to Simple Flying with the following statement “Following yesterday’s technical issue Heathrow’s systems are stable and the airport is operating as normal. We apologise for the inconvenience this caused our passengers. Our teams continue to closely monitor our systems and will be on hand across our terminals to provide assistance to passengers.”**

It was chaos yesterday (Sunday) at London’s Heathrow Airport after a system failure caused cancellations and delays at all terminals. People trying to get on flights reported pandemonium in the terminals with airline staff busy trying to write down gate numbers on whiteboards after flight departure and arrival screens stopped working.

To make matters worse, the UK was experiencing Storm Dennis, the second major storm in less than two weeks to batter the British Isles with wind gusts of up to 90 mph and a month’s worth of normal rainfall in 48 hours. Compounding the misery was the fact that it was the second day of the half-term holiday, a particularly busy day for travel.

Arriving passengers were also affected by the IT failure

Heathrow officials said that the technical issue also delayed arriving passengers who were stuck on aircraft while waiting for gates to be allocated for arriving flights. Automated baggage operations were also affected by the glitch adding to waiting times for luggage to arrive on the carousel. Both issues were resolved at around 22:25 GMT.

Heathrow announced a return to normal service in a tweet which read:

“Today’s technical issue has now been resolved and Heathrow’s systems are returning to normal. “We apologize for the inconvenience caused. Our teams will continue to monitor our systems and be on hand to provide assistance to passengers as we work to resume our regular operations.”

Passengers had to rely on whiteboards

Passenger Sam Mills, who was traveling from London to Pittsburgh with British Airways, spoke about the IT failure.

“I was continually getting ‘Delayed’ messages on the board, with no gate information for my flight,” he told the BBC. “A BA representative informed me that it should update before my flight, and not to worry.” “But as soon as the gate did pop up [on the board] – it told me the flight had departed, without me on that plane. “As of right now, I am stranded. There’s a line of people about 300ft in both directions at the British Airways service desk. We haven’t been told any information from anybody.”

Caitlin Gould, meanwhile, who had traveled up from Cornwall Sunday morning, spent the day at the airport waiting to catch a flight with Lufthansa to Munich after her initial British Airways flight was canceled. She said the staff were “really helpful… if you can find them”.

“At the gate, there is almost no information,” she told the BBC, adding that everyone was dependant on whiteboards to find out where they should be. “None of the online information matches up with any of the boards. People are walking around with signs trying to find people to take them to the plane.”

British Airways, apologized for the disruptions and flight cancellations, telling customers that they would be rebooked or entitled to a refund. The UK national flag carrier also let it be known that overnight accommodation would be provided if necessary. When responding to a customer’s remarks on Twitter, the airline replied tweeting:

“We’re aware Heathrow Airport is currently experiencing a technical issue that is impacting some of their IT systems across the airport, affecting a number of airlines. “We are working with them to resolve the issue as a priority and apologize for the delay to our customers.”

This is not the first time BA has had IT issues

This is the third time in recent memory that British Airways has experienced a massive IT failure. In August of 2019, a glitch involving online check-in and flight departures caused the cancelation of more than 100 flights while delaying a further 200. The other big IT failure occurred during the busy spring bank holiday period in 2017 when a major computer meltdown forced the cancelation of 726 flights leaving tens of thousands of passengers stranded.

If you were caught up in the chaos at Heathrow yesterday, please tell us all about it in the comments section. 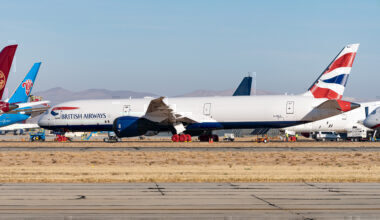 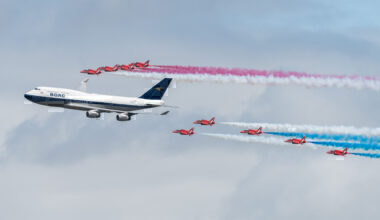 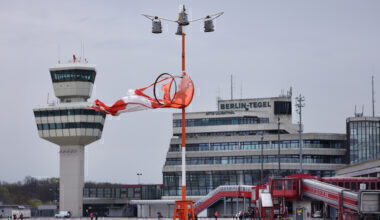