Everybody is aware that Singapore Airlines operates the mammoth 18-hour flight between Singapore and Newark in New York. However, did you know that there are now 25 scheduled flights that are booked to take longer than 14 hours? From Singapore Airlines to Qantas, we take a look at the flights. While the flights are all over 16 hours, here we have ordered them by the distance from A-B for simplicity.

Coming in at 25 is Aeromexico’s longest flight. While this flight only travels 8026 miles, it clocks in at an incredible 20 hours and 30 minutes. The reason for the length is that the flight stops for 1 hour 50 minutes in Tijuana. It has been included on this list as through passengers do not leave the B787 in Tijuana.

24. Dallas Fort Worth to Dubai

The Emirates flight from Dallas Fort Worth to Dubai clocks in at 8040 miles. The overnight flight departs Dallas at 11:25, arriving in Dubai 14 hours and 30 minutes later at 11:55. The flight is operated using a B777.

Qatar operates a 14 hour and 45 minutes flight from Houston to Doha. The flight is also operated using a B777 and is another overnight flight departing at 17:55, and arriving at 17:40.

Clocking in at 15 hours and 45 minutes is Emirate’s flight from San Francisco to Dubai. This A380 flight travels a total of 8103 miles overnight.

Another Cathay Pacific flight, CX861 travels 8153 miles. Cathay Pacific also operates the flight with an A350 and scheduled to take 15 hours and 55 minutes.

18. Dallas Fort Worth to Hong Kong

Also travelling to Hong Kong is American Airline’s first entry into this list. The B777 flight travels a distance of 8123 miles and is scheduled to take 17 hours.

While travelling further than American Airline’s B777 flight, Emirate’s A380 from Houston to Dubai takes just a fraction of the time. The flight is scheduled for 14 hours and 35 minutes and travels a distance of 8168 miles.

Coming in from 14th to 11th place are four flights originating in Los Angeles. The flights are each within 90 miles of each other, hence being grouped.

Once the world’s second longest flight operated by a Singapore Airlines A340, the flight is now operated with an A350 in a 2 class layout with Premium Economy and Business Class. Singapore Airlines flight is scheduled to take 17 hours and 35 minutes. United also operates the route with 2 B787s. Their flights are scheduled to take just 17 hours and 20 minutes. The flight travels 8446 miles.

Another Philippine flight departing from North America, number 8 is the route from New York to Manilla. It is scheduled to take 16 hours and 35 minutes over a distance of 8520 miles. Philippine use an A350 to operate this flight.

7. Dallas Fort Worth to Sydney

United Airlines operates a slightly longer route from Houston to Sydney. This flight is operated over a distance of 8596 miles. While it is only around 20 miles longer than the previous Qantas flight as the crow flies, the flight is scheduled for an extra 20 minutes taking 17 hours and 30 minutes. It is operated with a B787 aircraft.

Another A350 flight operated by Singapore Airlines, this flight takes a total of 17 hours and 50 minutes. The total distance travelled is 8770 miles.

Each of the top three flights has a distance of over 9000 miles. The London to Perth route clocks in at 9009 miles. The route is scheduled to take 16 hours and 50 minutes in a Qantas B787. Qantas has plans to operate a non-stop flight from London to Sydney within the next few years.

At an impressive 9032 miles, the Qatar flight from Auckland to Doha grabs onto the number 2 spot. Another B777 flight, the route is scheduled to take 17 hours and 50 minutes. It is the longest scheduled Boeing aircraft flight by distance as the crow flies.

Last but not least, we have the world’s longest flight. Travelling a distance of 9534 miles, the flight is also scheduled to take 17 hours and 50 minutes. Singapore Airlines operates the flight with a ULR edition of the A350 which has no economy class. The aircraft is only fitted with premium economy and business class to save on weight and hence fuel.

Would you be comfortable travelling for over 14 hours? Let us know in the comments down below! 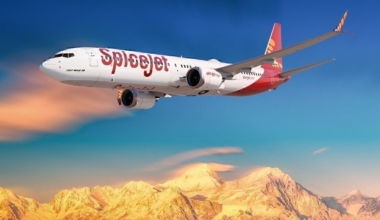 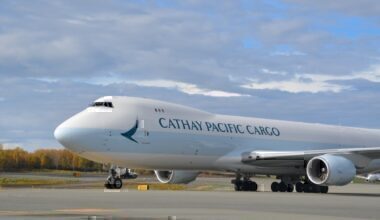 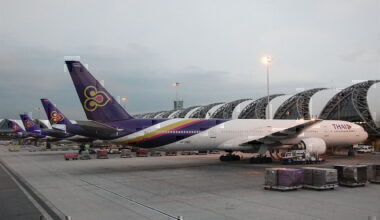 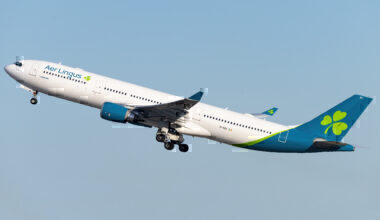