What Are The World’s Longest Flights During COVID-19?

As COVID-19 continues to impact flight schedules globally, airlines have moved quickly to trim their international offerings. This means some of the world’s longest routes are no longer operating or have made some changes. Here are the longest flights in the world operating during COVID-19.

Singapore Airlines has retained its title as the operator of the longest flight in the world, from Singapore to New York. The route was suspended from March to November 2020 due to travel restrictions and low demand. However, the airline resumed the route on 9th November, with some notable changes.

Due to growing cargo demand instead of carrying passengers, Singapore Airlines now operates the flight to New York’s JFK Airport, instead of Newark. While Newark offered more connectivity to passengers through United’s network, JFK offers much more cargo capacity.

Singapore Airlines is also operating the route with its standard A350-900, instead of the A350-900ULR. This is because the standard A350 offers more cargo space than the ULR (which has modified fuel tanks). However, to make the over 15,000km journey on SQ23 and SQ24, there is a payload restriction on passengers, not cargo.

Qatar Airways operates the second-longest flight in the world with a stop in Brisbane before carrying on to Auckland. This makes the total journey time over 18 hours and is flown by the Boeing 777-300ER. Qatar plans to resume its nonstop service in March 2021.

Emirates also operates its fourth-longest route in the world with a stop in Kuala Lumpur. The airline continues to operate this route using a 777-300ER but takes almost 90 minutes more than a direct flight. Emirates plans to resume its direct flights later this month.

Singapore Airlines returns to the list with the second-longest route in the world as of today. The carrier flies from Singapore to Los Angeles using its trusted A350-900s, flying over 14,000kms in 14 to 17 hours (depending on the direction). Previously, this route was also flown by the A350-900ULR.

The newly-inaugurated Air India service from Bangalore to San Francisco is currently the third-longest route in the world. The route is served by a Boeing 777-200LR and takes nearly 17 hours to complete. The flight routes over the North Pole, making it one of the few polar routes in operation.

In addition to being the third-longest (usually sixth), Air India started the route at a unique time. The inaugural flight took off on January 10th, 2021, at a time when most airlines have canceled long-haul routes. Perhaps more surprisingly, the first flight was full, with all 238 seats booked.

Philippine Airlines’ nonstop flight from Manila to New York JFK is the third-longest flight currently operating. The carrier makes the 13,700km journey using an A350-900 and takes between 15 hours and 17 hours in either direction. Currently, PAL is only flying the route once a week to maintain essential air routes.

Due to series of canceled routes from Asia and Australia, routes between the Middle East and Los Angeles are now some of the world’s longest. Emirates and Qatar Airways are two airlines currently flying to LAX from their hubs in Dubai and Doha, respectively. Prior to the crisis, Etihad and Saudia also operated similar routes from their hubs.

Australia nowhere to be seen

Usually, a common sight in the list of the longest flights in the world, Australia is notably absent during COVID-19. This is due to a few reasons, one of which is Qantas’ international flight cancelation. Qantas canceled all international flights back in March 2020 and will not resume them until July 2021. In addition, the airline has grounded its entire fleet of A380s until 2023 and most 787s until this year.

Qantas’ cancelation means the second-longest route in the world from Perth to London is no longer in operation. However, the flag carrier has operated a series of similar repatriation flights to Paris, Frankfurt, and others.

The second reason why most airlines have stopped flying to Australia is due to the country’s strict cap on passengers per flight and the requirement of exit permits to travel. Barring hub airlines like Emirates, Qatar, Singapore Airlines, most others have canceled routes to Australia.

Air India has been quickly adding long-haul flights while other airlines scale back. Last week, the airline inaugurated its new Hyderabad-Chicago route, the city’s first direct connection to the US. This 13,300km route is also flown by the 777-200LR, which is Air India’s only ultra-long-haul aircraft available.

As US carriers plot an expansion in India, Air India has moved quickly to retain its dominance on lucrative India-US routes. Both San Francisco and Chicago flights are timed to preempt the entry of United and American Airlines.

Longer flights will take a while to return

While some love, and others hate, the feeling of jumping on a plane for 14+ hours, longer flights won’t resume as soon as shorter ones. Border restrictions, low demand, and rising cases globally have meant some of the world’s longest routes, which have sky-high operating costs, are unlikely to resume any time soon. For now, we can expect hub-and-spoke airlines to continue to dominate the list of busiest routes.

While 2020 may have seen a decline in long-haul flights, many airlines did embark on unique one-off routes to repatriate their citizens.

What do you think about the return to long-haul flights? Do you feel safe flying right now? Let us know in the comments! 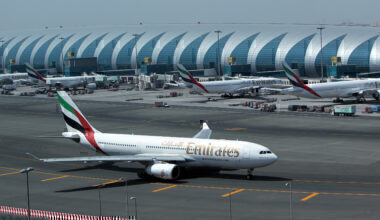