**Update: 27/01/20 @ 15:45 UTC – Official responses received from Lufthansa and Pratt & Whitney. Lufthansa confirms that the engine was not shutdown inflight. Details below.**

On January 21st a Lufthansa Airbus A320neo flying from Frankfurt to Prague was climbing out of Frankfurt when a loud bang was heard from one of the engines. This subsequently led to engine failure, with the crew deciding to retrun to Frankfurt.

The flight to Prague was flight LH1392 and had 118 people on board, according to the Aviation Herald. The incident occurred as the aircraft was climbing. After the noise was heard, the crew decided to stop the climb at FL240 and make a return to Frankfurt. A safe landing was completed, 45 minutes after departure.

The aircraft registration is D-AINM, and is a 1.4 year old Airbus A320neo according to Airfleets. This aircraft was powered by Pratt & Whitney (PW) PurePower geared turbofan engines (more on that below).

The return flight from Prague to Frankfurt was canceled as a result of the incident. The aircraft involved, D-AINM, is still on the ground as of writing this article and has not flown any additional flights all week.

A Lufthansa spokesperson responded to our request for comment saying the following:

“On Flight LH 1392 Frankfurt to Prague at Flight Level FL240, an Engine #1 stall occurred, thereupon the crew decided to return to FRA. The engine was operated without any abnormalities at idle until landing. The inspection revealed damage to the Low Pressure Turbine LPT #3 (last stage). Due to the damage, an engine change is unavoidable.

Lufthansa is in close coordination with Airbus and the engine manufacturer Pratt & Whitney on the further procedure.

There was no inflight shutdown; the engine remained at idle.”

Unfortunately, other airlines around the world have had issues with similar engines. In fact, budget Indian carriers IndiGo and GoAir have seen flight delays and cancellations because of issues with their A320neos and their Pratt & Whitney engines. IndiGo’s take-off procedures are thought to be one factor behind the higher rate of issues.

Supposedly, IndiGo pilots were taking-off using full throttle, as it can end up burning less fuel. By comparison, GoAir pilots use something called the ‘alt-climb’ method, which does not involve applying maximum thrust during the initial ascent. While India’s aviation regulator identifies this as one factor, it can’t be the only one since GoAir is still facing problems with its A320neo PW engines.

“A Lufthansa A320neo aircraft powered by Pratt & Whitney PW1100G-JM engines enroute from Frankfurt to Prague returned to Frankfurt on January 21, 2020. We are coordinating with our customer to support their continued operations”. -Pratt & Whitney spokesperson

Their spokesperson also informed me that the company has a team of Field Service Representatives that coordinate directly with the airline regarding any event such as this.

According to CAPA, at least 40% of all A320neo engine options are Pratt & Whitney. But a very interesting thing to note is that the highest rate of problems (at least ones that have made the news) have been occurring in India. Could engine performance be an environmental factor?

One non-Indian airline isn’t taking the risk: last November we reported that Qatar Airways was swapping the engine options of its A320neo family aircraft. The Middle Eastern carrier has chosen the engine of CFM International over the Pratt and Whitney option. In our recent reporting, we could only find one incident that involved the CFM Leap option for the A320neo: an easyJet A320neo incident that occurred last August.

Pratt & Whitney’s new geared turbofan (GTF) engines have been somewhat problematic overall. Even the Airbus A220 has seen its fair share of issues with its smaller PW GTF engines (although software may be to blame?). While they offer impressive gains in fuel efficiency over older engines, they have made the news for all the wrong reasons.

Do you think these problems will become more frequent and/or intensify as these engines see more and more use? Let us know in the comments! 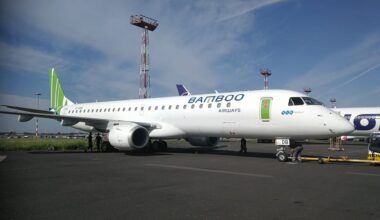 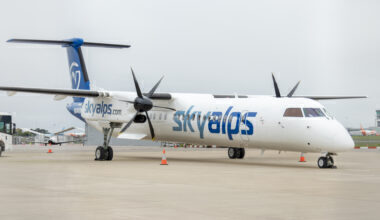 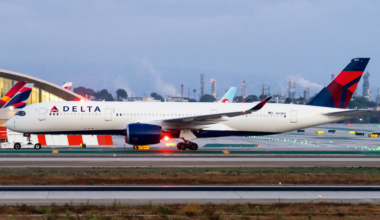