Lufthansa Will Bring The Airbus A340-600 Back To Frankfurt

Lufthansa is set to bring the Airbus A340-600 back to Frankfurt after all, even if not for a long time. According to the schedule data, the A340-600 will operate 47 rotations from Lufthansa’s main hub during early 2022. The airline is yet to schedule flights from Munich with the type, despite the Barvarian city initially being earmarked for the type.

Every now and again, miracles do happen, and it seems that the Airbus A340-600 will benefit from one of these miracles. It had seemed hit or miss whether the type would return, having been stored in the Spanish desert. In January, the airline’s CEO Carsten Spohr said that the aircraft wouldn’t return to the skies at all. However, Lufthansa revealed that five of the type would indeed return to the skies earlier this year.

As spotted by aeroTELEGRAPH, it seems that the Lufthansa Airbus A340-600 will return to the skies in January 2022, with flights between Frankfurt and New York planned for the first two months of the year. This was the last route flown by the MD-11F before its retirement.

According to aviation data experts Cirium, Lufthansa has scheduled 47 rotations from its main hub to the Big Apple. A daily flight is presently expected from January 13th, with the route showing as being served by the quadjet until the end of February. Yesterday, the US State Department started advising against travel to Germany, despite reopening to the country’s travelers earlier this month.

When Lufthansa initially revealed the return of the A340-600, it was planned to head to Munich to provide additional first class capacity as the airline awaits its first Airbus A350-900s fitted with such a cabin. Speaking to Simple Flying, a Lufthansa Spokesperson revealed that this would indeed be the case, commenting,

“Five of the A346s will be reactivated for the summer flight schedule for Munich. Since the five cannot be reactivated all at the same time, the first ones will be available earlier. According to current planning, these will be deployed successively from Frankfurt, starting in January. For the summer flight plan, all five will operate from Munich.”

By placing the Airbus A340-600 on the route, passengers will be able to avail of first class on a key route for the German flag carrier. The aircraft has a total of 281 seats throughout the cabin. At the front, passengers will find eight first class seats in a 1-2-1 layout.

From behind the first class cabin until the overwing exits is the business class cabin. This is made up of 56 seats. In a six abreast 2-2-2 layout, window passengers won’t have direct aisle access. Separating business and economy is the premium economy cabin. With just one more seat per row, 28 seats are laid out in a 2-3-2 configuration.

Last but not least is the economy cabin. There are 189 seats in a largely 2-4-2 configuration (this reduces at the end with the taper of the aircraft accounting for the odd number of seats). A highlight for passengers traveling in economy on the A340-600 is down a staircase.

It’s not often that passengers can venture down into the hold on a commercial aircraft, but Lufthansa’s A340-600s have five restrooms underneath the passenger seating area. Of course, there are also options on the main deck should passengers with mobility issues require them.

Are you excited to see the return of the Lufthansa A340-600 reflected in the schedule? Let us know what you think and why in the comments! 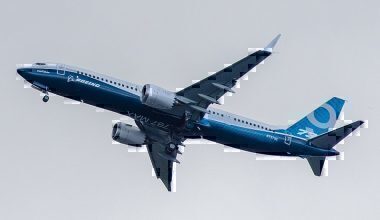 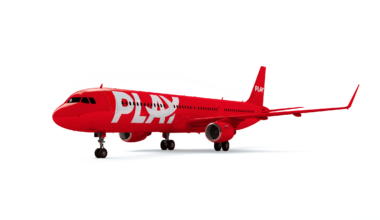 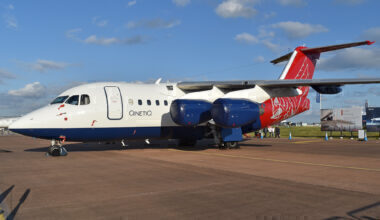