Lufthansa has announced some radical changes to their current international routes. This shakeup follows their recent insane news of reopening the worst flight in the world. So who are the winners and losers of the Lufthansa 2018 shakeup?

The colorful cultural hub of Texas has managed to pull in another direct route to Europe, with Lufthansa opening a flight to Frankfurt. It will be on a Airbus A330-300 and will operate five times a week (Skipping Tuesday and Thursday), starting on May 3rd, 2019.

Flight number LH 468 will leave Frankfort in the mid-morning, fly for 10 hours and arrive texas morning. It will then depart in the evening on the return and arrive at Frankfurt the following day.

This joins Lufthansa other two international routes to Texas, with services to Dallas Fort Worth and Huston

Munich residences and airport lovers rejoice as Lufthansa announces new routes from the southern German city to Bangkok. Intrepid travelers who wish to experience both the German Octoberfest and the Thai full moon festival can do so from June 1st, 2019.

LH792 will be flown by a brand new Airbus A350-900 daily between the two cities, departing each afternoon respectively (It will also be afternoon in Thailand when it departs).

The flight time will be around 11 hours

Unfortunately, Lufthansa has decided to suspend their 5x weekly flights between San Jose and Frankfurt.

Simply put, they already serve San Fransico, Los Angeles and San Diago with their fleet, and there was not enough demand for the slightly closer San Jose route.

“Now Lufthansa has quietly removed this flight from the schedule. Not only has it been removed from the schedule for winter, but it’s not showing for next summer either, so it looks like it’s being removed permanently.” – Ben Schlappig, a commentator at One Mile At A Time

One has to question if this is because of the tech bubble slow down in nearby silicon valley, but the flight itself (on an Airbus A340-300) is configured for leisure passengers (it only has 18 business class seats).

The throne single seat in the middle of the 1-1-1 configuration on the new Lufthansa 777x.

The route had been flying since 2016.

The Munich to Singapore route has greatly increased their capacity and frequencies, adding a sixth weekly flight (Up from five).

“We have definitely seen high demand and continuous growth for this route since we launched in March. Hence, we have decided to add one additional frequency to meet the market’s needs,” – Heiko Brix, Singapore Airlines Senior Director Of Sales.

It’s not uncommon for airlines to radically change what routes they serve, earlier this year we saw Etihad overhaul many of its routes (dropping several) to remain competitive.

Some airlines, like the new British Airways flight to Pittsburg, are created simply to take advantage of an excellent deal with an airport.

We expect to hear of more changes to come. 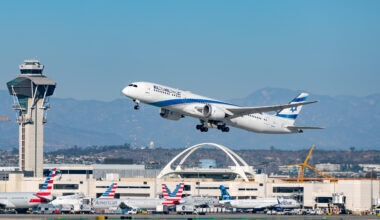 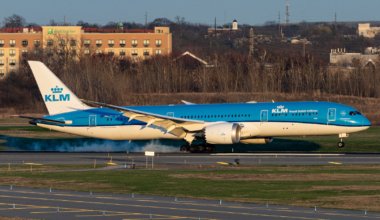