What To Expect From Lufthansa’s New Airline: Ocean

In July, Simple Flying reported that Lufthansa intended to launch a new leisure subsidiary called Ocean to target long-haul tourist destinations. The new brand was initially expected to commence operations in 2022, but it could now start flying as soon as spring 2021 and may also serve short-haul tourist spots.

What do we know about Ocean?

Lufthansa is in the process of applying for an air operator certificate for its new leisure brand, which goes by the name of Ocean. However, the airline has said that the Ocean name will not serve as the customer-facing brand name. The Lufthansa Group also revealed that the Ocean project is not just about long-haul flights, but also about short-haul services.

Advertisements for jobs with the new entity have already been posted, and the company announced internally that it plans to operate three long-haul services from spring 2021. Ocean will initially operate 11 aircraft from bases at Frankfurt and Munich, with other flights operating out of Dusseldorf.

The Ocean project is based on the blueprint of Edelweiss, the low-cost leisure branch of SWISS Airlines, which is also a part of the Lufthansa Group.

Earlier this month, Lufthansa announced that for summer 2021, it is adding 15 new purely tourist destinations to its services out of Frankfurt. That means it will be offering 70 weekly connections to 29 tourist spots in Bulgaria, Croatia, Cyprus, Egypt, Greece, Italy, Spain, and Tunisia.

The airline said its aim was “to actively shape the future of tourism” and that, even before the coronavirus pandemic, it had been their strategic focus. Harry Hohmeister, a member of the Executive Board of Deutsche Lufthansa AG, said,

“Never before have we included so many new vacation destinations in our program. This is our response to the wishes of our customers. The demand for vacation and leisure trips is recovering much faster than that for business trips. With Lufthansa, we already have a great and longstanding deal of expertise in tourist offers, and we are now resolutely expanding this as part of our strategy.”

Tickets for the flights are already available for booking. As a reassurance, flights purchased up to December 31, 2020, can be rebooked free of charge and as often as desired.

The German pilots’ union, Vereiningung Cockpit, has criticized the launch of Ocean, describing the timing as “unfortunate”. The union is also skeptical about Lufthansa’s intention to employ staff for the project without collective labor agreements. Union chief Markus Wahl said,

“The question arises as to whether Lufthansa has to spend so much money in the middle of the biggest crisis since September 11 to compete with the already ailing carriers Condor and TUI [TUIfly] in the tourism business. We expect years of losses during the start-up phase.”

Lufthansa confirmed that it had begun an internal recruitment scheme to employ 300 flight and cabin crew. However, the union says that they will effectively be reapplying for their own jobs, but on significantly worse terms.

Additional criticism has been drawn to the airline after it announced yesterday that it would be implementing further cost-cutting measures and more job cuts.

Do you think Lufthansa should be launching a new subsidiary at this time? Let us know in the comments. 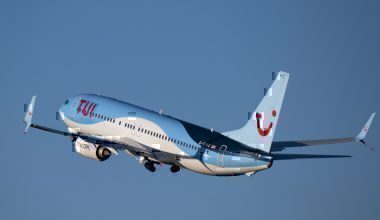 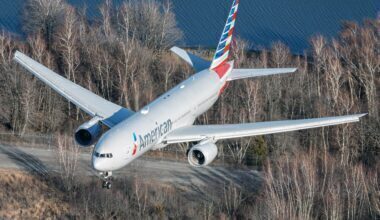