You don’t need to pinch yourself, you are not dreaming.

Lufthansa has suspended the worlds worst flight for the 2nd time in the last six months, as contractor airline Privat Air has gone bankrupt.

And boy what a journey it has been!

Why does this route exist?

Pune, India is a popular destination for German business travelers with several major German automobile manufacturing plants there, as well as IT firms.

It is the ideal destination for a ‘direct’ route from Frankfurt (Where several HQ’s are).

Many passengers might prefer to fly to Mumbai and drive to Pune (About 3 hours), but time and time again business travelers have shown a preference for a quicker, direct route. Its the reason that we are seeing more ultra-long haul flights (Like New York to Singapore) than ever before.

But, unfortunately, there is a slight problem with this route.

Why is it dubbed ‘The Worst Flight In The World’?

Essentially, the runway at Pune is too small to take widebody aircraft.

So Lufthansa has to fly their buisness class passengers on a narrow-body aircraft. In the past, they used a contracted airline Privat Air. They flew an all business class configuration aircraft between the two cities.

The original Privatair 737-800 that ran the route

That partnership ended, however, and Lufthansa decided to use a very small, all economy configured A319 instead.

‘Business Class’ on this plane was a normal 3 x 3 configured economy section with the middle seat converted into a tray table.

This is pretty outrageous if you consider just how much these business executives were paying Lufthansa.

So, in summary, you are paying almost $4,000 USD for a flight in economy that goes for 11 and a half hours… flight time.

That right, flight time. Not actual time. Because the A319 can’t actually get to Pune on one tank of gas. And where do you stop on the way?

The route was 11 hours and 25 minutes long and was 4159 miles / 6693 kilometers / 3614 nautical miles. An A319 has a range of 3,750 nmi or 6,950 km, thus the plane had to stop in Baku, Azerbaijani (GYD), and passengers were not be given the opportunity to disembark. Historically, the PrivatAir flight did fuel stops and crew changes at Bucharest, Romania (OTP).

As you can imagine, customers were not happy. So Lufthansa renewed the contract with Privat Air who at least had a bit of civilization on board with lie-flat seats.

But like all plans of Mice and Men, things go awry. Privat Air declared bankruptcy and Lufthansa had the ‘worlds worst flight’ back like a dark game of hot potato.

What will Lufthansa do from here?

Lufthansa has since suspended the flight for the 2nd time and is now formulating new plans. Simple Flying contacted them for a statement:

It is with great regret that Lufthansa has taken note of the insolvency of its long-standing partner PrivatAir, which was applied for yesterday (December 5, 2018). This insolvency has no direct operational impact on Lufthansa. In summer 2018 Lufthansa decided to suspend the cooperation for operational and commercial reasons until further notice. In the meantime, Lufthansa will fly to Pune from 1 November 2018 to 31 January 2019 as an interim solution with its own aircraft. The length of the runway in Pune only permits approaches by short-haul aircraft, which is why Lufthansa operates the connection with an Airbus A319; a short refuelling stop in Baku is therefore necessary.

Lufthansa is currently reviewing the next steps. Until clarification, the flights published with PrivatAir will not be bookable from February until further notice. This will provide planning security for our passengers.

Personally, I think they should scrap this flight and just encourage executives to fly to Mumbai, with a partnered / chartered service from there (A short 30-40 minute flight instead of a three-hour drive). 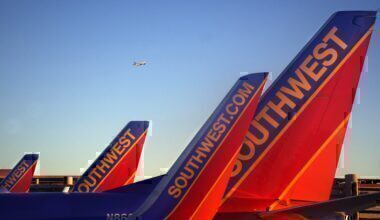