Footage has emerged on social media of a brawl at London Luton Airport (LTN) in the United Kingdom. The mass scuffle in the departure lounge by some of the airport’s duty-free shops reportedly led to four injuries and seven arrests yesterday.

Following the fight yesterday, video footage of the sizeable brawl began circulating on social media platforms like Twitter. The clips depict a chaotic scene in the airport’s primary airside departure lounge. Participants appeared to utilize bags and even pieces of furniture in the violent scuffle, which spread between rows of seats in the area.

While disorderly passengers are not unheard of, it is rare to see so many charging in for a piece of the action at once. The reasons for the brawl are hard to glean from the existing footage, as are the dynamics of the tussle as far as the groups of passengers involved.

In any case, it made for a shocking scene not typical of an average Friday morning in Bedfordshire. That being said, several of the onlookers and bystanders captured in the video seem to regard the confrontation with curious nonchalance. Many of those leaving the area did so calmly, with some even being as relaxed as to remain in their seats.

The footage of the fight is also audibly punctuated with loud shouts and screams, indicating the shocking nature of the incident. Once the dust had settled, the BBC reported that four people had been injured in the brawl. Three of these injuries were deemed serious enough for their recipients to be taken to hospital.

Meanwhile, Bedfordshire Police has made a total of 17 arrests in connection with the ugly melee. Those taken into custody for questioning were done so on suspicion of violent disorder. A “shocked and saddened” spokesperson for Luton Airport told the BBC that:

“We take a zero tolerance approach to violence and continue to assist the police with their inquiries. We would like to sincerely apologise to any passengers affected.”

Sadly, this is not the only incident along these lines that Simple Flying has covered in recent memory. Just last month, police arrested a man in Miami, Florida, after a brawl broke out at one of the airport’s gates. It appeared that the cause of the scuffle was a disagreement over the remaining standby seats on a particular flight.

Such scuffles are not limited to the ground. Indeed, two passengers on a KLM flight from Amsterdam to Ibiza were met by Spanish police upon arrival. They had been involved in an airborne tussle after refusing to comply with requests to wear face masks.

February this year even saw crew members come to blows with one another on a Donghai Airlines flight. This saw them sustain injuries such as a missing tooth and a broken arm. The Civil Aviation Administration of China (CAAC) swiftly penalized the carrier by refusing to allow it to apply for new routes for the foreseeable future.

What do you make of this incident? Have you ever witnessed something similar at an airport? Let us know your thoughts in the comments. 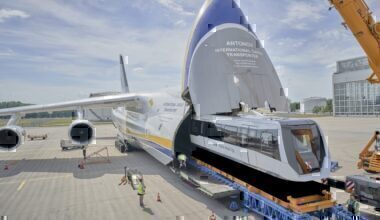 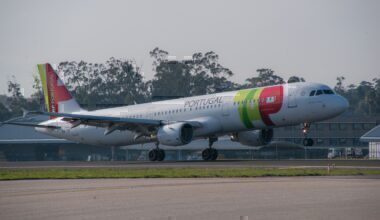 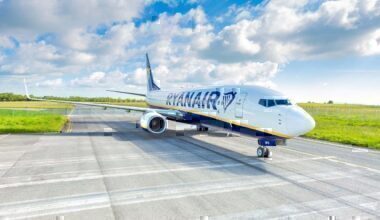