Malaysia Airlines Is Finding Success With Its Airbus A380: For Cargo

With the demand for passenger travel in steep decline, Malaysia Airlines is thinking outside the box to keep some of its planes in the air and workers working. Malaysia is one of the world’s biggest producers of personal protective equipment (PPE), and Malaysia Airlines is starting to carve out a niche for itself, operating flights to deliver the highly sought after products.

Indeed, demand is such that Malaysia is starting to pack cargo into the main cabins of its passenger aircraft and operate those flights as cargo-only flights. This is in addition to deploying its three dedicated A330 freighters.

Last week, Malaysia Airlines loaded a passenger A330 aircraft with personal protective equipment bound for Melbourne, Australia. Boxes of gloves and masks were tucked away in overhead lockers, under seats, and secured around the main cabin. In addition, the aircraft’s belly-hold was filled up. The plane flew down to Melbourne late last week and returned with a planeload of Malaysian nationals keen to get home.

Despite Malaysia’s movement control order set to expire on June 9, Malaysia Airlines looks to be digging in for the long haul and seeking for alternatives to passenger travel. Right now, the Kuala Lumpur based airline has 40 plus aircraft parked long term and some 20 to 30 planes in use. Malaysia Airlines is keen to keep as many aircraft flying as it can while also keeping as many of its workers working as they can.

Flying cargo, particularly PPE, around the world, is a starting point to achieve this. Given that Malaysia is a significant producer of rubber gloves and other PPE, the airline has a home-ground advantage.

They are looking beyond mid-size twin-engine jets too. Malaysia Airlines has approval to put cargo in the main cabin of its A380s. Captain Jacob Kurien, Manager of Flight Safety and Assurance at Malaysia Airlines, told Simple Flying that the airline has the green light to put cargo on the main deck of its 737, A330, A350, and A380 aircraft.

The seats won’t be removed. Instead, boxes can be secured under and on seats, in overhead lockers, and elsewhere in the cabin. The airline is only going to do this in the economy class cabin (the main deck on their A380s), preferring not to run the risk of damaging the luxe surrounds of their premium class cabins.

When you think about it, the idea makes sense. PPE like gloves and face masks are lightweight, don’t have sharp edges, and are unlikely to produce much wear and tear on seats. Still, it would be a hell of a job filling up all those overhead lockers and 420 seats on a Malaysia Airlines A380. That’s a lot of boxes to carry, seatbelts to secure, and unloading to do at the other end.

But as Malaysia Airlines told Simple Flying, it’s been busy redeploying its workers into roles outside their regular jobs. Tucking away boxes of gloves onto a jumbo might just be that. For the airline, it keeps some planes in the air and generates work for some of its employees. With no end in sight of the worldwide travel downturn, other airlines might soon be emulating what Malaysia Airlines is doing. 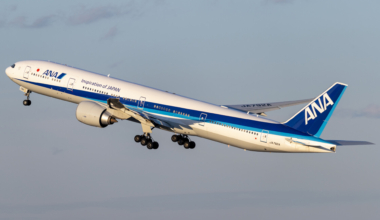 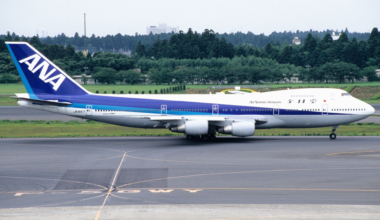 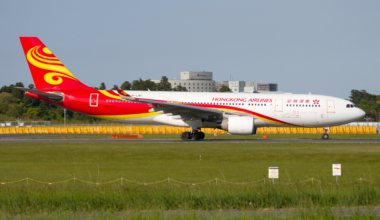 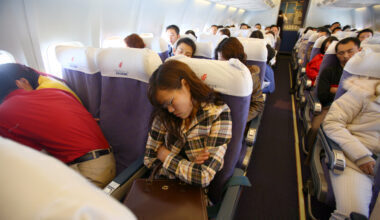 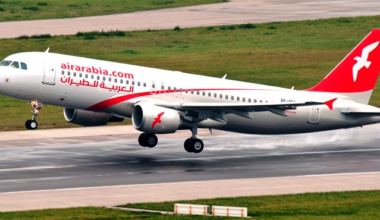