On my Southwest Airlines flight, a passenger without a mask was allowed to board the aircraft– seemingly contrary to the airline’s policies. This was to the dismay of many passengers onboard the aircraft. With more and more people traveling, masks have become one part of the travel experience designed to limit the potential of viral transmission onboard an aircraft. But, there is still a lot of room for improvement.

Since April, airlines have started to mandate masks for passengers onboard aircraft. However, enforcement remained a bit of a gray area. At first, airlines took a somewhat passive stance with limited consequences for passengers who violated the order. This was an issue on a Delta flight I took from early June where a passenger refused to wear a mask in economy and was bumped up to first to socially distance. 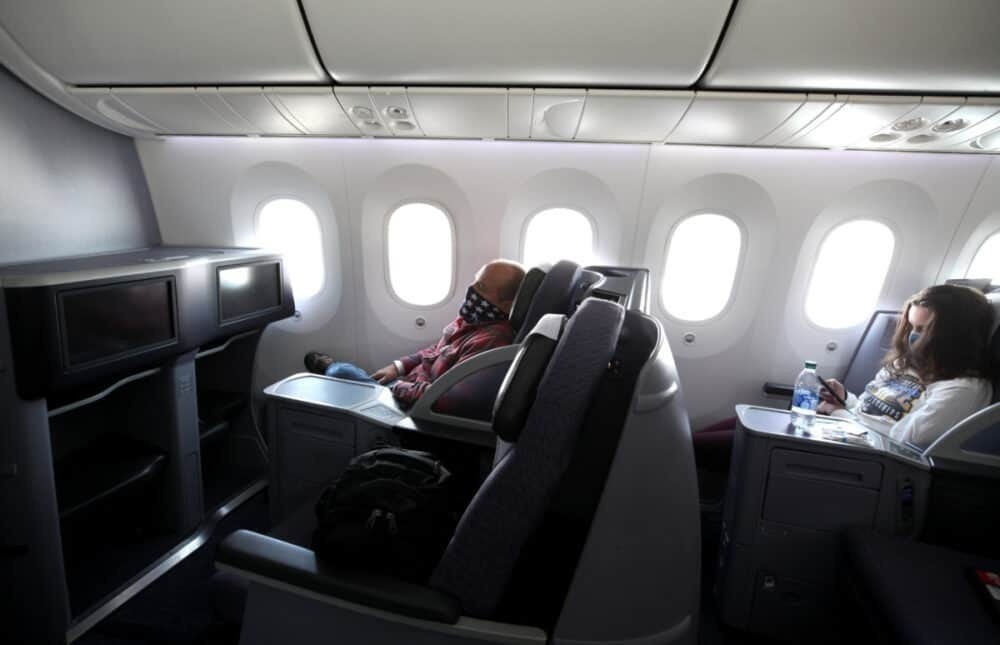 It doesn’t matter what cabin class you’re in, you have to wear a mask on a US airline. Photo: Getty Images

Since then, airlines have sought to strengthen mask policies. Now, if a person chooses not to wear a mask, an airline may remove the passenger and ban them from the airline for as long as the carrier maintains the mandated mask policy. JetBlue has done this, Delta’s done this, Spirit has done this, Alaska Airlines has brought up soccer in its mask policies, and American Airlines was one of the first do it.

Airlines have, however, had to make exceptions for those with underlying medical conditions or those unable to keep a face mask on. This, however, has undoubtedly led to the misuse of the policy, with some claiming it merely for the convenience of not wearing a mask.

Another issue has been how to verify medical conditions. Plenty have claimed patient privacy should not require people to disclose medical conditions to airline representatives. Although, this is a valid argument, there are still some ways around it. A medical letter that explains a need without going into details for a patient would be one way for airlines (and passengers) to be assured that people are not abusing the mask exemptions.

Calling on the federal government is a cop-out

The problem is that airlines are great at enforcing policies they love. If your suitcase is 51 pounds, airlines will gladly go ahead and charge you that excess baggage fees. If you self-upgrade on a flight (or even swap seats with someone you know), a flight attendant will ask you to go back to your seat. If you bring on a carry-on when it’s not in your fare, your airline will charge you. Agents and flight attendants have no problem enforcing those policies.

Masks have become incredibly politicized in the age of coronavirus. Peer-reviewed scientific research– hundreds of studies– show that masks help reduce viral transmission. Public health officials with years of training are stating that masks will help when social distancing is not always feasible. For very few people would wearing a mask create a detriment to breathing.

Having taken 12 flights since the mask mandates have gone in place, I can attest that masks are a little uncomfortable and make for a different travel experience. But, at the end of the day, I will wear a mask on my flights out of the interest of public health.

Tell us why you will wear a mask on your next flight in the comments!