Middle Eastern Airlines (MEA) has made progress on its deliveries of new Airbus aircraft. The Lebanese flag-carrier is set to be a launch operator of the A321XLR but it has brought forward its orders of Airbus’ other ranges, the A321neo and the A333neo.

Flight Global reports that MEA originally planned to introduce five new A321neos next year, spreading the launch of six more on the type in subsequent years. However, the company’s full-year accounts confirm that it will now introduce nine A321neos in 2020 and then two more in 2021.

Along with this, the airline also initially proposed to spread the deliveries of four A330s evenly between 2021 and 2022. However, that plan has also changed as MEA will now take all four of the aircraft in 2021. Additionally, the company has opted to take on a further four A321s to bolster its fleet.

It’s not just these models that MEA is interested in from Airbus. During this year’s Paris Air Show, it was announced that the carrier will become the launch customer for Airbus’ upcoming A321XLR.

This range is set to become the world’s longest-range single-aisle aircraft, reaching 4,700 nautical miles. It will also have 30% less fuel burn savings per seat compared to the original A321. MEA made four orders for the A321XLR, showing the airline’s determination for growth in the next decade. These units are expected to arrive in 2021.

According to Planespotters, the Beirut-based firm currently holds 13 A320s and five A330s. At the moment, the whole of its fleet is supplied by Airbus. However, the airline previously held four Boeing 747s but gave the last one up in 1998. This loyalty has been rewarded by Airbus, allowing it to become the launch customer of the important new project.

Despite its modest size, MEA is a well-operated airline. The company generated a profit of LL126.3 billion ($84 million) last year. They also saw an 8.2% increase in revenue from the previous year. Along with this, the airline has had positive reviews for its customer service when traveling on its jets.

Even though it operates in a sensitive area, the carrier still stands strong since its launch in 1945. The veteran airline now serves over 30 domestic and international destinations with its group of 5,000 employees. The majority of its routes serve regional destinations in Middle Eastern countries such as Iraq, Saudi Arabia, and Turkey. The operator is backed by the Bank of Lebanon, which owns 99.5% of its shares.

Simple Flying reached out to Middle Eastern Airlines for comment on its orders but did not hear back before publication. We will update you on any further announcements.

What do you think of MEA’s orders? Let us know your thoughts on the move in the comment section. 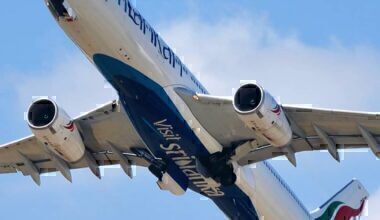 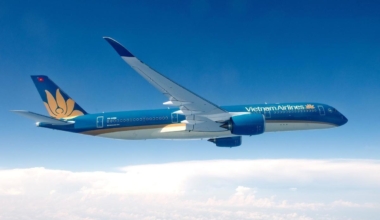 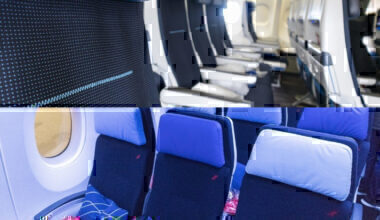