As you might well have guessed by now, Icelandic startup MOM air was nothing more than a ruse. The colorful character posing as the airline’s CEO was really an undergraduate artist in Iceland, and this was part of his final project.

MOM air was an art project

Just as we suspected, MOM air was fake. After stringing us along for a couple of weeks, ‘founder’ and artist Oddur Eysteinn Friðriksson, AKA Odee, has come clean. The media releases, press conference, marketing material and website were all bogus, and were actually all part of an art project for his BA in Fine Arts at Iceland’s University Of The Arts.

In a statement today, Odee said,

“The presentation in front of the audience today is just the tip of the iceberg, showcasing a glimpse of the living artwork which calls society it’s home. People from around the globe have interacted with the piece in some way shape or form. With over 30 global news articles, radio interviews, and more the global phenomenon MOM air reached millions and literally turned their reality upside down.”

We can’t say for sure how many people bought the idea of MOM, but the press conference yesterday attracted over 100 live viewers on Facebook, and has been viewed more than 10,000 times since. Oh, and if you’re wondering why the branding was so similar to former Icelandic carrier WOW air, Odee’s portfolio includes ‘Packaging design and promotional material for WOW air’.

It seems, in Odee’s eyes at least, the project was a success. He said,

Simple Flying attended the press conference yesterday for MOM Air, more out of curiosity than anything else. While the setup was believable, with a banner backdrop and even a ‘conference style’ coffee cup on the table, the details of the plan for the airline were less than believable.

First, there was the notion that toilet rolls and hand soap would not be provided. Odee suggested that, by not giving away these essential items and getting passengers to bring their own, his ultra-low-cost model would work better. He said,

“We trust that our passengers can bring their own toiletries and put them in their hand luggage. And especially for environmental purposes, we recommend that you bring multi use toilet wipes. This will lower the cost of each seat.”

While bring your own toilet paper is perhaps not the most ludicrous idea we’ve ever heard, it only got worse when he moved on to life vests. He said,

“Life rests only provide psychological comfort. Experts have questioned their value when passengers need to evacuate quickly. For example, in the Hudson River crash, there were 150 passengers and only four passengers actually put the life vests on correctly. In modern aviation history, a life vest has not saved a single life. So, we aim to sell our own life vest that will be reusable, You will be able to use them on your vacation, you can take them to the pool or the beach, you take them on a boat trip, and you can take them on the plane.”

We think international safety regulators would certainly have something to say about airplanes flying with no life vests. While we were already smelling a rat by now, the crunch came when our own Tom Boon asked Odee about airport slots. The ‘CEO’ had indicated he would be launching flights to London Heathrow which, as we know, is very difficult to get slots at. Odee said,

“That’s something that’s a question for the experts. But, as you can imagine, we’ve been working in COVID times, and not a lot of airlines have actually been operating or planning on doing flights. So we’ve been able to do a lot of very successful and good deals.”

If Odee thought he could get slots for Heathrow in time for a March launch, he would be very sorely mistaken. But, of course, there was no launch, the was no airline, just a lot of disappointed aviation enthusiasts and one smug artist.

Why did he do it? We really don’t know, but he offered us this brief statement on the reason behind it:

“If you ask why? I think it’s quite obvious but also very dependent on where and how the viewer enters and interacts with the artwork. The artwork is multi-layered and full of meaning. It will take me months to dissect the pure amount of data for future exhibition purposes.” 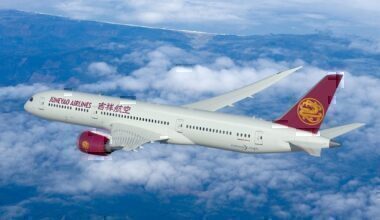 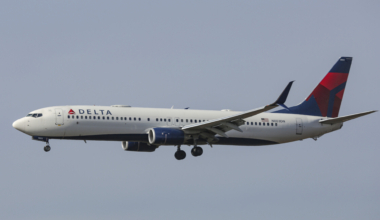 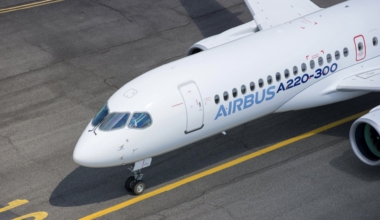