The Airport Served By A Narrow Gauge Steam Railway

Particularly nowadays, in the age of low-cost carriers, the cost of airport parking can often exceed that of your flights themselves. As such, many passengers look to public transport as a cheaper way of accessing their chosen airport. Many airports have their own train stations, but one of these is rather smaller and more old-fashioned than most.

The airport in question

To answer the big question, the airport whose railway connection comes in the form of narrow gauge steam trains is that of the Isle of Man. Located in Ronaldsway in the parish of Malew (one of seventeen on the island), Isle of Man Airport (IOM) is situated just seven miles (11 km) from Douglas, which is the capital of the British Crown Dependency.

The airport opened in 1928, and commercial services began in 1934. It was then taken over by the Armed Forces when the Second World War broke out, becoming known as RAF Ronaldsway. Commercial service recommenced in the post-war era, and, today, the airport boasts two runways, the longest measuring 2,110 meters. Loganair and easyJet serve the airport, operating flights to various destinations in the UK and the Channel Islands.

Why a narrow gauge steam railway?

But why is it that Isle of Man Airport’s railway station is on a narrow-gauge steam railway? The fact of the matter is that this is the kind of rail-based infrastructure that has always served the island. Today, a 15.3-mile (24.6 km) line operates between Douglas and Port Erin serves the south of the island, but the network previously spanned 46 miles / 74 km.

One of the stops along this line, whose rails are just 91.4 cm apart (rather than the UK standard of 143.5 cm), is none other than Ronaldsway Halt. This single-platform station is situated just 600 meters away from the terminal entrance, a walk that only takes seven minutes. It opened in 1967 to compete with taxis and buses for airport passengers.

The station is a request stop, with passengers needing to notify the train’s guard to alight. When boarding the train there, they must signal to the driver that they want the train to stop for them. The station was rebuilt in 2001 as part of a wider overhaul of the whole line.

Not currently in use

While the idea of catching a steam train to the airport is certainly an interesting one, it is sadly not possible at the time of writing. The Isle of Man Railway’s July-September 2021 timetable has omitted Ronaldsway Halt from its schedules. The operator explains that “Ronaldsway Halt will not be in operation for the duration of this timetable.”

While the reason for this omission is not given, it may well be a consequence of coronavirus. With fewer people presently traveling by air, it would make little sense for the railway to dedicate resources to serving the airport. It will surely hope that there will be a strong enough recovery for the line to serve the airport once again in the future.

Did you know that Isle of Man Airport was served by a narrow-gauge steam railway? Perhaps you’ve even traveled there by train yourself? Let us know your thoughts and experiences in the comments! 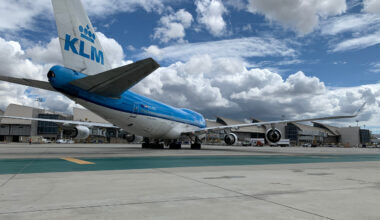 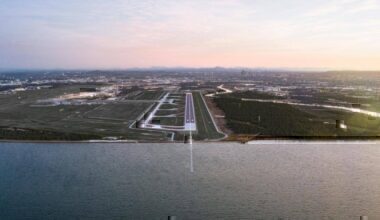 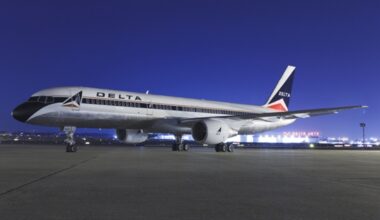 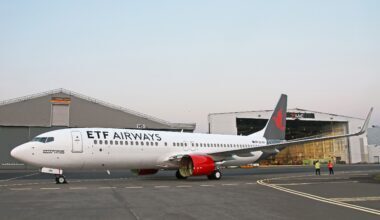