NASA Joins The Electric Plane Race: What To Expect

As companies consider the future of commercial aviation, sustainability is becoming an increasingly important aspect of their plans. With a responsibility to lower the industry’s environmental footprint, several groups are developing electric aircraft. The latest to do so is none other than the National Aeronautics and Space Administration (NASA).

The latest entrant to the electric race

Since its formation in 1958, Washington DC-based NASA has strived for innovation in the fields of aeronautics and space research. As such, it is perhaps unsurprising that the company is throwing its hat into the ring to produce a commercial aircraft powered by electricity. The Guardian reports that it has been researching this area for a decade.

The result of its research is a small electric plane known as the X-57 Maxwell. Work on this project is taking place at the Armstrong Flight Research Center at Edwards AFB, California. NASA’s Glenn Research Center also operates a test facility for electric flight in Ohio. Its manager, Jim Heidmann, is confident in the future of such technology. He states:

“Industry used to scoff at the idea of electric planes but that’s no longer the case; they are very interested in this.”

Electric aircraft aren’t expected to take the place of present jetliners like the Airbus A320 or Boeing 737 families. Heidmann observes that a battery-powered of this size is “just not feasible, it would be too heavy to take off, let alone fly. Weight is quite a bit more important for planes than cars.” As such, the X-57 Maxwell is rather more modest in its dimensions.

Specifically, NASA expects its new electric plane to have just two seats, and a range of around 100 miles (160 km). In terms of how fast the X-57 will cover this distance, its projected cruising speed is a reasonable 172 mph (277 km/h). Nonetheless, it represents a starting point for NASA, which aims to “[phase] in electric flights for Americans within the next 15 years.”

The limits of the X-57’s capacity could call into question the scalability of such technology. After all, two-seater aircraft are more of a staple of general aviation than commercial airline services. However, electric flight may be a reality for small airliners in years to come. For example, Finnair has signed a letter of interest for 20 19-seat ‘ES-19’ electric aircraft.

While 19 seats don’t seem like much, this is similar to that offered by the de Havilland Canada DHC-6 ‘Twin Otter.’ This is a popular design for island-hopping services, so there is certainly a market for such aircraft in terms of their capacity.

The limited range of electric aircraft may also not be such a significant obstacle, given the planned operators of certain designs. For example, 74% of Norwegian regional carrier Widerøe’s pre-COVID routes were less than 170 miles (275 km) long. Excitingly, the airline is expecting to introduce a Rolls-Royce-powered electric design this decade, in 2026.

What do you make of NASA’s electric aircraft? Do you think such designs will become commonplace, or will technology like hydrogen be the future of sustainable aviation? Let us know your thoughts and predictions in the comments. 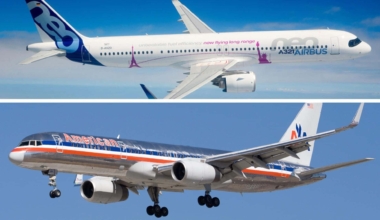 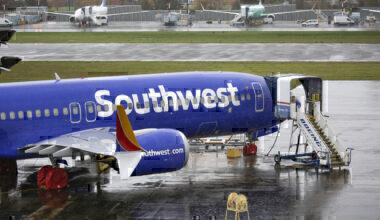 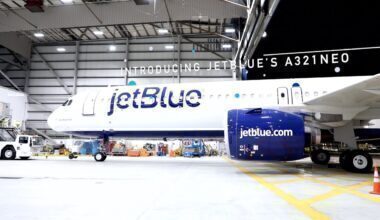