Sustainable Flying: What Options Are There For Net-Zero Flights?

IATA recently declared an industry-wide target of net-zero CO2 emissions by 2050. Roadmaps and strategies on how to get there may differ from airline to airline. However, apart from increasing operational efficiency and other measures such as AI-supported flight planning, the projected significant strides revolve around three main pillars.

Aviation needs to have a place in a sustainable future

If the past year and a half have taught us anything, it is how fundamental aviation is not only to the world economy but to our ever-increasingly global living. Since the start of the pandemic, families and loved ones have been separated, kept apart by travel restrictions and route cancellations. Global supply chains have faltered, and livelihoods tied to the tourism and aviation industries have been threatened.

While international flying accelerated the spread of COVID-19, it has also played a massive role in combatting it. Airlines and voluntary crew have flown shipments of personal protective equipment and other medical supplies across the globe. Cargo operators have installed the latest pharmaceutical logistics technologies in order to safely ship vaccines worldwide.

All this to say that to imagine a world without aviation is near-unthinkable on so many levels. And yet, something has to give. Today, aviation is responsible for about 3% of global CO2 emissions. If nothing is done to curb the pollution from the industry, this figure is set to triple over the coming decades.

A pivot towards decarbonization is not only necessary from an ecological standpoint and the ethical thing to do. For aviation as an industry, it is also a matter of survival. As such, net-zero by 2050, a target adopted by most of the sector, also makes perfect business sense. Unfortunately, aviation is also one of the most challenging industries to decarbonize. But just what are the options to get there?

Aviation has a few problems it needs to solve to reach net-zero flight. The most obvious is a pivot away from fossil-based jet fuel. Sustainable aviation fuel (SAF) is one of the industry’s best bets for reducing emissions; current advanced biofuels emit up to 80% less CO2 than conventional jet fuel. Most aircraft now being produced are certified for a 50% SAF blend – and Rolls-Royce recently flew a Trent engine on 100% sustainable fuel.

A new promising CO2 electrolysis technology produces aviation fuel that emits as much as up to 90% less over its lifecycle. KLM completed a flight powered by such synthetic kerosene produced by Shell in February this year, while Lufthansa is looking to take 25,000 liters of the fuel per year for at least five years.

Albeit not entirely zero-emissions, advanced biofuels and synthetic kerosene drop-in fuels are most certainly a tremendous step towards decarbonization. However, they remain in short supply as well as expensive. Their impact will depend on regulatory incentives and investments for production to scale up – the sooner the better.

Meanwhile, in order to make up for the remaining percentages and reach net-zero, operators would still need to resort to carbon offsets. But more on that later. First, let’s take a look at the two main propulsion technologies on which the industry – and the planet – is placing its hopes.

When it comes to hydrogen-powered flight, proving the technology is not exactly the problem. A Russian Tupolev-155 flew on liquid hydrogen back in 1988. Liquid hydrogen is easier to store onboard an aircraft than gas. However, it does need to be kept at -253 degrees Celsius. This means heavier tanks and a significant redesign of current aircraft models – a task Airbus has set itself with its ZEROe project.

The European planemaker is planning to have a hydrogen-powered aircraft ready for service by 2035. Whether or not that will be the blended-wing body (BWB) with its exceptionally wide interiors to open up space for storage remains to be seen. Guillaume Faury, Airbus CEO, says he believes that hydrogen has the potential to reduce aviation’s climate impact significantly. Meanwhile, over at Boeing, the tone is a little more cautious.

“Our belief is that it will take a while for all the technology and elements of hydrogen propulsion to be worked out before we can get to . . . commercial use. Our belief is that sustainable aviation fuels are a higher near-term priority,” Sean Newsum, director of environmental strategy at Boeing Commercial, told the Financial Times in March this year.

Hydrogen may not power the significantly polluting long-haul segment for a long time to come. However, hydrogen-electric aircraft developer ZeroAvia just announced that it intends to launch a 19-seater aircraft into passenger service between the UK and the Netherlands by 2024. In a partnership with Alaska Air Group, the carrier’s regional Q400s could be flying on hydrogen as early as 2026.

Hydrogen burns clean. However, its extraction is not emissions-free. In order for flight powered by hydrogen to be genuinely zero emissions, it would need to fly on so-called ‘green hydrogen‘. This is extracted through a method that does not produce greenhouse gases. At the moment, green hydrogen accounts for less than 1% of global hydrogen production. However, a new project called the Green Hydrogen Catapult Initiative is set to increase production 50-fold in the next six years.

Urban mobility eVTOLs are set to change city landscapes and commutes as we know them. But how about commercial aviation? Regional air traffic is set to benefit from aircraft currently in the pipeline, such as the 19-seater ES-19 from Heart Aerospace. For instance, Norway is aiming for all domestic flights to go electric by 2040.

United Airlines has already signed up for 100 of the ES-19 and intends to have them in service by 2026.  Brazilian planemaker Embraer recently operated the first successful flights with its EMB-203 Ipanema testbed. NASA is also developing a small experimental electrical airplane known as the Maxwell X-57 by modifying a Tecnam P2006T.

Electric flight is indeed an attractive option, with greater efficiency, much less noise pollution, and zero emissions. Electric engines may also require less maintenance than combustion engines. However, current battery technology remains insufficient to power larger aircraft. The weight of the batteries is also an issue, affecting, among other things, the range and take-off performance of an airplane.

They also do not decrease in weight during flight, as is the case with fuel when it burns. Technological issues like these are what cause airlines such as Ryanair to doubt the usefulness of electric planes for their operations in the immediate future. Meanwhile, European LCC competitor easyJet is mulling over its options.

As with hydrogen, not all electricity is created equal. In order to produce zero emissions, electric energy must come from renewable sources. This means that it will require non-sector-specific regulations and governmental support and pivots towards an overall greener economy in many parts of the world for electric flight to make any sizeable dent in aviation’s piece of the emissions pie in the years ahead.

What about carbon offsets?

While carbon offsetting from airlines (and those passengers who choose to engage in it voluntarily) is commendable, the practice is not without its issues. Offsetting means calculating the emissions from a flight and then purchasing ‘credits’ from projects aimed at reducing emissions elsewhere. Many such projects involve planting trees to absorb CO2 from the air.

However, often declared with much publicity and fanfare, airline offsetting programs promising ‘carbon neutral’ flights might actually detract from other climate commitments, experts warn. Critics also say that offsetting is merely ‘pushing the problem away’ – and in the meantime, emissions in the atmosphere are still increasing. So while carbon offsetting might be a temporary band-aid, it should not be allowed to become a net-zero crutch.

Where do you think airlines need to place their focus? Where should the majority of investments go? Leave a comment below and join the conversation. 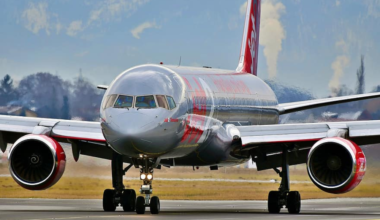 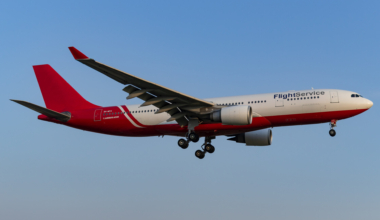